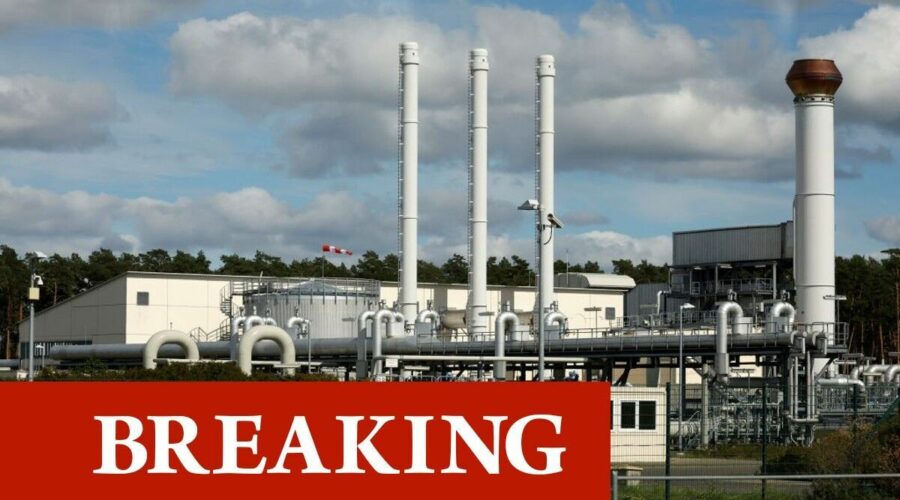 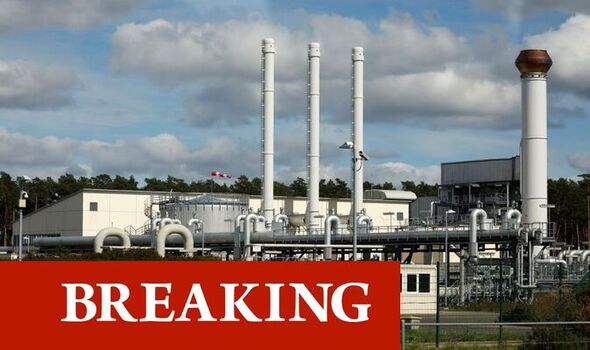 According to Russian state-owned news agency TASS, Russia’s supervisory body on ecological, technological, and nuclear issues Rostekhnadzor issued a warning to Gazprom after detecting malfunctions on the pipe.

Gazprom has reportedly contacted German manufacturer Siemens about the need to repair the pipeline.

The pipeline was poised to restart tomorrow after being closed for three days for maintenance.

Nord Stream 1, which runs under the Baltic Sea to supply Germany and others, was running at 20 percent capacity even before flows were halted.

Russia claim this was the result of faulty equipment.

However, it has now been suspended indefinitely.

But Brussels says this is a pretext and Russia is using gas as an economic weapon, which the Kremlin continues to deny.

The Nord Stream 1 pipeline stretches 1,200km (745 miles) under the Baltic Sea from the Russian coast near St Petersburg to north-eastern Germany.

It opened in 2011, and can send a maximum of 170 million cubic metres of gas per day from Russia to Germany.

When the pipeline was believed to reopening tomorrow, the president of Germany’s network regulator said the country would be able to cope, as long as the flows continued.

Klaus Mueller told Reuters: “I assume that we will be able to cope with it.

“I trust that Russia will return to 20 percent on Saturday, but no one can really say.”

But German Economy Minister Robert Habeck told the Financial Times that the move has already forced some German companies to stop production, a development he said was “alarming”.

Mr Habeck said: “It’s not good news, because it can mean that the industries in question aren’t just being restructured but are experiencing a rupture – a structural rupture, one that is happening under enormous pressure.”

Cutting off the supply indefinitely, therefore, could spell disaster for the German economy and will have knock-on effects for the rest of the continent, if it continues.

She was speaking after Gazprom said it would suspend gas deliveries to the French energy company Engie.

Mr Petrov claimed the only thing stopping Russia supplying gas with the pipeline were Western sanctions – although failed to explain how they were doing so.

Earlier this month, German Economy Minister Habeck said the pipeline was fully operational and said there were no technical issues as claimed by Russia.

Last week it was revealed Russia has been burning off an estimated $10m (£8.4m) worth of gas every day at a plant near the Finnish border.