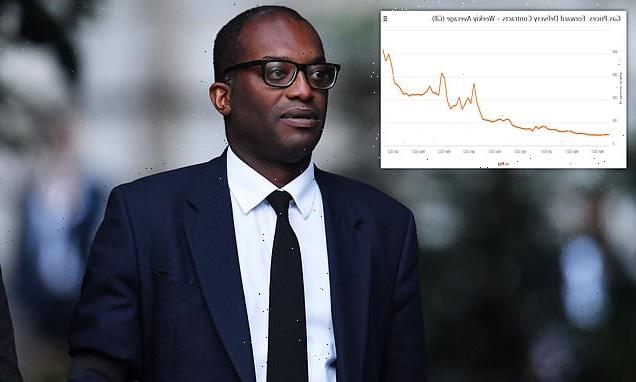 No10 today moved to cool rising business fury at the lack of support with spiralling energy.

Liz Truss vowed that industry will get a bailout equivalent to that for households, which will see bills frozen at £2,500.

However, details of the package have yet to emerge – with fears it could be weeks before the final shape is clear.

The PM’s spokesman promised today that more information about the support will come next week.

And they said that the package will be backdated to October 1 so that increasingly desperate firms do not miss out.

‘We will confirm further details of the business support scheme next week,’ the spokesman said. 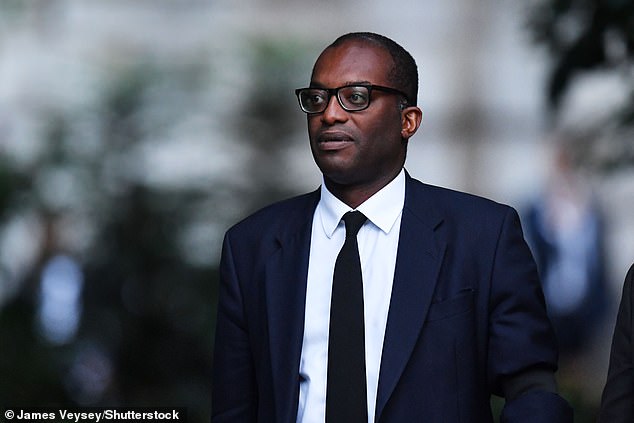 The PM’s spokesman promised today that more information about the support will come next week, when Kwasi Kwarteng is due to deliver an emergency budget

Businesses have been struggling to deal with spiralling wholesale gas prices

‘The scheme will support businesses with their October energy bills and that includes through backdating if necessary.’

It is understood that the new scheme could require new legislation, but Downing Street said that was still being ‘worked through’.

The spokesman said the government has been speaking to energy companies and businesses to provide ‘reassurance’.

‘We did recognise there is concern about the support but what we are saying is that we will be providing the support to cover their October bills,’ they said.

‘We’re still working through exactly whether it will need legislation.’

Almost all day-to-day politics has gone on hold with the country in a period of mourning to mark the death of the Queen.

But Chancellor Kwasi Kwarteng is expected to unveil an emergency budget to cut taxes and flesh out the energy support next Thursday or Friday.

The Government has insisted that any delay is not due to the death of the monarch, but more down to the challenge of devising a fresh scheme from scratch.

‘We’re having to build a brand new system to deliver this support, rather than using the existing one,’ the spokesman said.

The household scheme, which will be paid for with tens of billions of pounds of borrowing, guarantees that for two years bills for the average home will not increase past £2,500, saving typical households around £1,000.