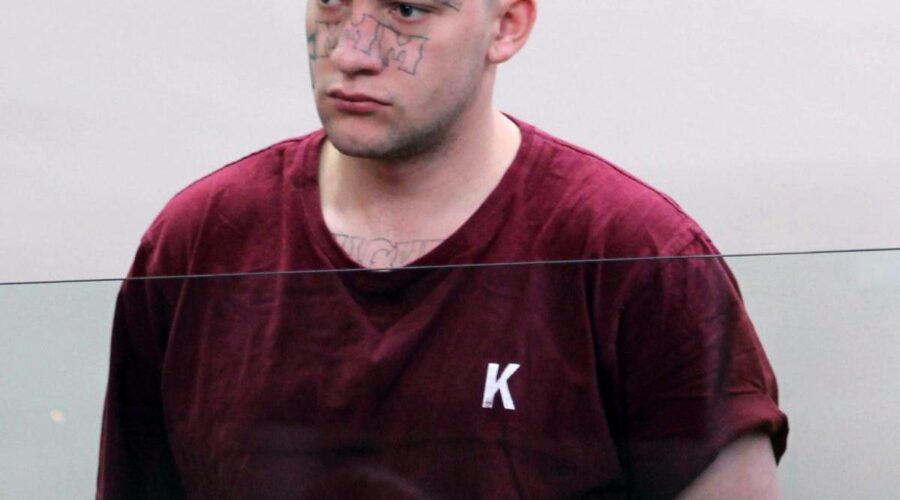 A man who stole a police car and pistols then rammed another patrol vehicle looks set to serve his entire sentence after being transferred to the country’s only maximum-security jail.

Hori Irimana Tenaku Winiata Kemp Gemmell, 26, made headlines with the crimes he committed in August 2019 in Gore, which resulted in a two-day manhunt.

Police tried to pull him over on a rural road but when he realised he was being followed he ploughed into the police car then fled on foot.

Officers chased Gemmell but he doubled back and commandeered the patrol car, locked the door then sped off as his pursuers tried to smash a window to apprehend him.

The fugitive hit another police car then disappeared with two Glock pistols, each loaded with 17 rounds, after he unlocked the vehicle’s firearm safe.

Gemmell was jailed for three years, one month and another three months was added after the prisoner attacked a fellow inmate last year.

At a hearing last month, the Parole Board noted there had been a pattern of wayward behaviour which had resulted in Gemmell being classified as a maximum-security prisoner and transferred to Auckland Prison, better known as Paremoremo.

He had been involved in 17 “incidents”, panel convener Tania Williams Blyth noted, 11 of which had been escalated to formal misconducts.

Gemmell accepted he had no chance of parole and “did not appear particularly enthusiastic”, she said.

The man voiced his frustrations over his security categorisation, which would be reassessed in February.

“Mr Gemmell no longer sees the point in trying … There have been lots of barriers and every time he gets over one, there is another one,” Williams Blyth said.

The prisoner told the board he wanted to return south to be closer to his support.

“During the discussion, Mr Gemmell got a bit hoha [upset],” Williams Blyth said.

“Towards the end of the hearing, he became a little more positive. If he makes it back to Invercargill Prison he will be more motivated. He wants to get back to his family.”

The Parole Board voiced concerns that should Gemmell remain at maximum or high security it might mean he would see out the whole sentence without getting the treatment he needed.

Williams Blyth requested a psychological report “to consider Mr Gemmell’s risk, treatment needs and the appropriate way forward, including assessment of his release plan if he has one”.

He will see the board again in June.

His sentence ends in December next year.

09/12/2021 World News Comments Off on ‘No point in trying’: Prisoner to serve entire sentence, transferred to maximum security
Markets