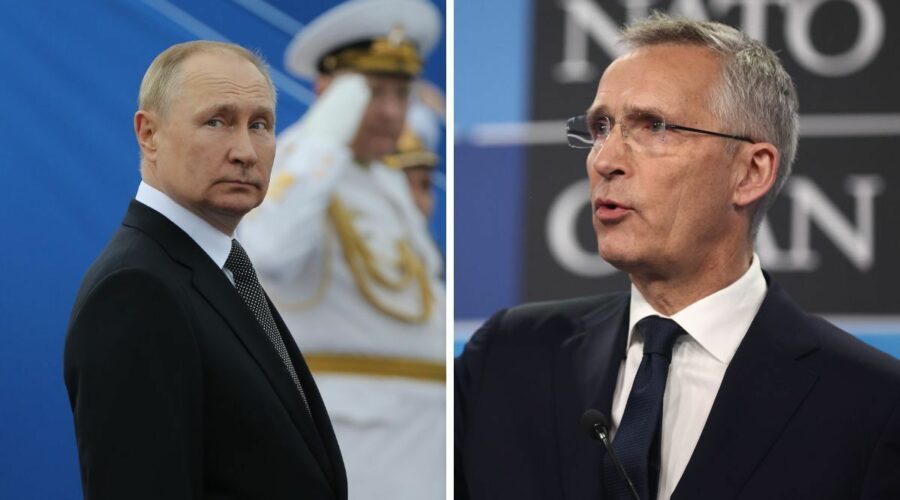 NATO Secretary General Jens Stoltenberg issued the warning on Friday. He said: “We realise that the importance of the High North is increasing for NATO and for Canada. Because we see a significant Russian military build-up, with new bases, new weapons system, and also using the High North as a testbed for their most advanced weapons including hypersonic missiles.”

The comments came during a press conference held with NATO and Canadian Prime Minister Justin Trudeau.

Mr Stoltenberg said: “It has opened hundreds of new and former Soviet-era Arctic military sites, Including airfields and deep-water ports.

“Russia is also using the region as a test-bed for many of its novel weapon systems. 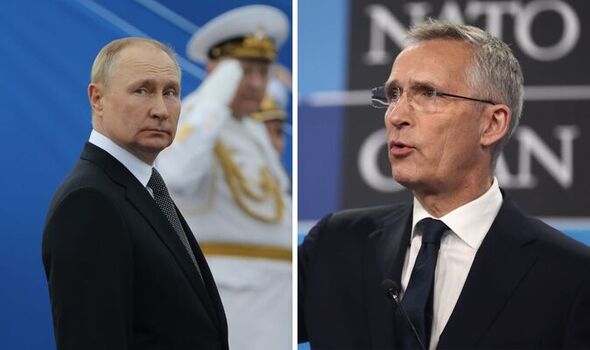 “China is also expanding its reach. It has declared itself a ‘near Arctic’ state, plans to build the world’s largest icebreaker, and is investing tens of billions of dollars in energy, infrastructure, and research projects in the High North.

“Beijing and Moscow have also pledged to intensify practical cooperation in the Arctic. This forms part of a deepening strategic partnership that challenges our values and interests.”

As a result, NATO has established a new command for the Atlantic, with allies including Canada. 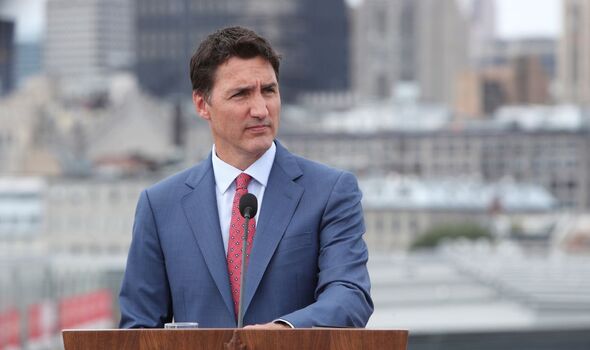 The secretary general also spoke about the difficulties climate change has had on their response in the area, adding that “climate change will require us to transform fundamentally our approach to security and defence”.

Since Russia invaded Ukraine on February 22, Canada has supplied Ukraine with military equipment, financial and humanitarian aid, and training for soldiers.

President Trudeau said in response: “We are proud members of NATO. We will continue to work with NATO in everything we do and ensure that NORAD is fully equipped to defend North America.

“NORAD is the one place in the world where countries actually share their territorial defence with another country.” 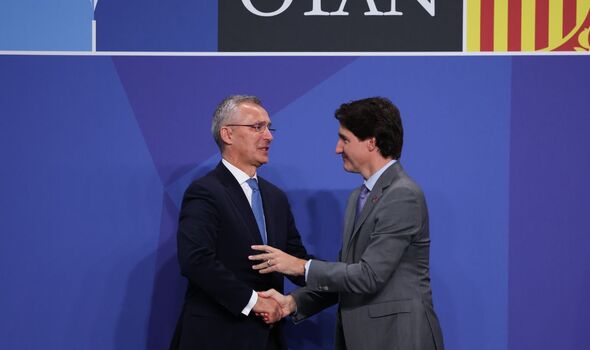 NORAD (North American Aerospace Defence Command) is an organisation that provides protection for Canada and the United States.

Putin’s presence in the area is causing concern for NATO and NORAD, resulting in an increased response.

Mr Stoltenberg said NATO was planning on “modernising NORAD” and introducing “different exercises up in the High North”.

There were exercises held this year with armed forces from the US, France and Denmark taking part.