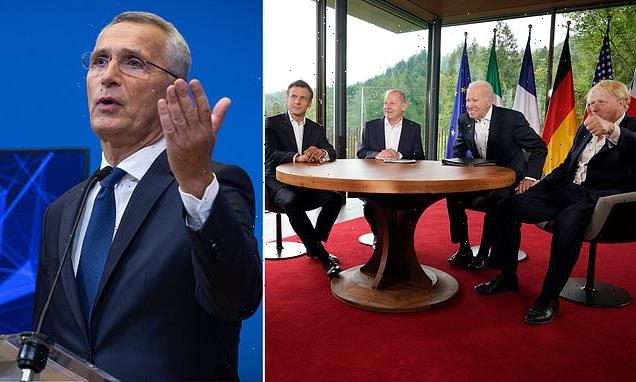 NATO will face up to the growing ‘challenge’ from China for the first time today as leaders lay out a new long-term plan for the alliance at a summit in Spain.

Defence ministers meeting in Madrid will label Beijing ‘a challenge to our interests, our security and our values’ in strategy documents laying out priorities for the next 10 years, marking the first time it has been mentioned by the Russia-centric group.

Jen Stoltenberg, head of NATO, said Moscow will remain top priority as the allies ramp up troops on alert in eastern Europe from 40,000 to 300,000, but added that ‘other threats and challenges that we must address have not disappeared.’

Meanwhile G7 leaders meeting in Germany were preparing to wrap up their summit – which has also been dominated by Russia – today with a joint statement condemning ‘harmful’ Chinese trade practices, in another sign of the changing times. 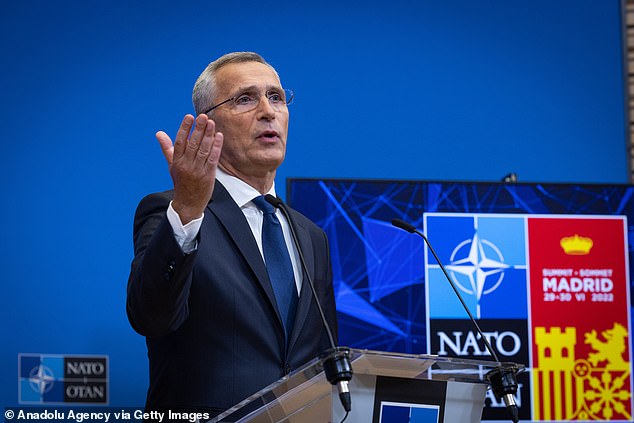 Jens Stoltenberg, chief of NATO, said the alliance will agree to tackle the growing ‘challenge’ of China for the first time in new strategy documents to be released today 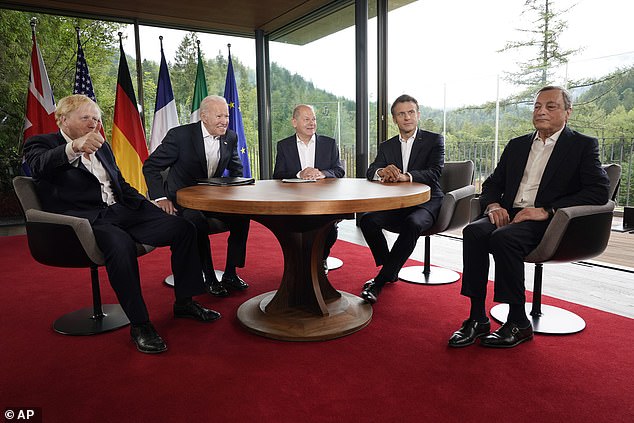 G-7 leaders are set to wrap up their summit in Germany with a statement condemning ‘harmful’ Chinese trade practices, in a sign of shifting priorities

World leaders will ‘release a collective statement, which is unprecedented in the context of the G7, acknowledging the harms caused by China’s non-transparent, market-distorting industrial directives,’ a US official said.

Meanwhile Stoletnberg, speaking to the Financial Times ahead of the NATO meeting, insisted the alliance does not see China as ‘an adversary’.

But, he added, ‘we need to take into account the consequences of China’s heavy investments in military capabilities, long-range nuclear weapons and efforts to take control of our critical infrastructure when we address how to ensure Nato will remain the most successful alliance in history.’

Beijing is investing heavily in new naval forces including aircraft carriers and militarised island bases in an attempt to project power into the South China Sea.

It is also increasingly menacing Taiwan – an island-state that Beijing views as a breakaway province, and which Xi Jinping has threatening to ‘reunify’ by force.

President Biden has signalled that competition with China in the eastern Pacific is his top priority, and has been forging new alliances in the region to counterbalance Beijing’s growing power there.

Refocusing NATO’s attention is part of the same effort, but also reflects the fact that China and Russia are increasingly cooperating in the region – including holding joint naval drills there.

Japan, which has recently run into disputes with Russia over a contested island chain, will be invited to sit in on the NATO summit despite not being a member as global power dynamic shift.

Representatives of Georgia – which is locked into a frozen conflict with Russia – and Australia, New Zealand, and South Korea – who are increasingly butting heads with China – have also been invited.

Meanwhile G7 leaders wrapping up a summit in Germany have agreed to push for a new raft of sanctions against Russia over its war in Ukraine, including a possible price cap on oil exports, a ban on gold sales, and punishing tariffs on other products.

G7 nations, which generate nearly half the world’s economic output, want to crank up pressure on Russia without stoking already soaring inflation that is causing strains at home and savaging developing nations.

There is a ‘real risk’ of multiple famines this year as the Ukraine war has compounded the negative impact of climate crises and the COVID-19 pandemic on food security, United Nations chief Antonio Guterres said last week.

The G7 will commit up to $5 billion to improve global food security, the senior U.S. official said, with the United States providing over half of that sum, which would go to efforts to fight hunger in 47 countries and fund regional organisations. 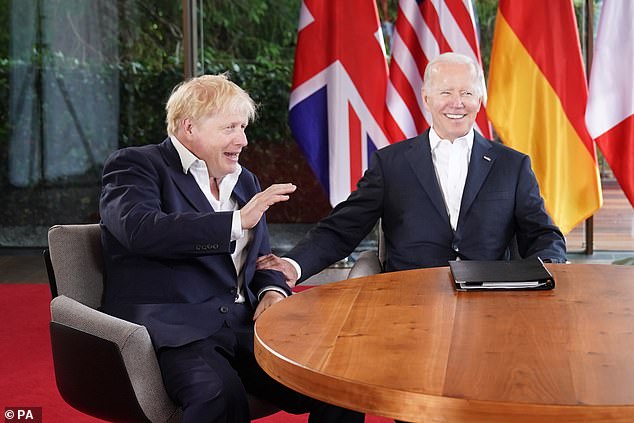 The G7 has also agreed $5billion to fight food insecurity caused by the war in Ukraine, as well as a fresh round of sanctions on Russia to punish Putin for launching the invasion

The G7 is attempting to rally emerging countries, many with close ties to Russia, to oppose Putin’s invasion of Ukraine, and invited five major middle-and-low income democracies to the summit to win them over.

Some are more concerned at the impact of soaring food prices on their populations, blaming Western sanctions, not Russia’s invasion of one of the world’s largest grain producers and blockade of its ports, for the shortages.

Asked if G7 leaders had found a way to let Ukraine export its grain, British Prime Minister Boris Johnson said on Tuesday: ‘We’re working on it, we’re all working on it’.

‘You’ll see leaders release a collective statement, which is unprecedented in the context of the G7, acknowledging the harms caused by China’s non-transparent, market-distorting industrial directives,’ the official said on Tuesday.

Among their commitments was one to accelerate efforts to remove forced labour, including state-backed forced labour, from global supply chains, the official added