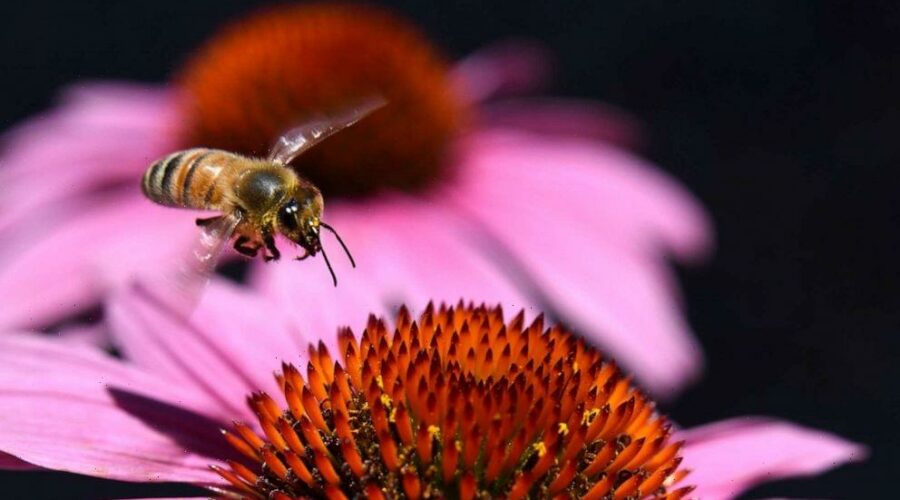 Bees — whether wild or managed –are integral to the production of the world’s food supply. But as populations continue their steep decline, the crops that rely on pollination could become more scarce and even cease to exist in the future, according to scientists.

There are more than 4,000 species of bees in America, a large proportion of which are experiencing widespread decline, Scott McArt, assistant professor of pollinator health at Cornell University, told ABC News. In New York, 53 species, about 13%, are either experiencing population declines or range contractions over the past three or four decades, McArt said.

The situation “isn’t good,” and most likely is even worse than researchers are estimating, he added.

“It’s likely an underestimate of the true scope of population declines, simply because we don’t have great historical records on a lot of these species,” McArt said.

The production of crops that depend on pollinators generates more than $50 billion a year in the U.S., researchers say. Managed bee populations, which involve a beekeeper arriving to put down hives just as the crops are flowering, alone contribute to about $20 billion worth of U.S. agricultural production, Matthew Mulica, senior project manager at the Keystone Policy Center, a consulting company that works with the Honey Bee Health Coalition, told ABC News.

A “large proportion of what we eat” relies to some extent on pollinators, McArt said. An estimated 87% of angiosperms, or flowering plants, are reliant on pollinators, while around 75% of those are crops that rely on pollination, he added. The commercial production of more than 90 crops relies on about 3,600 bee species, according to the U.S. Food and Drug Administration.

Some of the crops that rely most on pollinators include almonds, blueberries, pears, apples, cherries, peppers, cucumbers and broccoli, Mulica said.

The bees also oil seeds in other crops, such as corn and soybean, Mulica said.

“It’s an amazing service that honey bees and beekeepers provide for for agriculture,” Mulica said.

Conservationists and scientists who study food security alike are concerned about how the downward trend of bee populations will affect food supply going forward, McArt said.

In the short term, food prices could rise if the number of bees pollinating crops continue to die off.

In the future, the crops could disappear forever, experts say.

“Imagine walking into your grocery store and seeing a third of your fruits and vegetables missing, and you can really see the impact the [bee] health decline has on produce,” Mulica said.

There is already “good evidence” of pollination shortfalls in the U.S., McArt said. A study published in the journal Proceedings of the Royal Society B: Biological Sciences last year found that crop yields for apples, cherries and blueberries across the U.S. are being reduced by a lack of pollinators.

And while the production rate for other crops the researchers looked at — watermelon, pumpkin and almonds — haven’t slowed, “that does not mean that that won’t occur in the future,” McArt said.

“While it might not be occurring right now, it’s predicted to occur in the future,” he said.

How to mitigate pollinator declines

The top stressor on pollinators is the lack of habitat and floral resources, McArt said. Bees are actually thriving in agricultural and natural areas, McArt said, adding that it’s the suburban and urban areas where they’re not doing well.

“That happens to be where most of us live,” he said.

McArt encouraged anyone with a plot of land or even an apartment balcony to plant a pollinator-friendly garden. He also suggested that homeowners hold off on mowing their lawns too often to encourage wildflowers to grow.

In addition, it will be necessary in the future to reduce the use of pesticides and mitigate climate change, which can cause plant pathogens to infect crops at higher rates, McArt said.

Lastly, beekeepers need to meticulously manage their hives, which can spread disease to wild bees if not monitored correctly, McArt said.

“That requires a lot of management by the beekeepers — a lot more splitting of hives and re-cleaning,” Mulica said.

Read more on simple steps to save bees and other pollinators.

21/08/2021 World News Comments Off on National Honey Bee Day: These foods could disappear if pollinator populations continue to dwindle
Markets