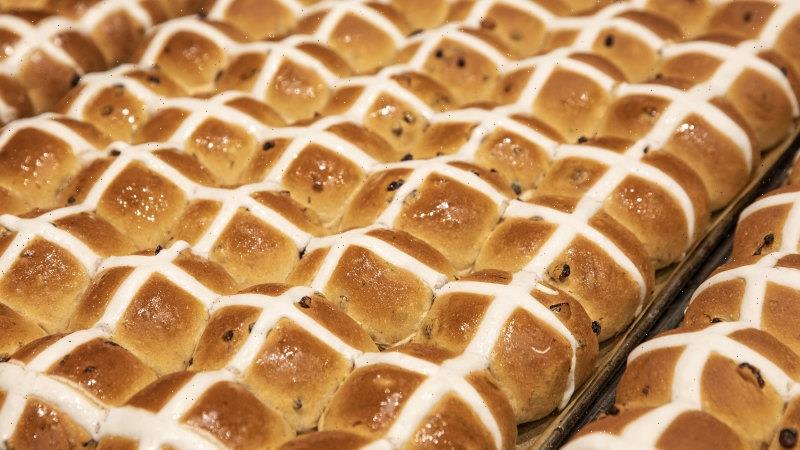 For those who spent Christmas lunch hankering for Easter, fear not: hot cross buns are back.

The Easter staple has hit supermarket shelves across Australia to feed the appetites of hundreds of thousands needing a doughy cinnamon, chocolate or Vegemite treat. 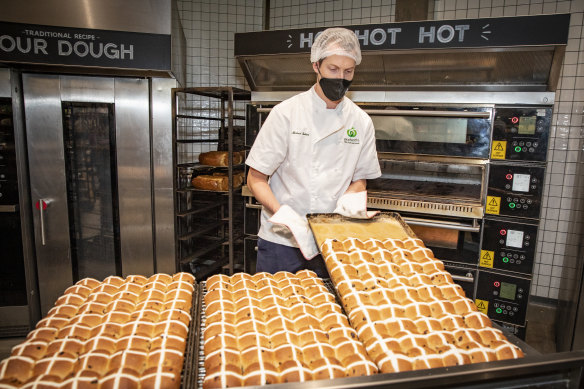 Hot cross buns in a Woolworths store in December 2021.

Coles expects to sell more than 2.5 million hot cross buns of all varieties before year-end, surpassing the 2.1 million sold in December 2018.

“Customers love our delicious hot cross buns and the early sales in December tell us that there is strong demand to try the limited-edition flavours before the traditional Easter period,” Coles executive general manager of fresh, Andy Mossop, said on Tuesday.

The newest bun on the block is a fruity brioche variety with sultanas, cranberries and candied orange peel, which Coles says creates a more plump bun.

If the chain’s 2021 data is anything to go by, Victorians have the biggest craving for December hot cross buns, particularly in Taylors Hill in Melbourne’s north-west.

The Easter buns are also in high demand in Hervey Bay in Queensland and Batemans Bay in NSW.

“We sold more than 1.8 million individual hot cross buns the first week they were on sale last year, and we anticipate the same as customers look to close off 2022 with a delicious and favourite treat,” Woolworths merchandise manager Donald Keith said.

As in the past, seeing hot cross buns in the shops before the Christmas tinsel has been put away can invoke a visceral response.

Another Facebook user, Laura, said: “The cross has certain significance which is not relevant all year round. So no, [supermarkets should not sell them] with the cross.”

Newcastle Deputy Lord Mayor Declan Clausen tweeted (before clarifying he was just joking): “I’ll be writing a sternly worded letter to [Prime Minister Anthony Albanese]. Something must be done. Boxing Day is too early for hot cross buns in supermarkets.”

Economist Stephen Koukoulas suggested hot cross buns should be sold all year round “to save the anxiety of those with little else to worry about. I don’t understand why some folk are so worried and hung up about when retailers start selling hot cross buns.”