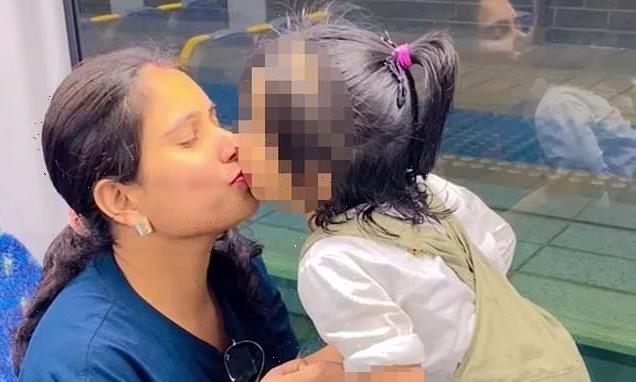 Mother sparks debate after sharing a clip of her kissing her young daughter on a Sydney train – so is it too much?

A mother who kissed her young daughter on the lips on a Sydney train has sparked a heated debate after sharing footage of the moment online.

The clip, shared to the woman’s personal TikTok account on Monday, begins with the little girl standing on a train seat and leaning over towards her mum.

The mother and daughter then kiss multiple times on the lips while holding hands.

The video was captioned with a series of hashtags, including ‘kids’, ‘kiss’, ‘kisstime’ and ‘mother daughter bond’.

Viewers were left divided over the display of affection.

‘Serious question, why did you kiss your kid like that? That doesn’t make any sense to me and I would like to hear your reasoning,’ one person asked.

‘Why are you making our with your child on a train? Why?’ another wrote.

Someone else added: ‘Do not kiss your child like that.’

But other parents thought the majority of reactions were over the top.

‘She isn’t even kissing her kid she is just standing there and that’s her child doing it all,’ one wrote in defense of the mother.

The criticism became so negative that the mother eventually turned the comments off.

Daily Mail Australia has contacted the user for comment. 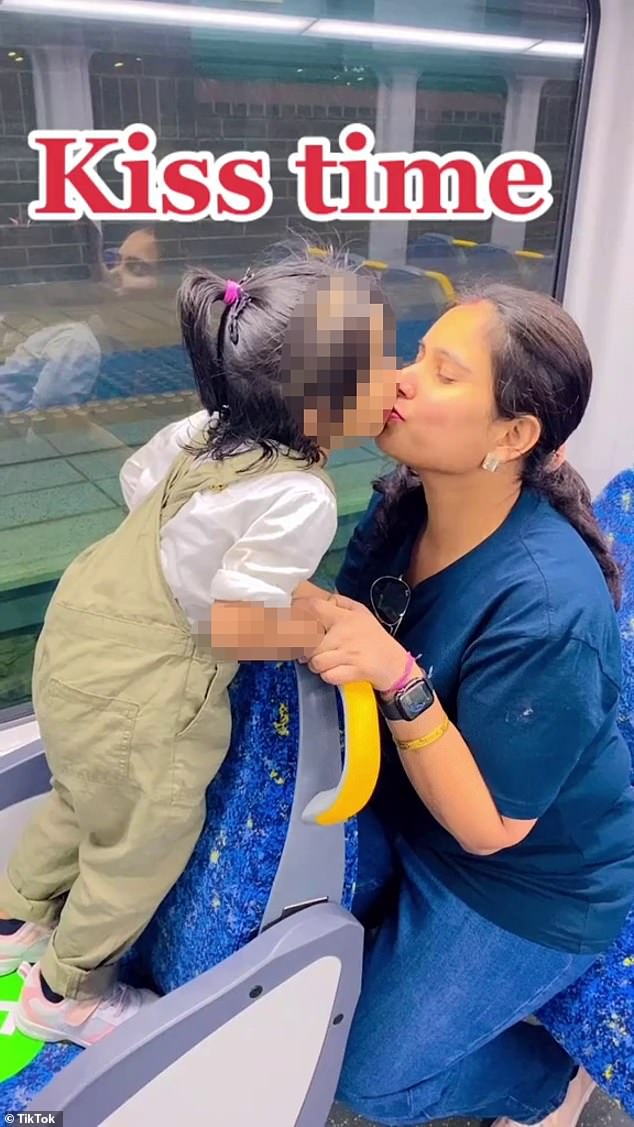