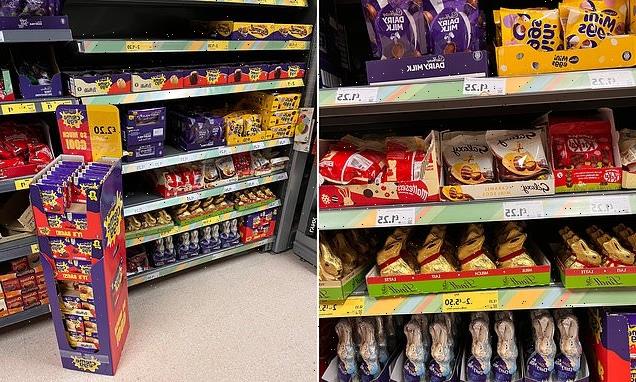 Supermarket shoppers have been left bewildered after they found Morrisons shelves stacked with Easter eggs – the day after Christmas.

Mini eggs, creme eggs and chocolate bunnies lined the displays in the store in Canterbury, Kent while many are still celebrating Christmas with family and friends.

The supermarket giant is laying out Easter treats before the new year has begun in preparation for the celebration on 9 April next year – 104 days away.

Dismayed customers have described the display as ‘commercialism at its best’ as they saw the chocolate goodies in store on Boxing Day. 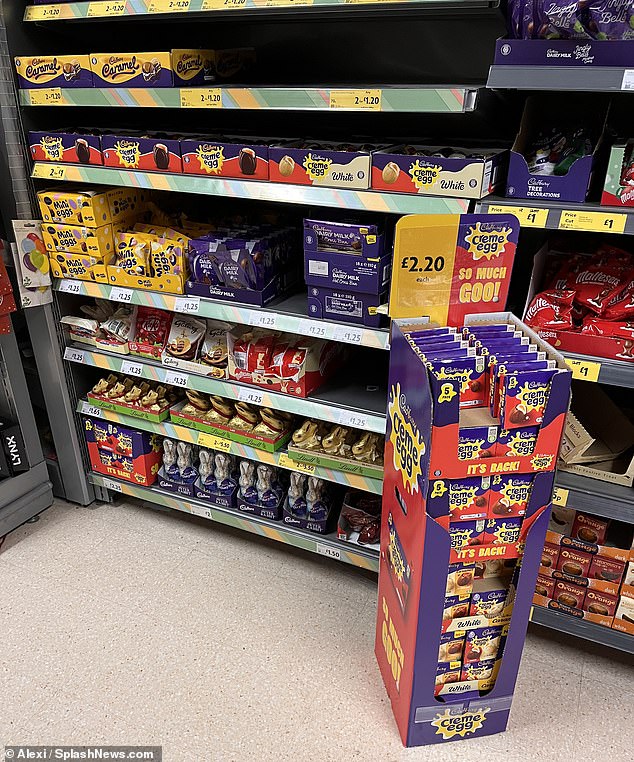 Shoppers spotted Easter chocolate on display in Morrisons in Canterbury, Kent the day after Christmas Day 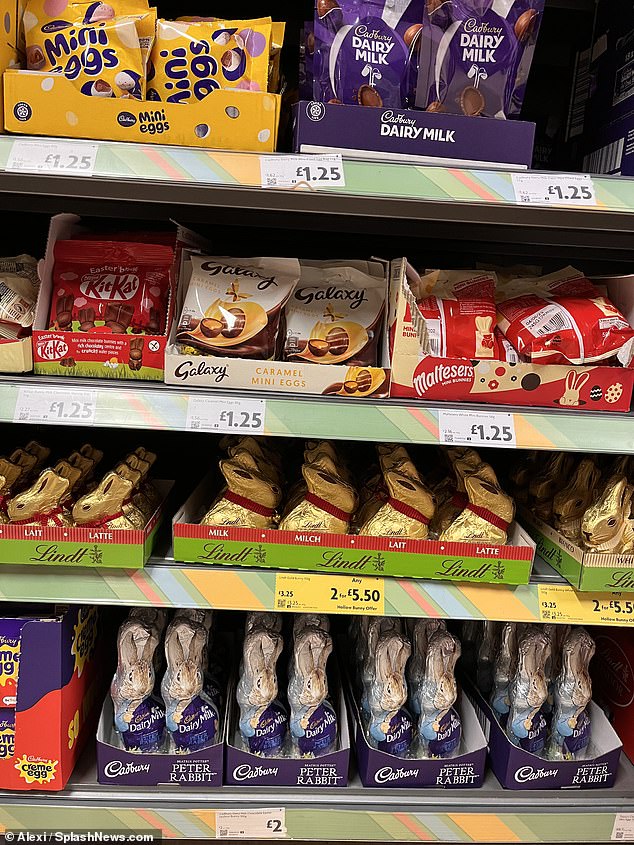 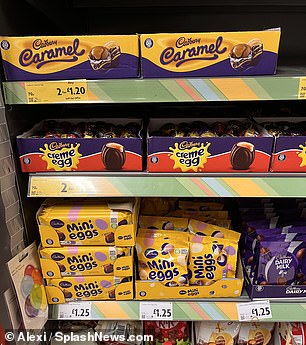 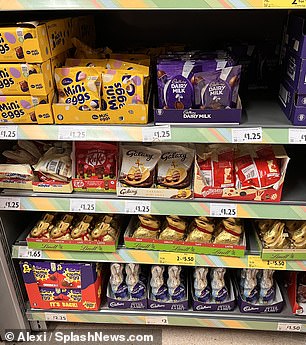 Shelves were stocked with mini eggs, creme eggs and chocolate bunnies while some shoppers were still celebrating Christmas 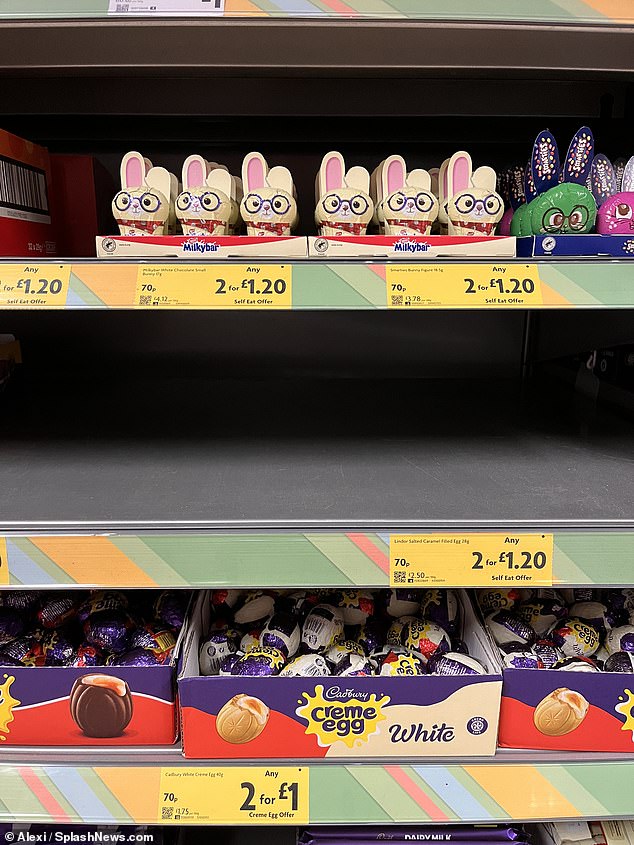 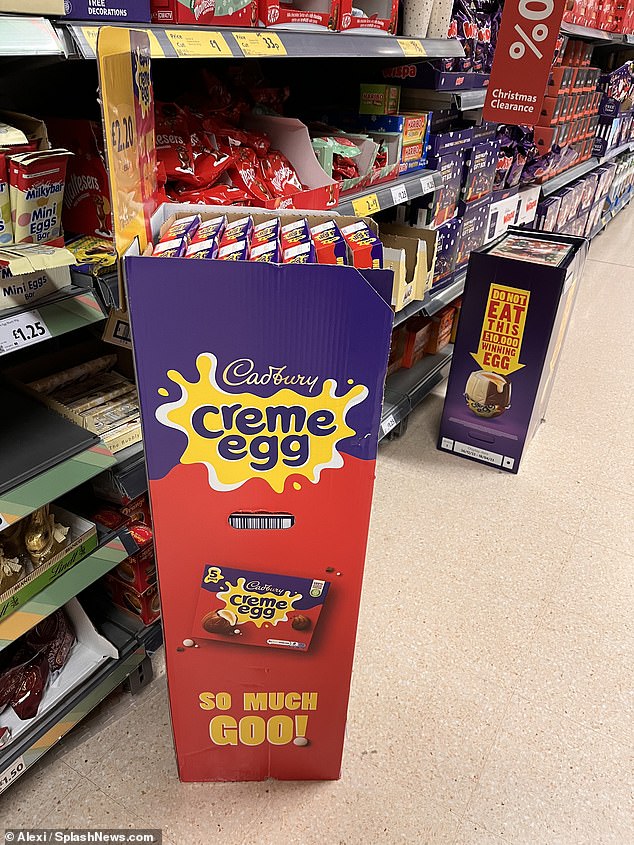 One Twitter user posted a photo of the display and wrote: ‘There you go people, Morrisons selling Easter eggs on Boxing Day.’

Another wrote: ‘Just getting the Easter eggs out on the shelves.’

One user issued a warning to other shoppers simply adding: ‘Easter eggs are in the shops, lads.’ 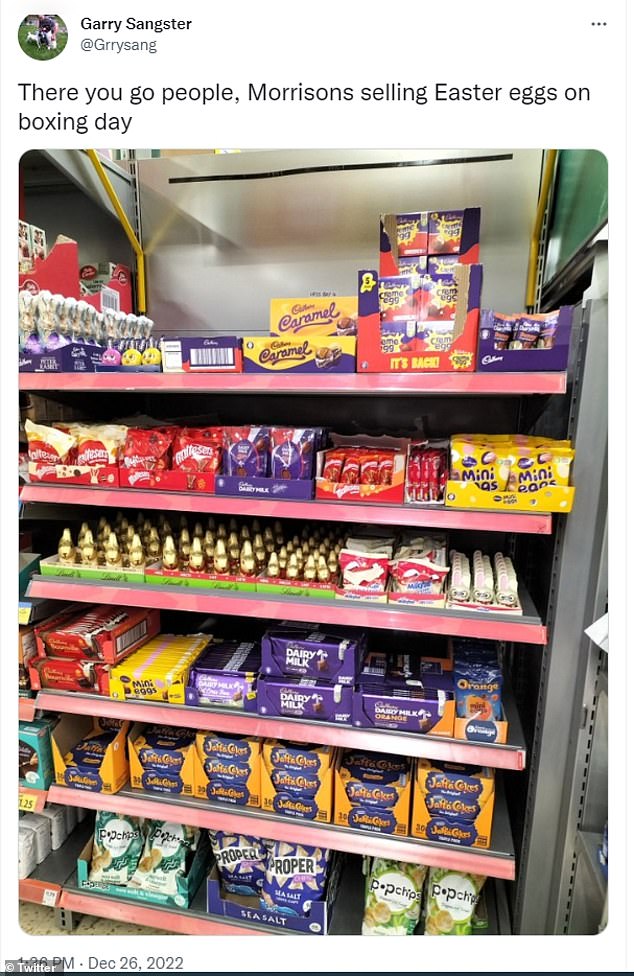 The extensive selection of Easter treats included Galaxy caramel eggs, Lindt and Cadbury chocolate bunnies as well as a 2 for £1 deal on creme eggs.

An appalled Twitter user exclaimed in response: ‘No! Make it stop! My eyes!’ to which the original poster responded that he ‘eased the pain’ by buying the cheaper Christmas chocolate.

Meanwhile shoppers were discovering that supermarkets get deliveries of Easter supplies weeks before Christmas is over.

One customer wrote: ‘I joked with some shelf stackers about Easter eggs in Morrisons the other day and they laughed and said that the first five boxes were already in the warehouse. True story.’

When another shopper asked: ‘Anybody know if Tesco are stocking Easter Eggs yet?’ another Twitter user replied: ‘I did some HGV driving for them 2 years ago – we were delivering Easter eggs to store mid December so I guess you’ll be fine.’