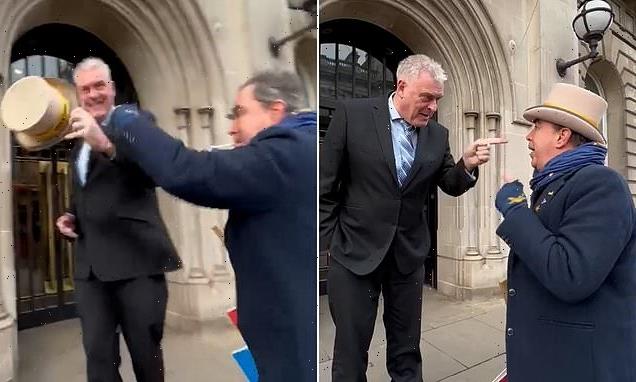 Footage has caught the moment a Tory MP clashed with ‘Stop Brexit Man’ Steve Bray and stole his hat.

Lee Anderson, MP for Ashfield, calls the 53-year-old a ‘parasite and a scrounger’ during the confrontation on Whitehall yesterday – prompting Nigel Farage to tweet that he was a ‘legend’. 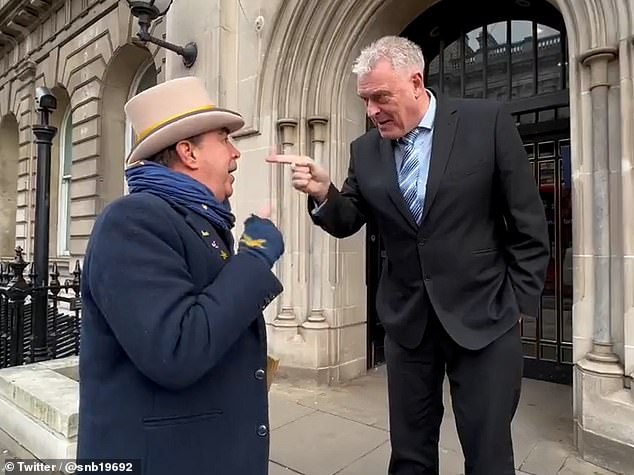 The MP then grabs Mr Bray’s hat off his head before turning back towards the entrance of a building.

A short scuffle takes place, with the campaigner wrestling his hat off a grinning Mr Anderson as an armed policeman comes out through a door to break the pair up.

‘There we go,’ the Tory says as he walks into the building, while an incandescent Mr Bray calls him a ‘piece of s**t’.

Mr Bray is a regular fixture in Westminster, where he regularly berates Tory MPs.

He gained his nickname for repeatedly shouting ‘stop Brexit’ through a loudspeaker, but recently police have used new powers to take away his audio equipment.

He previously confronted Mr Anderson in May 2022, asking about the future of then Prime Minister Boris Johnson. 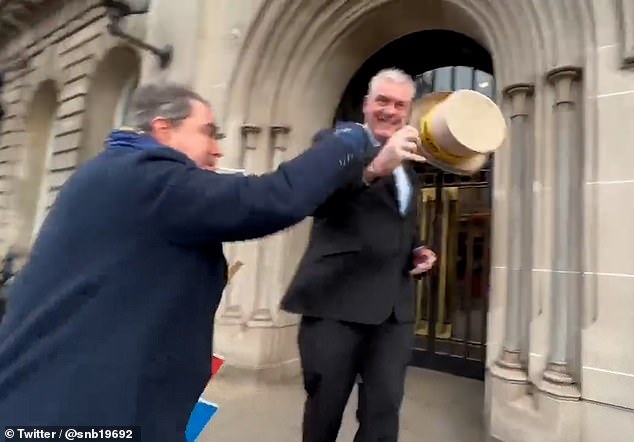 The Brexiteer added: ‘You’re nothing but a parasite. We’ve established that.’

Mr Anderson faced a furious backlash last year over his claim that struggling Britons are only using food banks because they ‘can’t budget’ and ‘can’t cook a meal from scratch’.

Mr Anderson joked he was ‘still shaken’ by the incident. Nigel Farage called him a ‘legend’, but opinion on Twitter was split

He also invited fellow MPs to visit a ‘real food bank’ in his Nottinghamshire constituency that allowed people to ‘make a meal for about 30p’.

The Ashfield MP was widely condemned for the ‘cruel’ and ‘crass’ comments he made in the House of Commons.

But he refused to backtrack and has repeatedly doubled down on his claims. Yesterday, he shared a picture of Weetabix in milk as proof you could make a ’30p breakfast’.