The Bore War: Millionaire’s plans for 5ft garden tunnel under a public footpath to reach the sea enrage his fashion tycoon neighbours – including founders of Sweaty Betty and Oliver Bonas

A millionaire’s plans to build an underground tunnel in his garden have enraged his wealthy neighbours – including the founders of Sweaty Betty and Oliver Bonas.

But Simon Hill-Norton, 52, who founded activewear brand Sweaty Betty, and Oliver Tress, 52, who set up home and fashion store Oliver Bonas, have objected to Mr Chapman’s plan to build a 5ft tunnel to connect the two halves.

Neighbours say the proposal has been dreamed up because the pensioner is too lazy to take ‘three steps across a public footpath’. But Mr Chapman claims no one will notice the £10,000 tunnel – which will largely run through his land – and calls the objections ‘bonkers’. 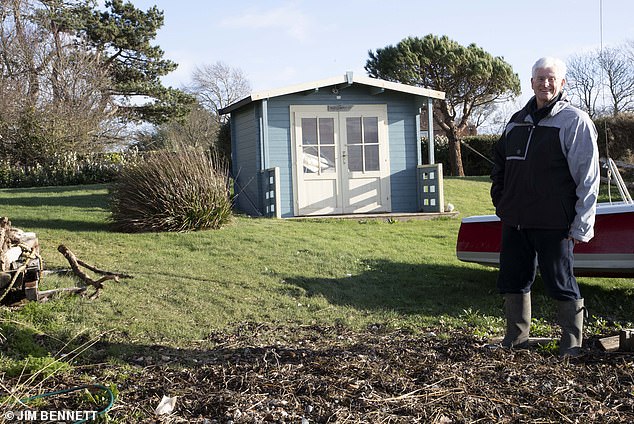 Pictured: An undated photo of George Chapman in his West Wittering garden. Mr Chapman has come up against the owner of Sweaty Betty, an activewear brand donned by the likes of Pippa Middleton, and Oliver Tress, who set-up the fashion and home store, Oliver Bonas 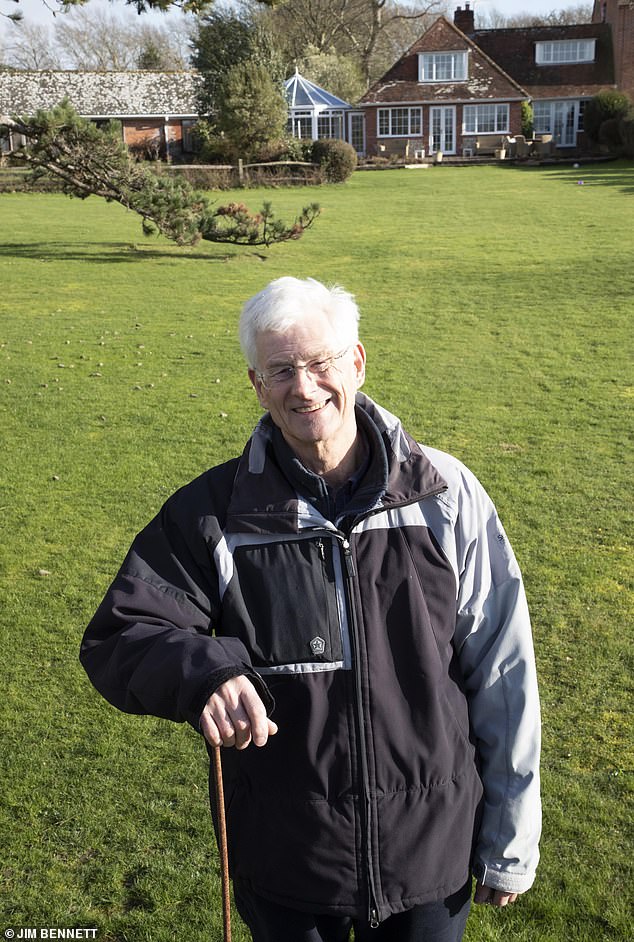 Pictured: An undated photo of George Chapman in his West Wittering garden. Mr Chapman is seeking to build a 5ft tunnel under the public footpath to connect the two sides of his garden and gain access to his extra land 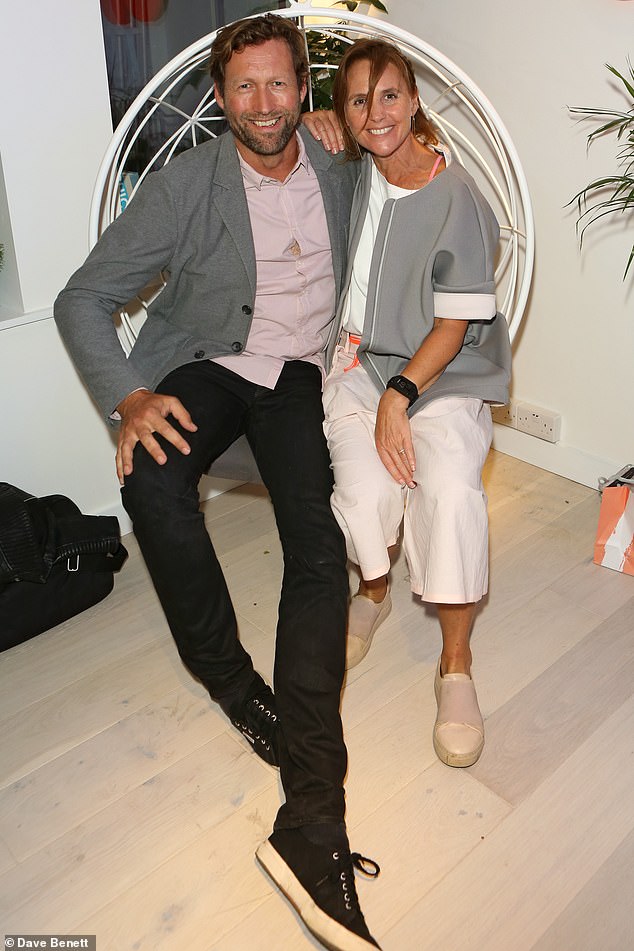 Standing in the way of his daring plan is Simon Hill-Norton, the founder of Sweaty Betty, who is pictured at the company’s launch party with his wife Tamara Hill-Norton in September 2017

‘This Mr Sweaty Betty has been stirring up a hornet’s nest,’ he told the Mail.

High-end British sports brand Sweaty Betty sells leggings for up to £95 a pair and is a favourite among the likes of Hollywood actress Reese Witherspoon and Pippa Middleton.

Mr Hill-Norton has become the face of the campaign opposing the tunnel, with many locals and the parish council backing the fight, claiming it will be a blight on the landscape. The proposed tunnel is within the grounds of the home of Mr Chapman and his wife Pauline, both in their 70s, in a coastal village near Chichester, West Sussex.

They have a one-acre triangular garden leading right down to their private jetty at the end point. There is a public right of way across the lawn, which they have fenced and hedged in, cutting off the seaside end of the garden, where they have a summer house, a sailing boat and a dinghy. 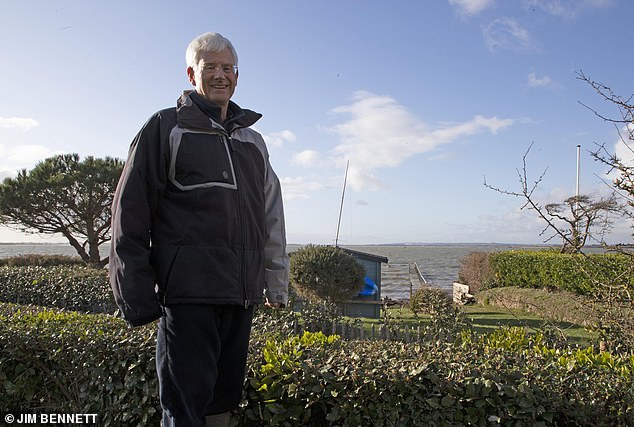 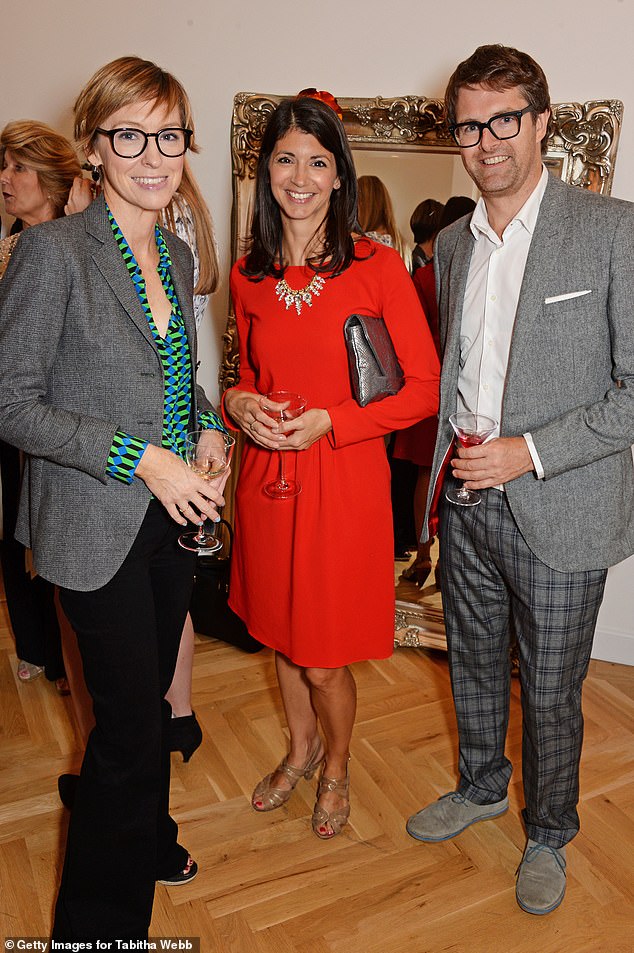 Oliver Tress, founder of Oliver Bonas stores, pictured right, is seen attending the launch of a retail store in Belgravia in 2014. Tress has also objected to the plan to build the 5ft tunnel 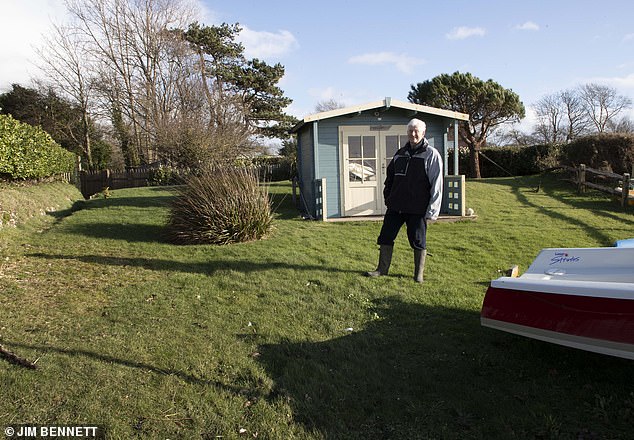 Mr Chapman is pictured standing in front of a summer house in his garden.

Father-of-two Mr Chapman, who has lived in the property for 24 years, told the Daily Mail: ‘We love taking our grandchildren to the sea to swim and sail – but we have to lock and unlock two gates to get to the end of our own garden.

‘It’s very difficult when your garden’s cut in half by a footpath, particularly in the summer when there can be 100 cyclists a day using it, even though they’re not supposed to. We’ve been hit twice by bikes.’

If approved, the tunnel would be built with reinforced concrete to make it safe for those above as well as looking ‘attractive’ from outside, he claimed. 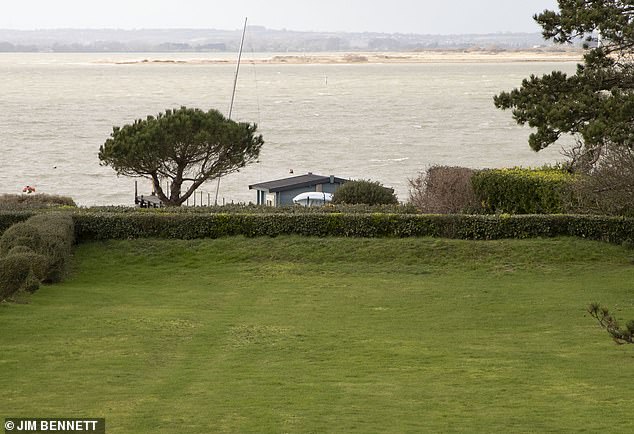 Locals insist Mr Chapman is destroying the beauty of Chichester Harbour, pictured, an Area of Outstanding Natural Beauty. They also claim the tunnel would impact on local wildlife

‘It’s been approved by the Environment Agency, Natural England, and the local planning department, all the professionals,’ he said. ‘Our immediate neighbours have been cool with it. Yet there’s been an ongoing dispute over five years – as a result a certain personal animosity exists between Mr Sweaty Betty and me,’ he added.

Locals insist Mr Chapman is destroying the beauty of Chichester Harbour, an Area of Outstanding Natural Beauty. They also claim the tunnel would impact on local wildlife.

At a planning meeting, Mr Hill-Norton accused his neighbour of laziness claiming the time of planning experts and councillors was being spent ‘because the Chapmans would rather build a tunnel in this beautiful wild place than take three steps across a public footpath’.

Mr Chapman lodged the plans with Chichester District Council in 2018. They were refused late last year, despite planning officers recommending approval, following a fierce debate. The council said that the plan ‘would introduce an overtly man-made feature’ into an area of outstanding natural beauty.

The Chapmans have appealed, so the plans will go to the planning inspectorate. A decision could take up to 12 months.