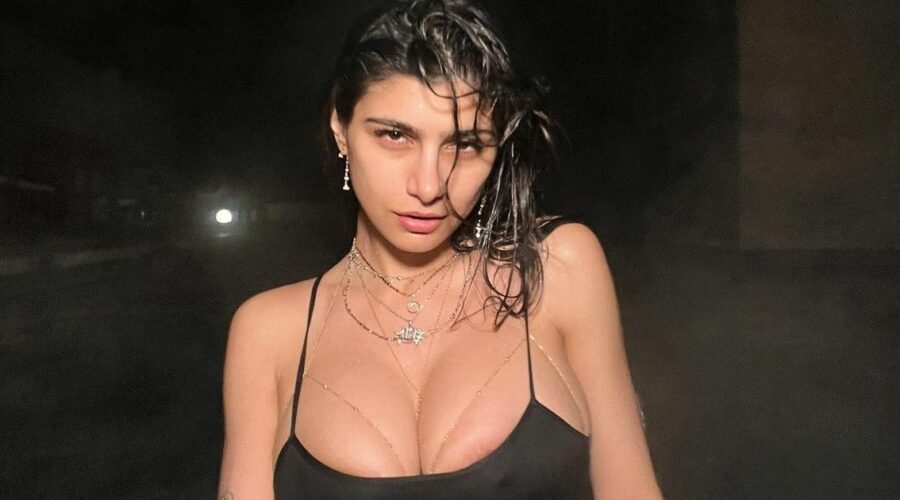 The OnlyFans star has returned to Whistable, Kent, having apparently fallen in love with the place from previous visits.

READ MORE: Mia Khalifa mocks 'British people in sun' as she strips down to bikini on UK beach

On TikTok she said: "Been in Whitstable the past two weeks and I'm heartbroken to leave.”

She even went as far as saying that she preferred Whitstable to Miami, much to the delight of her Kent-based fans, and described the town as a "proper British sea (mud) town".

Mia recently teased a video showing her new office, based somewhere in the UK.

She is in the process of expanding her brand here and has made several trips across the pond over the past 12 months.

But she has encountered trouble, namely the heating system in the old house she's staying at.

"Staying in a 300-year-old house is cool until the 300 years starts 300 yearsing," she said in an iMessage, shared on Instagram in a screenshot with a picture of Mia wrapped up in several layers.

In the message exchange, a friend can be seen replying with "there's no heat??" when Mia replies that "it's on full blast".

"Gotta crack the shell to get the Pearl," was the caption to her post, referencing the fact that she sampled Kent's finest oysters in one clip.

Her previous Brit-based antics have included eating a full English breakfast and as well as visiting a pub in Kent for drinks.

Just hours after her Kent visit, Khalifa shared a host of stories denoting that she'd slipped through the Channel Tunnel and made her way to Paris, another European favourite of hers.