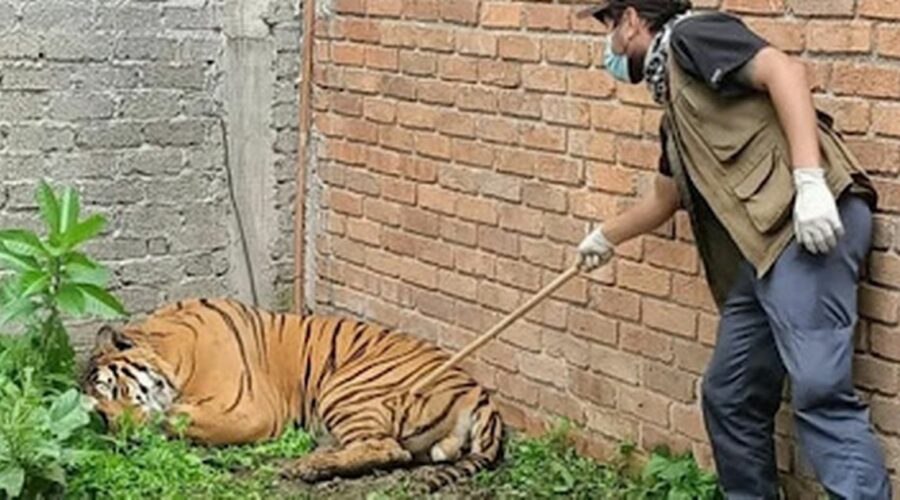 The Attorney General’s Office in Michoacán announced on August 1 that they were investigating a homicide at a property in the Morelia municipality.

Police found the house's owner dead, as well as the tiger and another man injured.

The name and cartel affiliation of the assassinated man has not yet been revealed, although the region is dominated by forces from the Carteles Unidos, a gang whose main rival is the Jalisco New Generation Cartel (CJNG).

Police found the wounded big cat during a search of the property once the area was secured, according to Borderland Beat.

It appeared to have at least one gunshot wound with injuries around its chest and mouth.

Police called for personnel from the state's Animal Abuse department who determined that the tiger needed to be treated to avoid further medical complications.

Staff from both the Federal Environmental Protection unit and nearby Morealia Benito Juárez Zoo arrived later to tranquilise it.

Julio César Medina Ávila, the zoo's director, said: "The bullet perforated his face and ended up lodged in his paw. X-ray studies will be done to see where it is lodged… It seems that it only hit its muscles."

Martín Eduardo Cruz López, a vet at the Mammal Care Operative Unit, said the tiger is now receiving anaesthetic for the pain and antibiotic treatment to prevent infections.

"We need the blood sample to know his real state of health, since he is apparently healthy, but he is also obese due to a bad diet and the small enclosure where he was kept," he added.

The zoo said they will continue to look after the tiger, which is expected to need more than a month's worth of recovery.