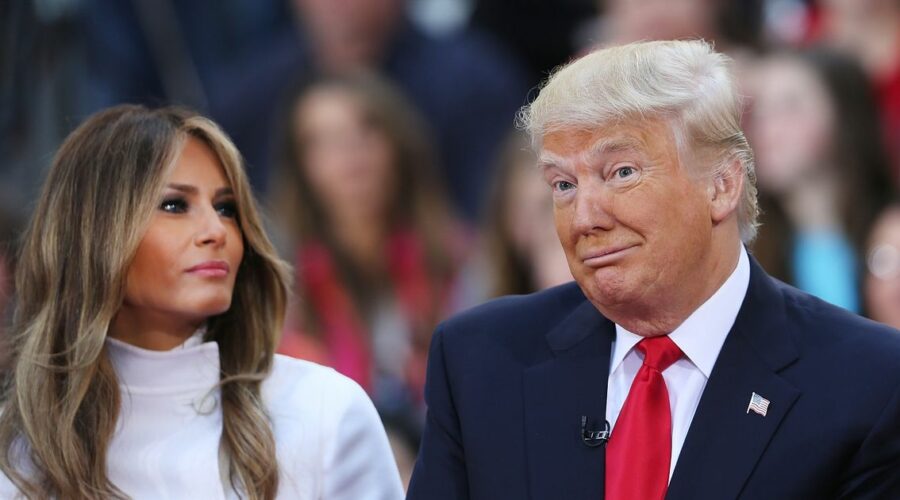 Melania slammed a CNN report claiming she was "bitter and chilly" towards her husband Donald, and said the publication does not have "insight into her thoughts or daily life".

The response was out of character for Melania who remained quiet during her time in the White House despite various rumours swirling about the couple.

A former friend also claimed that the 50-year-old and her president husband had been sleeping in separate beds.

Relationship expert Carole Ann Rice of Real Coaching said it is likely Melania's outburst is down to a "new sense of freedom" since leaving the White House.

Ms Rice told Daily Star Melania's "warning shot" to those "assuming and creating mystery around her relationship" is fuelled by the desire to protect the "decency and integrity" of her man.

She also claimed Baron Trump's mum "put her foot down" as she is "her own woman" now and it is "finally time" for Melania to speak up.

The relationship expert said: "Now that Melania isn’t the first lady, she probably has a new sense of freedom now that she can speak out where she perhaps felt she couldn’t’ before out of decency and integrity to protect her man who is in the White House.

"So she is probably thinking 'it is finally the time for me to speak up' and maybe yes with this ex-toxic friend she’s thinking 'enough is enough now' and I would put my foot down.

"And it could also be a warning shot where she could start to get lawyers in on this – so it could be instead of it becoming a big issue, this could be her way of nipping it in the bud because she doesn’t want it escalating and it also warns others to keep away."

She added that only Donald and Melania know the ins and outs of their relationship and although she has "displayed moment of irritation and dislike," those moments are "entirely personal".

Ms Rice said: "Only her and Donald Trump know the truth, nobody outside of the marriage knows exactly what goes on within the marriage.

"Yes, maybe the marriage isn’t perfect and she has certainly displayed moments of irritation and dislike but that is entirely personal."

Rumours about the state of the couple's marriage began after Melania's ex best-friend, Stephanie Winston Wolkoff, claimed the pair live very separate lives and even, beds.

"I think she is right to nip it in the bud, but it might also mean that they have touched a bit of a sore spot in her life and in her marriage as well."