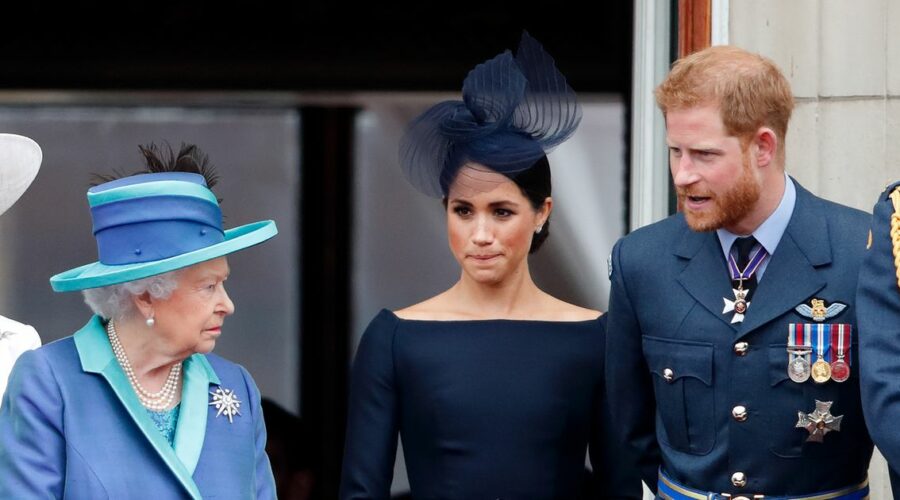 Meghan Markle's dad Thomas has labeled the Sussexes' "attacks" on the Royal Family as "embarrassing and unforgivable".

In an appearance on GB News in an interview with host Dan Wootton, Thomas Markle Snr claimed none of the royals deserve "what they've been shoveled out" by the Sussexes.

Thomas Snr also claimed Meghan has "changed" and branded her a liar who has been dishonest for years.

The 77-year-old claims Meghan was not speaking the truth during her bombshell interview with Oprah Winfrey earlier this but offered some reprieve by saying she only began lying "since Harry".

He said: "Both Meghan and Harry are attacking the royal family from both of them and for god's sakes, attacking a 95-year-old great-grandmother.

"It's unforgivable and none of the rest of the royals have deserved what they've been shoveled out either.

"It's embarrassing that they're doing this.

"It's embarrassing for them to be telling me a few years ago 'never talk to the press' and they spend three hours on a show with Oprah where Harry claims he's 'reclaiming his mental illness' and he's 'curing himself of mental illness' is a joke.

"You don't go on the TV and talk for three hours to get rid of your mental illness you talk to a psychiatrist quietly in a room somewhere and you work out your problems but you don't turn it into a television show."

The Sussexes made a series of bombshell claims about the royal family during their chat with US TV legend Oprah Winfrey, including allegations that Kate Middleton made her new sister-in-law Meghan cry in a row over bridesmaid dresses, as well as revelations that the Duchess of Sussex had suicidal thoughts and that there were concerns within the Palace about "how dark" baby Archie's skin tone would be.

Prince Harry has regularly spoken out about the struggles he faced within the family and how much happier he is now after moving to the US and stepping back as a senior royal.

One of his appearances in which he revealed the challenges he faced growing up within the monarchy came on Dax Shepard's Armchair Expert podcast, where he claimed that as a parent he wants to "break the cycle" of "genetic pain" that comes with being a royal.

He also made a number of revelations in his new mental health Apple TV+ series The Me You Can't See in which he spoke about his self described "nightmare time" between the ages of 28 until 32 and how his father, Prince Charles, had "left him to suffer".