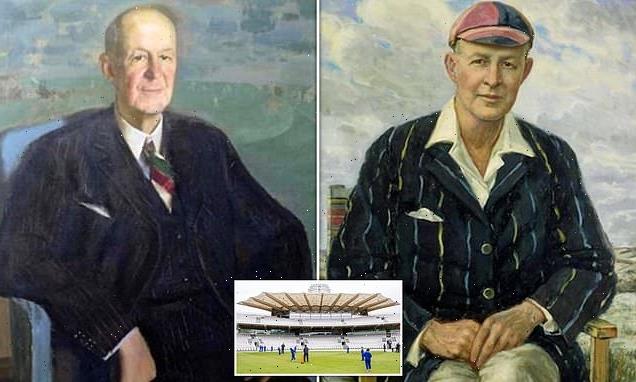 The MCC will not rename Warner Stand or take down paintings of former president Pelham Warner despite his family’s links to the slave trade.

A review carried out by the Marylebone Cricket Club is believed to have found that Warner’s ties to his family, which profited immensely from the immoral trade in human life, should not override his importance to the club.

Pelham Warner, known as the ‘Grand Old Man of English cricket’, was the grandchild of Colonel Edward Warner, the owner of two lucrative tobacco and sugar plantations – one in Trinidad named Woodford Dale, and one in Dominica named Hatton Garden.

They were worked by African slaves, and the Warner family claimed compensation following the end of slavery.

But it is believed that because Warner was born in 1873, some 70 years after the slave trade was abolished in the British Empire, the MCC found that he should not be held accountable for it, The Telegraph reports. 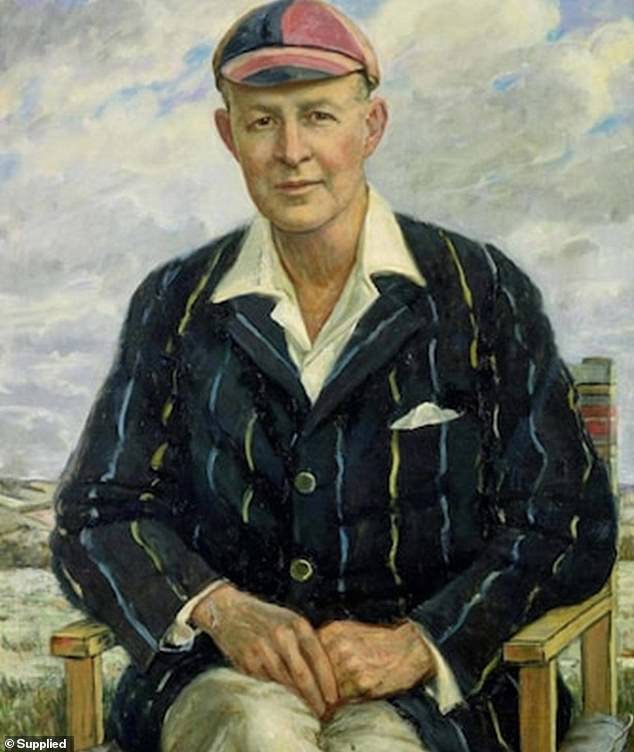 Pelham Warner, known as the ‘Grand Old Man of English cricket’, was the grandchild of Colonel Edward Warner, the owner of two lucrative tobacco and sugar plantations – one in Trinidad named Woodford Dale, and one in Dominica named Hatton Garden (pictured: Portraits of Pelham Warner)

The decision to keep the name of Warner Stand at Lord’s Cricket Ground and retain Warner’s portrait contrasts with the directive to remove artwork associated with the club’s first secretary Ben Aislabie from the MCC’s Long Room and Pavilion.

Aislabie, who owned slaves in Antigua and Dominica, had directly profited from the vile practice, the review found.

Warner had risen to become president of the MCC following a successful playing career, captaining 10 Test matches and bringing back The Ashes in 1903-04.

Chief executive of the MCC, Guy Lavender, said that the review had been sparked by the rise of the Black Lives Matter movement following the killing of George Floyd by a police officer last year.

He added: ‘Aislabie’s links to the slave trade were significant and therefore that [artwork] has got to be a museum piece. It has to be properly explained.

‘Where we have got particular people who made an incredible contribution to the club, but take Ben Aislabie for example, the context of that is better explained in the museum. It is not about erasing history. It is about history in its right context.’

Mr Lavender said he has to ‘put myself in the position of a young black member of my staff who is walking around the Long Room’.

Academic and former cricketer Dr Richard Sargeant, who came to Britain in 1969 at 15 years old, said: ‘This decision not to remove Warner or his name doesn’t surprise me in the least because the MCC is in part a child of colonialism and is embedded in colonialism. It reflects an awful kind of complacency.’

THE WARNER FAMILY AND PELHAM’S RISE TO CRICKET FAME 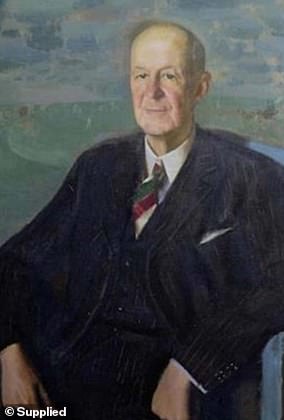 Pelham was the youngest child of Charles’s eighteen children.

He was the grandson of Colonel Edward Warner, the owner of two lucrative tobacco and sugar plantations – one in Trinidad named Woodford Dale, and one in Dominica named Hatton Garden.

In 1904 Pelham married Agnes Blythe and had three children, Elizabeth, Esmond and John.

He had attended Queen’s Royal College in Trinidad, and in 1883 at age 10 he was sent to Harrison College in Barbados, where he found his love of cricket.

In 1887 at age 13 his father passed away and his family left for England, where they would stay for the remainder of their lives.

Pelham went to Rugby and Oriel College, Oxford – where he played class cricket.

He would go on to serve the Marylebone Cricket Club (MCC) in various roles for nearly 60 years.

He also captained Middlesex, leading them to a famous victory and to the championship in the last match of 1920.

Pelham retired as a player in 1929, writing nearly twenty books on the sport.

Source: University of the West Indies