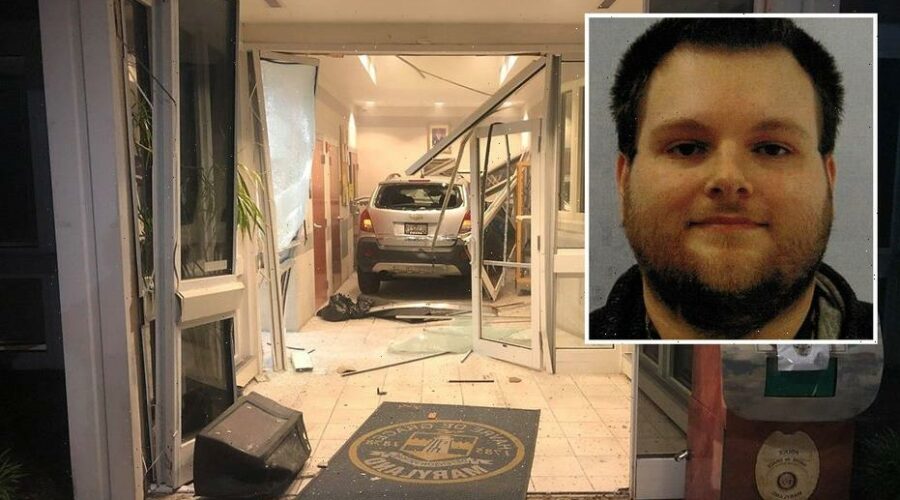 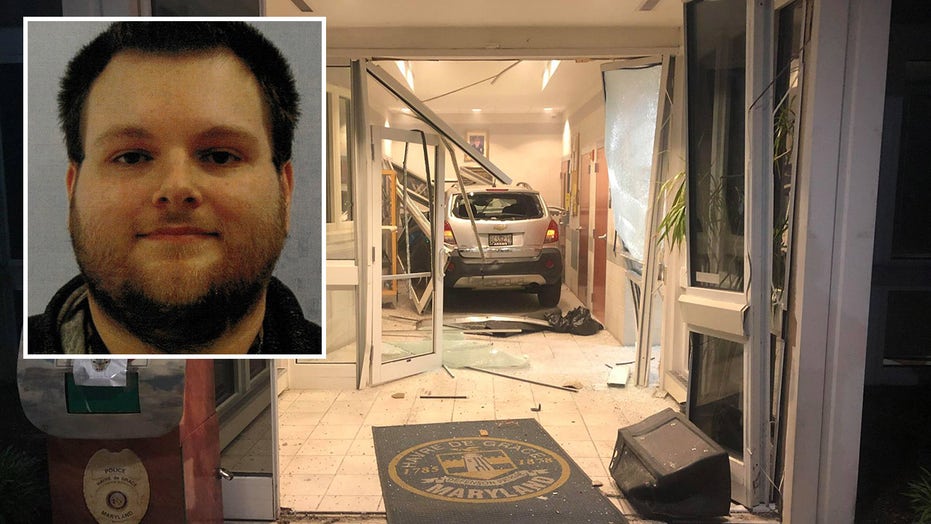 A Maryland man rammed his car through the front doors of a police station Sunday after he called the department and threatened to go there and kill a cop, authorities said.

Timothy Joel Jackson Kahl, 24, called the Havre de Grace Police Department just after 9:30 p.m. Sunday and stated that he was coming there to kill a police officer, Cpl. Ken Terry said in a statement.

Information obtained during the phone call led police to believe that Kahl was still near his home. Police said responding officers located him there driving erratically.

Kahl struck several parked cars and tried to run over the officers before speeding away, Terry said.

He drove to the police station where he struck another parked car before intentionally smashing his vehicle through the front doors of the station into the lobby, according to police. 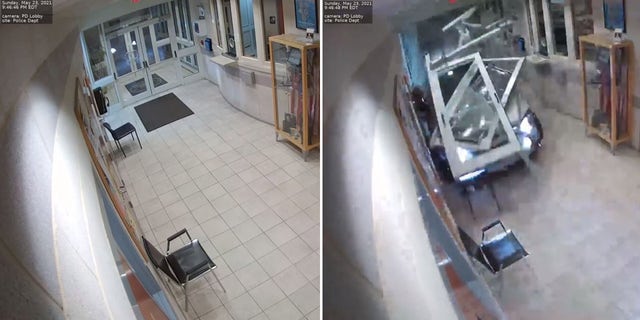 The moments before and after a vehicle crashed into the lobby of the station.
(Havre de Grace Police Department )

The department shared video on its Facebook page of the vehicle crashing through the station’s lobby and coming to a stop after hitting a wall. 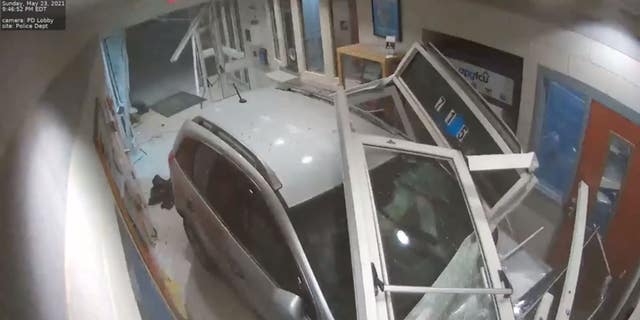 Kahl then jumped out of the vehicle, went back out through the demolished lobby doors and tried to attack police, Terry said. Kahl was quickly subdued with a Taser and taken to Harford Memorial Hospital. 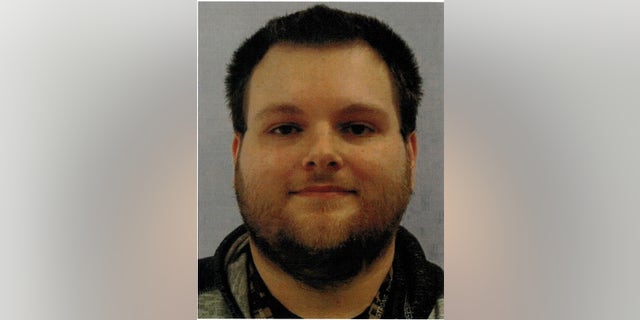 Kahl was arrested Sunday after threatening to kill a police officer and driving his vehicle into a police station, authorities said.
(Havre de Grace Police Department )

No officers were injured during the incident.

Kahl faces a slew of charges, including two counts of attempted first-degree murder, two counts of assault in the first degree, one count of reckless endangerment, and three counts of malicious destruction of property with a value greater than $1,000.

28/05/2021 World News Comments Off on Maryland man arrested after calling in threat to kill a cop, driving car into police station
Markets