Father-of-one, 47, was hit with a £70 parking fine as he visited his dying wife in hospital despite having a permit

A father-of-one was hit with a £70 parking fine as he visited his dying wife in hospital – despite having a permit.

Brian Foote, 47, went to see Nahruma Ahmed, 46, after she collapsed while waiting for blood tests at Manchester Royal Infirmary on June 20.

Nahruma, who had leukaemia, passed away just eight days later on June 28, leaving the family devastated.

Brian began receiving letters from Parkingeye nine days after his wife’s death – saying he had been fined £35 for parking without permission.

Despite having a valid parking pass, Brian said Parkingeye continued to demand payment – and increased the fine to £70, later threatening to take him to court. 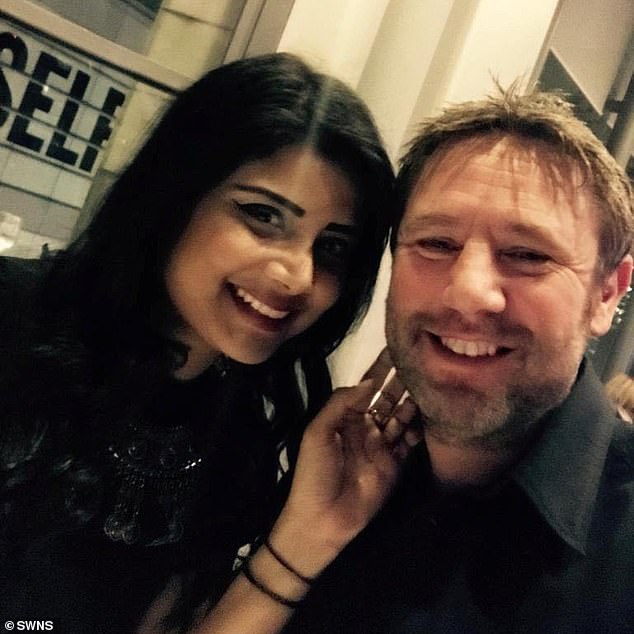 Brian Foote, 47, was hit with a £70 parking fine after visiting his wife Nahruma Ahmed (pictured together), 46, in hospital, despite having a valid parking pass

Brian, a litigation executive, said: ‘I feel completely corporately bullied. To treat me in such a way is despicable and terrible.

‘I’m not looking for sympathy here – I haven’t done anything wrong.’

When approached for comment, Parkingeye said they had decided to cancel the fine after a ‘review’.

Brian attended Manchester Royal Infirmary on June 20 after Nahruma was admitted to A&E.

She had been sent to the outpatient unit for treatment but had taken a turn for the worse while at the hospital. 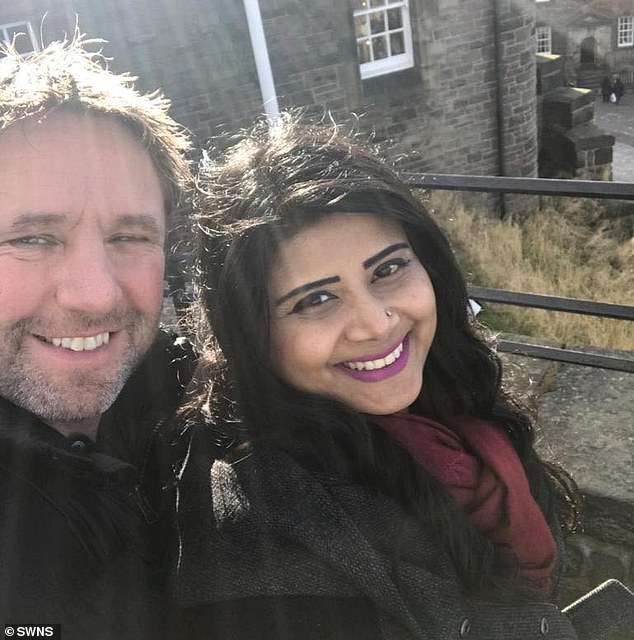 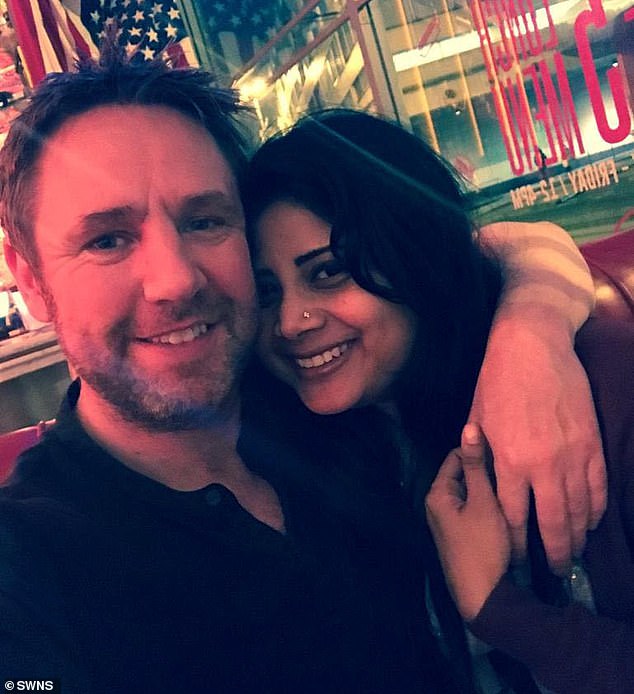 Nahruma had leukaemia and passed away on June 28, leaving the family devastated

Due to arriving late, the hospital provided him with a parking permit the next day and it was validated by car parking staff on site.

The former paratrooper even took a picture of the pass after it had been validated – showing that he was covered for parking on June 20.

In a heartbreaking turn of events, Nahruma passed away on June 28.

And, on July 7, Brian received a letter from Parkingeye which said they were charging him £35 for parking without permission.

Still dealing with the ramifications of his wife’s death and knowing that he had a valid permit, he didn’t respond to the letter at the time.

He then received another letter in August – demanding a payment of £70.

This time he provided the parking management company with picture evidence of his valid parking permit in response and explained the circumstances.

Expecting the matter to be resolved, he put the issue to the back of his mind – only to receive yet another letter on September 21. 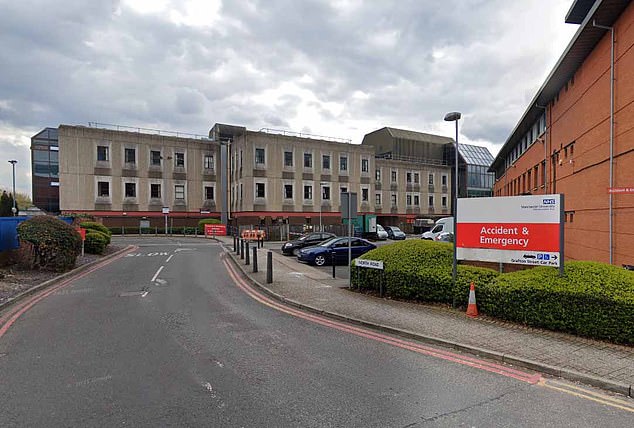 He says this said Parkingeye said it had not accepted his permit as valid – and demanded a payment of £70 or potential legal action.

Brian said: ‘My partner was very suddenly and completely out of the blue diagnosed with leukaemia on August 30, 2021.

‘It was absolutely devastating and tore our family apart. 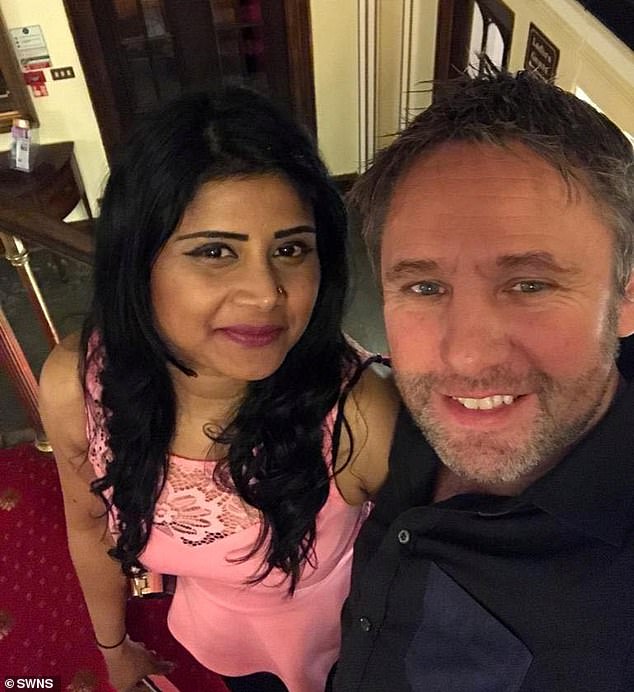 ‘She spent 90 per cent of her time in hospital and because of the nature of her condition the hospital provided me with regular car passes.

‘Regardless of Covid, she was classed as highly vulnerable with regards to anxiety and I was her main carer so I was there every single day in hospital.

‘On June 20, she went back into the day unit for some treatments and took a bad turn while she was there.

‘She was passed to A&E and, as I was her main carer and she was on over 20 different types of medication three times a day, I had to go up that evening.

‘By the time I left it was about 11.30pm. The next day I spoke to the haematology department and asked for an updated and backdated car pass which is completely normal.

‘They did so and I took it straight to the car parking staff at the barrier. I gave them the pass, said it had been signed by the hospital and backdated, so they filled out the rest of it.

‘I have no part in the car parking pass, it’s all done by the hospital and the car park staff. 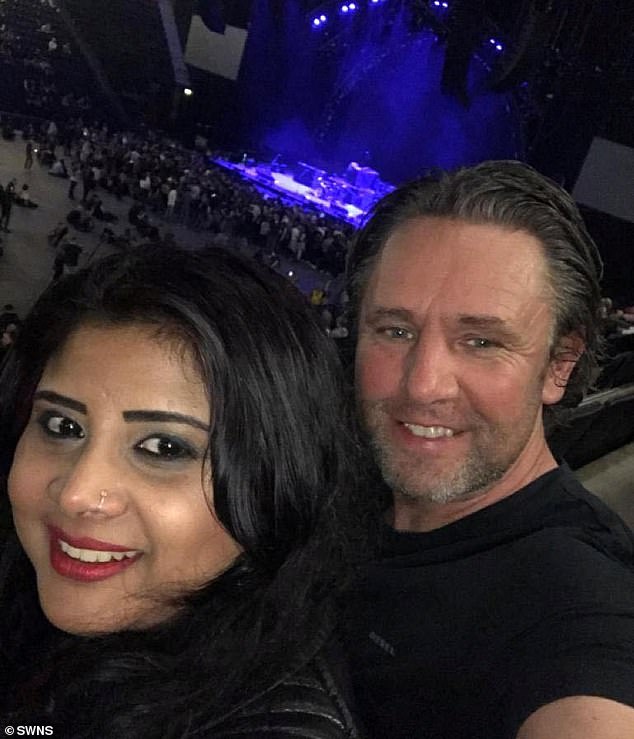 ‘I asked them to hold it up against the window and took a picture of it.

‘A couple of weeks later, I received a letter on July 7 asking for £35 from Parkingeye. I had lost my partner on June 28 so I didn’t open or deal with it, I just left it in a pile of letters.

‘I got another letter in August asking for £70 which I responded to on August 25 and forwarded them the screenshot from my phone and explained the circumstances.

‘I said they could see the pass was dated from June 20. I haven’t done anything wrong, please confirm this matter is resolved.

‘And, on September 21, I received a letter threatening court as they’ve declined the official car pass I sent to them which authorised me to park there – and they’ve failed on their obligation to provide me with reasons.’

Parkingeye said it had decided to cancel the fine after a ‘review’.

A spokesperson said: ‘Parkingeye provides a modern consumer-facing car-park management system which has enhanced accessibility and made parking at the hospital easier and safer for staff, patients and visitors.

‘The system is designed to ensure the efficiency and smooth operation of the hospital by ensuring that patients, visitors and staff park in their allocated car parks.

‘Following a review of the case we have cancelled the charge and have written to the motorist to confirm this.

‘We would add that Parkingeye operates a BPA (British Parking Association) audited appeals process, which motorists can use to appeal their parking charge. If anyone has mitigating circumstances then we would encourage them to appeal.’