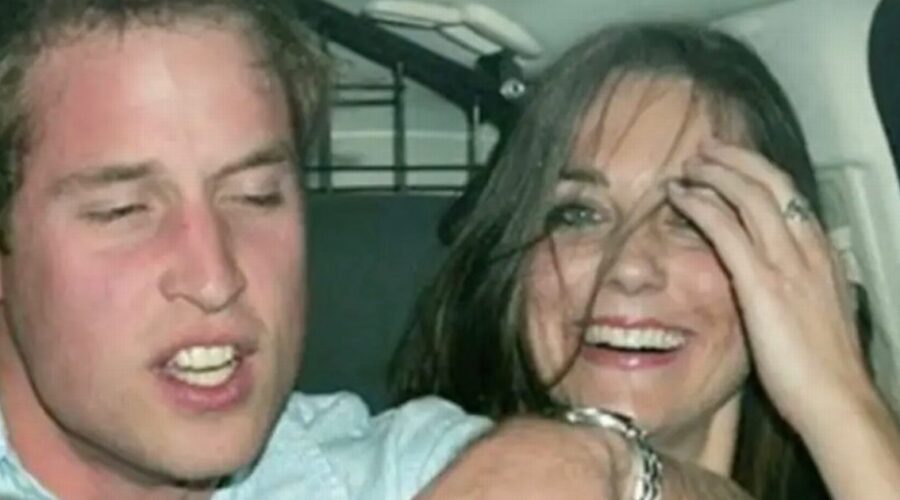 It's no secret that Prince William and KateMiddleton keep a pretty pristine image but there was a point they let their hair down in a big way.

The couple are often heralded as the ideal couple, and with Will second in line for the throne, the pair have truly thrown themselves into royal duties since tying the knot back in 2011, and along with their three young children, make in the picture-perfect family.

But the pair weren't always quite so proper, a video posted to TikTok has revealed.

READ MORE: Prince Harry and Meghan Markle 'must jump at any opportunity' to fix royal tensions

The clip contains throwback snaps of the Cambridges in their 20s, featuring many pics of the drunken pair leaving swanky clubs together and hanging out with friends – sometimes in a bit of a state.

Viewers of the TikTok vid, which has now racked up a whopping 4 million views, were quick to chime in with adoring comments about the couple.

Another commented: "just like all young people," before adding "that is nice….and normal"

A third said: "It’s nice to see them happy and relaxed".

The couple famously met at university in St Andrews in 2001, and immediately built a solid friendship, even moving into a house together along with two other pals.

It wasn't until 2004 that their blossoming romance became public, before they briefly split in 2007, only to get back together just a couple of months later and marry in 2011, becoming one of the UK's most revered couples.

Reminiscing back to their university days after their engagement, Will said: "We were friends for over a year first and it just sort of blossomed from then on.

"We just spent more time with each other, had a good giggle, had lots of fun, and realised we shared a lot of the same interests."

He cheekily added: "She's got a really naughty sense of humour."

While the couple was lavished with compliments, some couldn't help but notice that if the same pics had emerged of Harry and Meghan, they might not get the same loving treatment.

"If it was Harry and his wife it would be a scandale," one viewer noted.

Another agreed: "it’s all good but if it was our gurl Megan would be a different story."