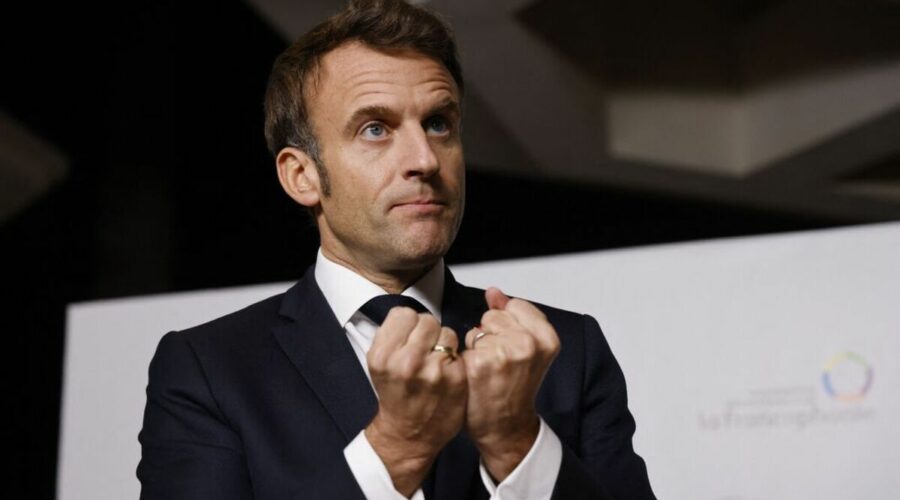 After the G20 meeting in Indonesia and then the Apec summit in Thailand, Emmanuel Macron completed a diplomatic marathon at the Francophonie Summit this weekend. In Djerba, Tunisia, the French President recognised during a round table the “reality” of the decline of the French language in the world.

With 321 million speakers, French is the fifth most spoken language in the world. But, still often associated with colonisation in the Maghreb or sub-Saharan Africa, it is steadily declining.

Coming to terms with this, Emmanuel Macron said he regrets a loss of influence in the world: “You have to be lucid. In the Maghreb countries, we speak less French than twenty or thirty years ago. It’s a reality. Francophonie has a little retreated.”

The place of French in the world has actually declined, and gradually given way to English and especially to other influences, notably Russian. Faced with a “return of imperialisms” or a “partition of the world”, which the French leader said he “dreads”, Mr Macron said he intends to remake French a universal language of peace and democracy.

He said: “The French language is the one that makes it possible to create unity, from Haiti to the African continent via part of the South American continent, Southeast Asia and the Pacific.

“It is both a space of resistance and reconquest. This word has sometimes been misused by others, but it is a word of ambition carried and a journey that must continue.”

Fluency in French is set to become a condition for the granting of residence permits, in view of the future immigration bill.

But the French President announced in 2014 that he wanted to turn France into “La Start-up Nation”, using Franglais to appeal to more young voters. The then-finance minister did not know he would be starting a war between French-language academics and the use of English words in everyday politics a few years later.

Earlier this year, President Macron was lambasted by the French Academy, the custodians of the French language, over the use of English on French ID cards issued since August 2021.

In February, the Academy blasted the French leader, and those like him, for the persistent use of English “gibberish” in politics.

Hélène Carrère d’Encausse, the grand 92-year-old aristocrat who has been the Academie’s Perpetual Secretary for three decades, said: “People do not understand why they must be subjected to this gibberish instead of French.

“This is evidence of a divide between an elitist fringe that claims to represent the ‘start-up nation’, and the rest of society.”

The biometric ID card, introduced in August 2021, contains a microchip and a QR code. But what’s really got the venerable academy’s back up is that every category has been translated in English, so it’s awash with words like “name”, “given name”, “date of birth”, “nationality”, “place of birth” “date of issue” and so on.

The Academy is denouncing a violation of the 1994 Toubon law, which made French the language of administrative documents, along with Article 2 of the French Constitution, which stipulates that “French is the language of the Republic”.

For the first time in its 400-year history, the academy has asked the Prime Minister to intervene, also threatening to take the matter to France’s Council of State, which deals with constitutional matters.

Ms Carrère d’Encausse told Le Figaro in January that normally the body would issue a simple statement on the matter.