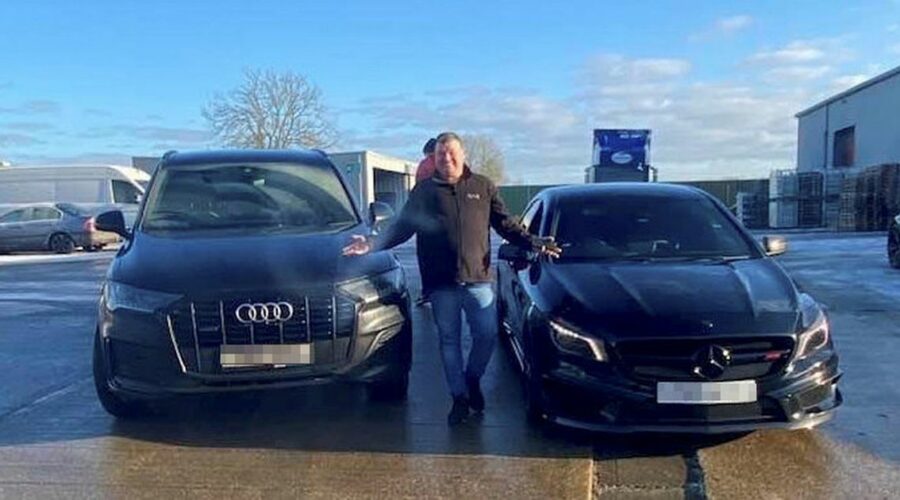 A lucky bloke has bagged himself two cars in two days worth a hefty £80,000 after a raffle ticket winning spree.

The dad-of-two had bagged six tickets for 79p and then two days later spent £18 on a single ticket while showing his pals down the pub how to enter the raffles.

His first collection of cheap tickets bagged him a Mercedes CLA 45 AMG, while the second, £18 ticket, saw the 52-year-old nab an Audi Q8 for just £18.

The Hexham, Northumberland-based bloke has spoken of the "freakish" win that, at first, his family refused to believe.

"It was just all surreal. It's freakish to win two, to win one was good enough, but to win two was unbelievable."

Shaun had been down the pub when he received a call explaining his winnings, though thought it was a cruel prank at his jest when he first picked up the phone.

He added: "I didn't believe it myself, it wasn't until I checked the website I realised I actually had won.

"Two days later, while explaining to a couple of friends how you go about entering, I got a notification to say that another car had just come up on Storm Competitions, and there was only two hours to the draw.

"I went to bed not even thinking about it, it wasn't till I woke up in the morning to go to work and checked my phone, I had a couple of missed calls from Storm Competitions.

"I entered because they're better odds than the lottery if you look at it. I don't know anybody who's ever won the lottery."