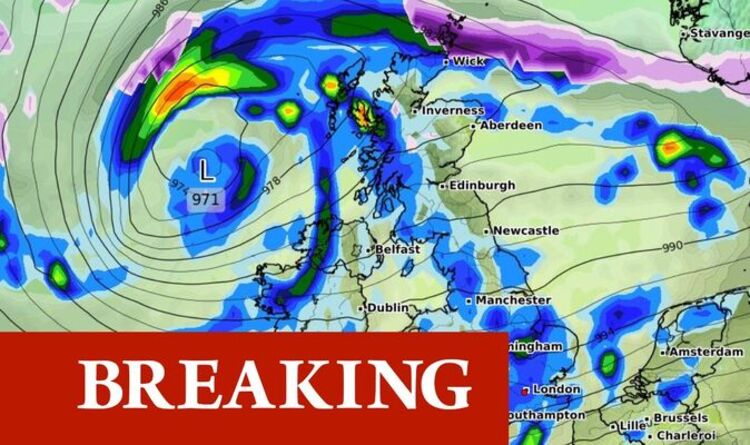 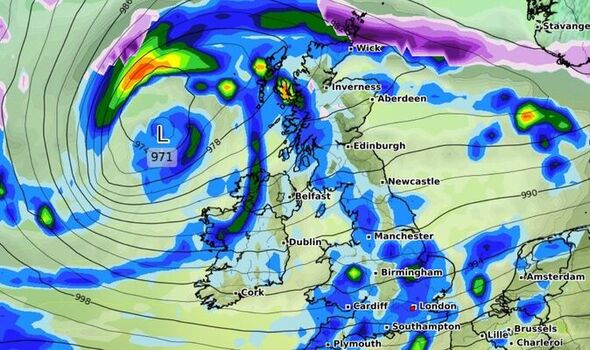 Across the city, bolts of lightning were visible before thunder rumbled across London shortly after.

One London resident, Edward Terry, wrote on Twitter: “Torrential Rain in the south near London – so heavy it’s setting off car alarms! Eek.”

London was likely to see the most incidences of lightning.

The Met Office warned Brits to be wary of “torrential rain and thunderstorms” in parts of the country.

The Met Office also predicted a higher concentration of rain around the capital than most parts of the UK.

They said in a tweet on Wednesday afternoon: “An intense line of heavy showers is bringing a short period of torrential rain and thunderstorms as it moves east across London.

“Be aware of the potential for some surface water on the roads and some lightning strikes across SE England #WeatherAware”.

The BBC’s weather service predicted that after the lightning hit, “light rain showers and a moderate breeze” would be felt across London on Wednesday afternoon, with the downpours tailing off towards the evening.

But the heavy rain spells being followed up by patches of warm, bright sunshine, many Brits have taken to social media to express their confusion with the changing weather.