In a private conversation, the Prince of Wales reportedly previously described the plan to deport undocumented migrants to the Commonwealth nation as “appalling”. The Prime Minister accused critics of the plan yesterday (Thursday) of having “outdated” views of the African nation.

The Government’s plan to deter people smugglers from extorting money from vulnerable people to make a dangerous and often fatal trip across the English Channel has been subject to legal action.

The High Court and the Court of Appeals allowed the first flight to go ahead earlier this month.

Of the 130 people due to be on board, it is believed only one migrant was eventually scheduled to be on the plane.

However, that flight was blocked by a last-minute European Court of Human Rights ruling, which grounded the aircraft. 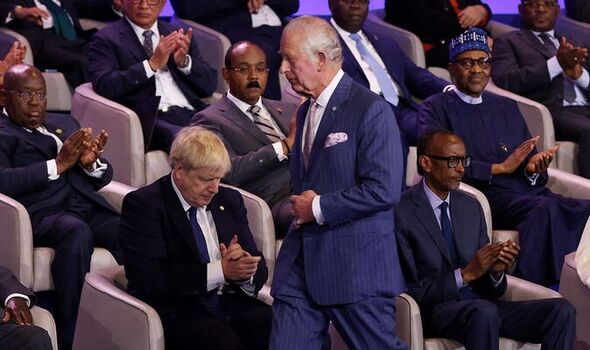 The Government has vowed that further flights will go ahead, and has floated the idea of leaving the ECHR and drawing up its own bill of rights.

Lawyers fighting the plan argue it does not work, as there has been a surge in crossing since the policy was announced.

Royal aides are said to be frustrated that the issue is overshadowing Prince Charles’s visit to Rwanda this week for a meeting of Commonwealth leaders – his first as head of the international community.

But the Prime Minister may have stoked the issue further in a private meeting while in Kigali on Thursday morning. 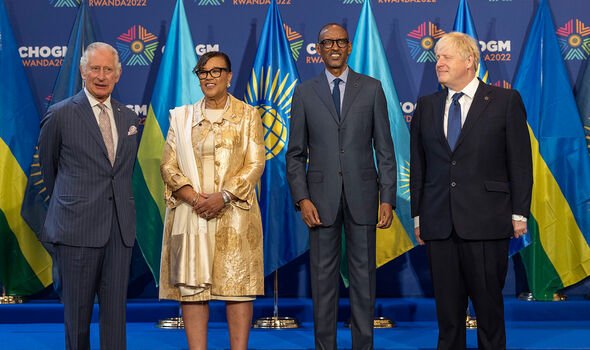 Ahead of the meeting, Mr Johnson told reporters that those critical of the controversial policy “need to keep an open mind about the policy.

“The critics need to keep an open mind about the policy. A lot of people can see its obvious merits.

“So yes, of course, if I am seeing the prince tomorrow, I am going to be making that point.”

He accused them of having “a perception – perhaps a stereotype – of Rwanda that is now outdated”. 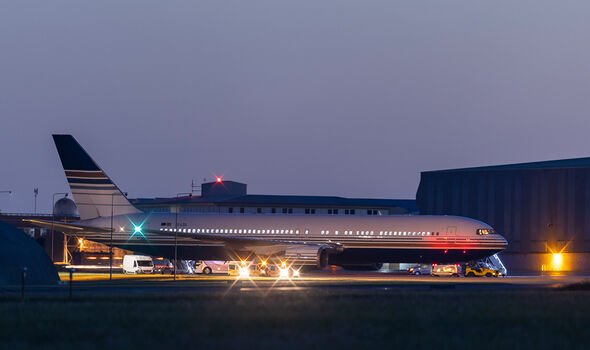 Downing Street and Clarence House both later clarified to the Times that it was “unlikely” that the topic would arise in the conversation.

Mr Johnson’s spokesperson said it would not be “at the forefront of his mind”.

Instead, the PM’s “focus remains on some of the important challenges on the future of the Commonwealth, on climate change, on girls’ education”.

A source close to Prince Charles told the paper his priorities on the trip were young people, sustainability and securing the future of the Commonwealth. 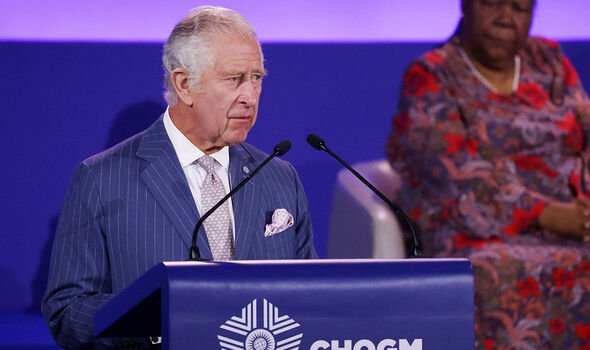 He is reportedly keen to note that 60 percent of the community’s population are under the age of thirty.

A Clarence House spokesperson said: “As we have said previously, we will not be commenting on supposed remarks made in private except to say that the prince is politically neutral. Policy is a matter for Government.”

However, she said that “people should come and see for themselves and not have the wrong idea of what it is like to live in Africa, in Rwanda.

“We live here. We don’t consider it a punishment to live in Rwanda.”