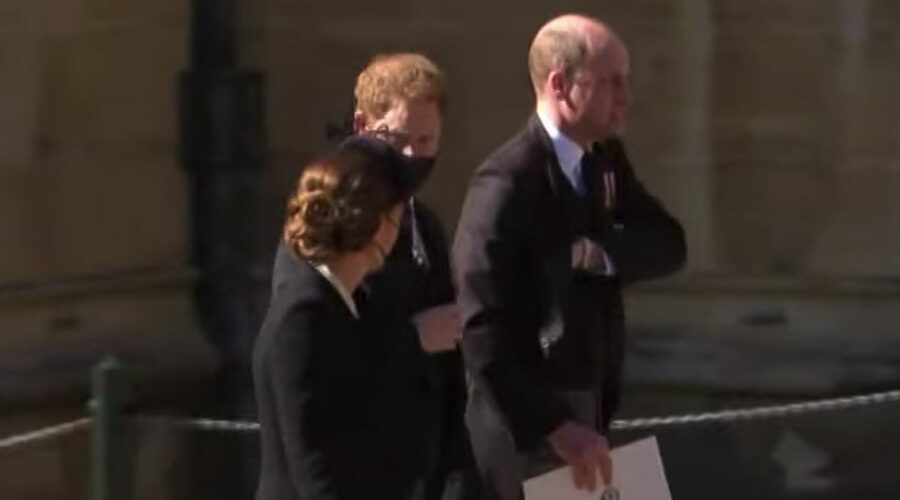 Kate Middleton has come into her own since Meghan Markle and Prince Harry have left the UK and showed her true colours at Prince Philip’s funeral, a royal expert has said.

The Duchess of Cambridge's biographer, Claudia Joseph, says Kate has gone from a nervous bride 10 years ago at her wedding to learning the ropes of the Royal Family.

She highlighted her role in being a mediator between Prince William and Harry as demonstrating her value to the royals.

“We have seen her really come into her own in the past year I feel since harry and Meghan decided to leave the country and the workload fell on William and Kate’s shoulders much more,” Claudia said on Sky News' Daily podcast.

“But they’ve stepped up i think we’ve seen them on Zoom calls, we’ve seen them doing visits, meeting people, talking about mental health, about issues that affect people in lockdown.

“I think she showed her true colours at Prince Philip’s funeral when she acted as a peacemaker between William and Harry.”

After Philip's ceremony in April, Kate was seen engaging in a friendly conversation with Harry outside St George's Chapel.

Despite an alleged falling out with her husband William, the Duchess showed a "sign of affection" towards Harry and many have royal watchers believe her actions helped the brothers talk themselves as they walked away. Ms Joseph said how Kate has taken her time and listened to the royals around her.

“They are a very close-knit family and if you look at the way she has been gradually introduced into the Royal Family she has obviously had conversations with Charles and Camilla and with the Queen and the Duke of Edinburgh,” she said.

“They will have explained to her how to behave like a royal. She hasn’t really put a foot wrong since she has been married to William.

“She has taken her time, she has learnt the ropes and she is now blossoming.”