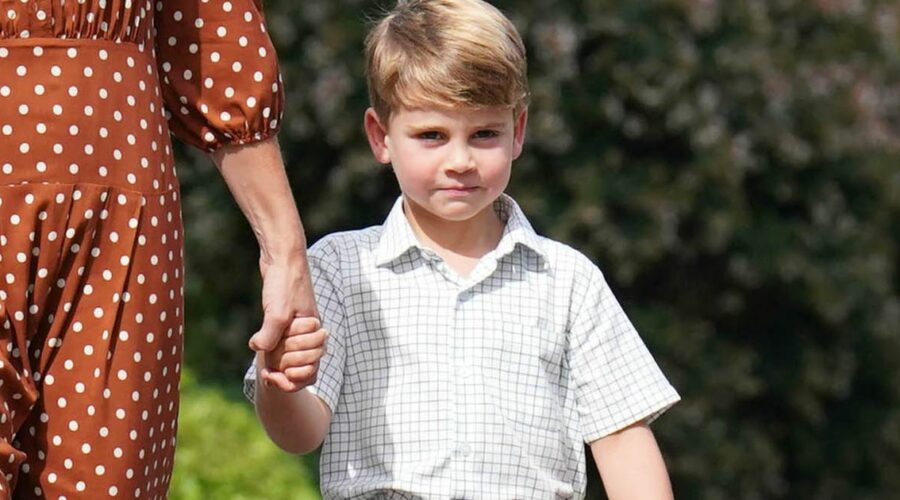 Kate Middleton has said Prince Louis is struggling with the Queen's death as he stays home for the funeral today (Monday, September 19).

The Princess of Wales revealed that her youngest son is asking lots of questions and struggling to understand, when speaking to Australia's Governor-General, David Hurley, at a reception held for Commonwealth dignitaries ahead of the Queen's funeral.

Mr Hurley said that Kate revealed her eldest son Prince George, nine, is "sort of now realising how important his great-grandmother was and what is going on".

But four-year-old Louis has been asking whether the family's summertime visit to Balmoral Castle will still be as he remembers them.

"The younger one is now asking questions like, 'do you think we can still play these games when we go to Balmoral' and things like that, because she's not going to be there?" Mr Hurley said.

Speaking to well-wishers last week, the Princess of Wales revealed Prince George 'understands the loss' of his great-grandmother – while his younger siblings Princess Charlotte and Prince Louis understanding was 'less so'.

"My daughter asked her how the children were doing, and Kate thanked her and said yes, they were doing well and they were being looked after at school, so that was a nice exchange," one well-wisher shared of her conversation.

Prince George and Princess Charlotte made a surprise appearance at their great-grandmother’s funeral today, walking behind her coffin into Westminster Abbey.

The Prince and Princess of Wales thought ‘long and hard’ about whether their two eldest children, aged nine and seven, should join them, the Daily Mail has reported.

But after George and Charlotte attended their great-grandfather’s memorial in March, William and Kate decided they could cope with the solemnity of the occasion.