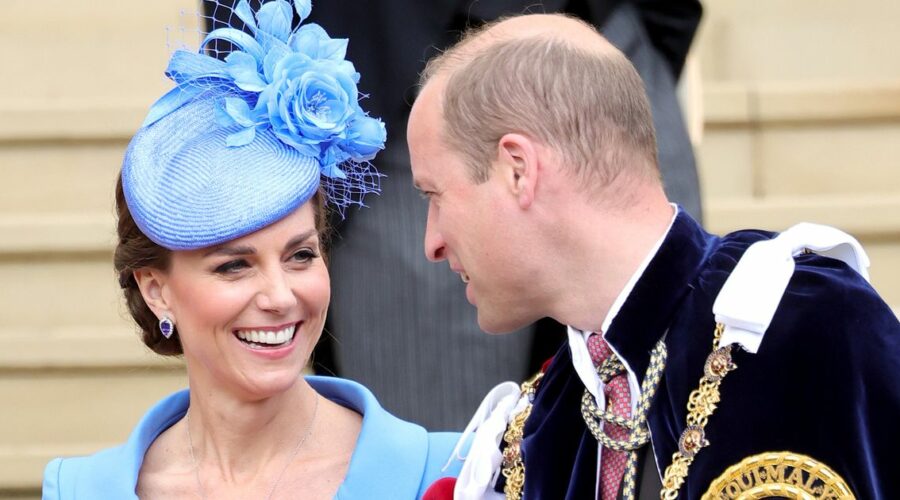 Kate Middleton and Prince William's royal plan "has clearly gone out the window" as they leave London for Windsor, a columnist claims.

The Cambridge family appear set to up sticks and relocate from the extensively refurbished Kensington Palace to Adelaide Cottage on the Queen's Berkshire estate.

According to royal writer Daniela Elser, moving from the capital "essentially means they have wasted millions and millions of Sovereign Grant money" of modernising Kensington Palace.

The reported £4million spent on the Cambridge's home of Apartment 1A was funded by 25% of revenue from the Crown estates that the royal family keeps largely for maintaining property.

William and Kate also dug into their own pockets to spend hundreds of thousands of pounds of their own money on further renovations and the interiors.

All this was done with the idea that the Cambridges would stay rooted at the palace for many more years to come, Ms Elser says.

Writing for News.com.au, she commented on the move: "At the time of the costly renovation, the line was simple: William, Kate and baby Prince George were preparing to move from Wales to London to start full-time working royal life and they therefore needed a proper home base.

"It was fine that such large amounts of money were being splashed about on the four-storey, 20 plus-room property because the Cambridges and their horde of aides and advisers, would be setting up shop there and for life."

Ms Elser has based much of her reaction on the claims of royal commentator Robert Jobson who tweeted on Sundat: “I was told personally and categorically by a senior aide to the Duke when millions of public money was spent on KP and Apt 1A for the Cambridges’ that it/KP would be their base when William became heir to the throne. Is that now changing with the move to Berkshire?”

She continued: "In short, Kensington Palace would be Cambridge HQ, the William and Kate Mothership which would see out their transition from royal rank and file to William acceding to the throne.

"That plan has clearly gone out the window and Berkshire beckons. As veteran royal reporter Robert Jobson tweeted this week:

"With the Cambridges only having lived full-time in London since 2017, that works out at their Kensington Palace reno as having cost the Grant, and kinda, sorta by extension taxpayers, $1.56 million (£865,000) per year of dedicated royal duty.

"What I find curious here is, where’s the uproar?"

Rather than backlash, replies to Mr Jobson's tweet were almost exclusively defending the couple.

One fan commented: "Prince Charles had Kensignton Palace + Highgrove before his Divorce, then St James & Highgrove. Can't William and Catherine not have Kensington and a country house???"

Another said: "I can see them wanting to give there children more freedom that Windsor offers."

"Do you really begrudge a move to Windsor to be closer to the Queen? Seriously?," A third asked.