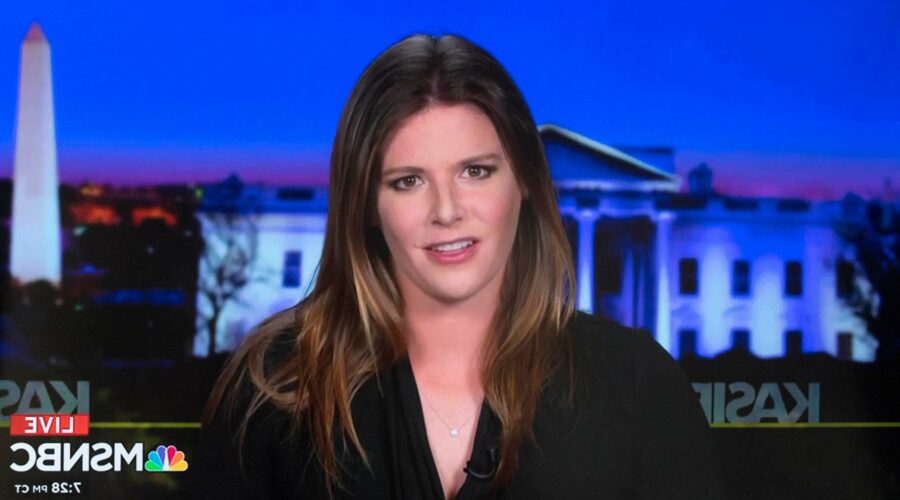 Hunt, who hosts “Way Too Early” on MSNBC and serves as a Capitol Hill correspondent for NBC News, delivered the news on her morning show Friday by revealing that it would be her last broadcast of the program.

“This is going to be my final broadcast with all of you,” she said, adding that she would reveal the details of her “new adventure in the next few weeks.” A rep for NBCUniversal confirmed Hunt’s departure but declined to comment further.

Hunt also posted a video of her farewell on Twitter, where she added a brief message.

“Some personal news, as they say — thank you to all of the viewers, reporters, lawmakers and everyone else who’s gotten up extra early to help make ⁦@WayTooEarly⁩ better. I loved doing this show. More soon! #WayTooEarly” Hunt wrote.

Hunt joined NBC News in 2013 and had a daily program as an MSNBC correspondent since 2020. She gained a following in recent years and had a Sunday night MSNBC show, “KasieDC,” before grabbing the early-morning slot on weekdays to host “Way Too Early” in September. Her show was the lead-in for MSNBC’s “Morning Joe” hosted by Joe Scarborough and Mika Brzezinski.

Hunt was also a regular face on NBC News programs like “Meet the Press” and on NBC News Now, the broadcaster’s streaming network.

In her departure video, Hunt thanked her team and her viewers, adding: “I’ve really loved spending most of the last year with all of you, seeing pictures of your pets and your babies and learning why you are awake and watching and, of course, bringing you the news.”