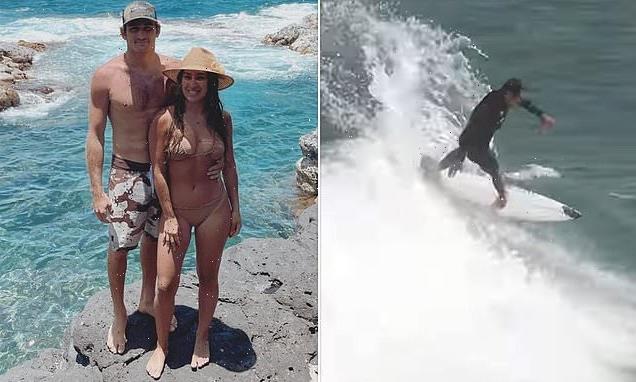 Champion Hawaiian surfer, 24, with rare heart defect has seizure and dies while surfing

World junior surfing champion Kalani David died in Costa Rica on Saturday after having a seizure while out in the ocean.

The 24-year-old Hawaiian surfer and skater suffered from Wolf-Parkinson-White syndrome, a rare heart defect, that ultimately leads to a periodic rapid heart rate.

Keoni, David’s younger brother, confirmed the devastating news on Instagram, according to reports.

‘You are the best brother I could ever ask for,’ Keoni wrote. ‘I will miss you Kalani.’

Kalani’s health condition caused him to suffer from multiple seizures with his first occurring in 2016. Months before his death, the surfer was advised by a doctor to not surf or drive after multiple episodes and concerns about potential unexpected death.

‘With these seizures, I keep having, my neurologist said no driving and no surfing until I stop having them. I mean, I could surf, but if I was to have one and don’t get saved in time, I’ll either die or become a vegetable because I don’t have enough air to my brain,’ Kalani wrote on Instagram in June.

‘I keep getting lucky, I had a seizure driving and the other in the water within a couple of months. For the past couple of years been having seizures sleeping, and just Angels watching over me because I don’t know how I keep getting so lucky and living through it all.

‘Time to get this stuff in order so I can move ahead in life – at least I can skate and fish! Been getting asked a lot about my situation, so wanted to let everyone know how it is for me right now.

‘I been putting these health issues to the side because I couldn’t believe it, but doing that has made it worse. My life has completely changed, and it’s not rejection, it’s redirection.

‘Thanks, everybody for the love just stoked to be alive and well. It’s not about what you want it’s about what you have and making the best out of it.’ 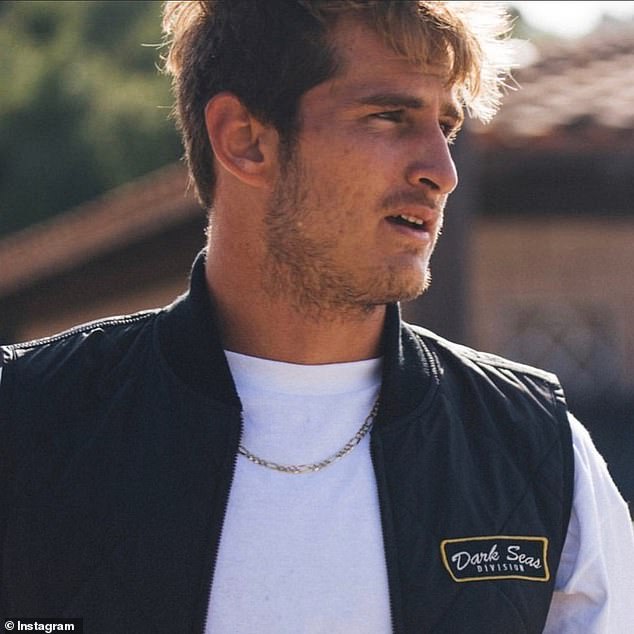 Hawaiian surfer Kalani David died in Costa Rica on Saturday after having a seizure while out in the ocean. The 24-year-old legend has suffered from multiple seizures in the past year 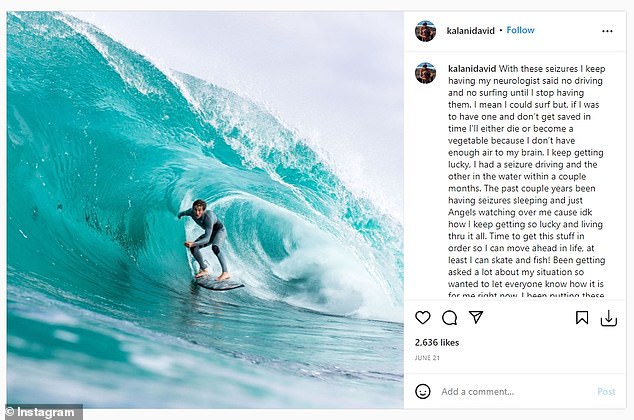 The 24-year-old Hawaiian surfer and skater suffered from Wolf-Parkinson-White syndrome, a rare heart defect, that ultimately leads to a periodic rapid heart rate 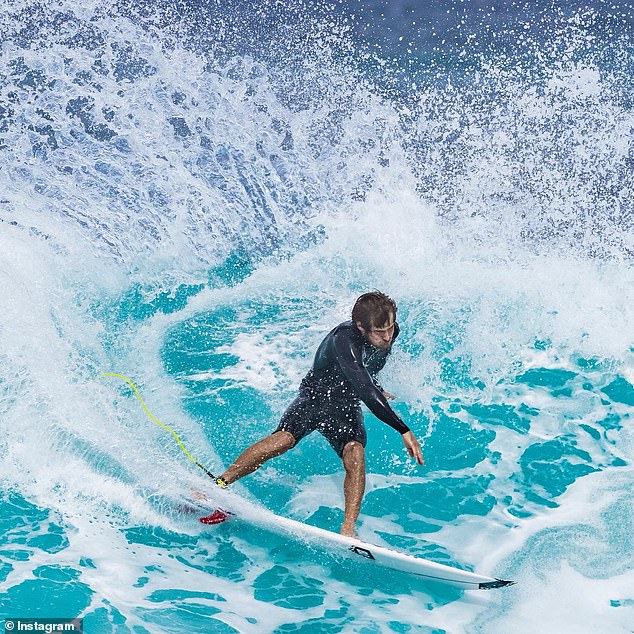 In a June health update, Kalani said his doctor advised for him to halt surfing and driving after experiencing an increase in seizures 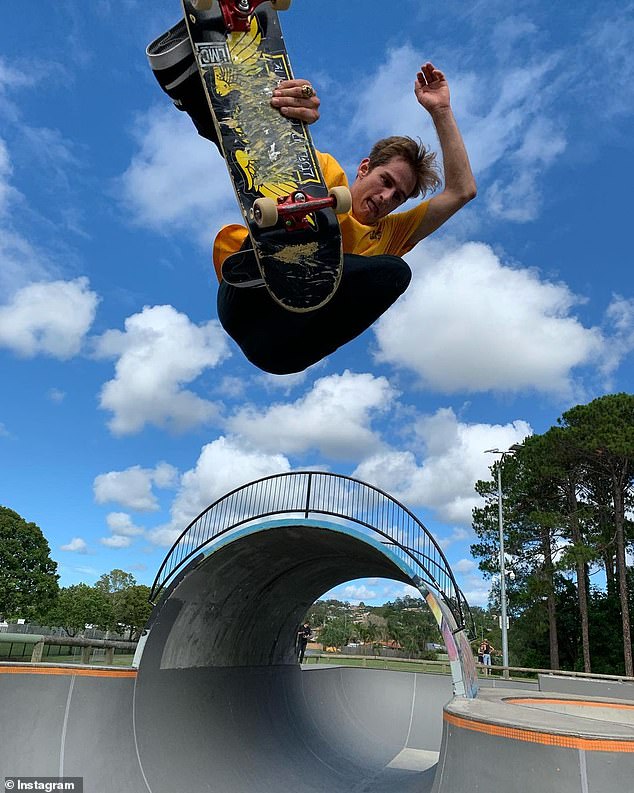 Kalani’s first seizure was in 2016 while skateboarding in San Diego, California. Months later, he suffered from more seizures and his heart briefly stopped

Kalani was born on Hawaii’s Oahu North Shore and quickly rose to a ‘veteran’ surfer at 14 years old, according to his X Games profile.

He poured his heart and soul into surfing and skating, and when asked in 2016 to choose between the two as a career, he simply answered, ‘If it was life or death, and I had to choose skating or surfing, I’d choose death.’

The seasoned surfer suffered his first seizure in 2016 while skateboarding in San Diego, California. Later on, he had three more seizures after his heart briefly halted, according to The Daily Beast.

‘So grateful to be alive,’ Kalani wrote on Instagram at the time while he claimed he ‘fell on [his] face and woke up in an ambulance.’ 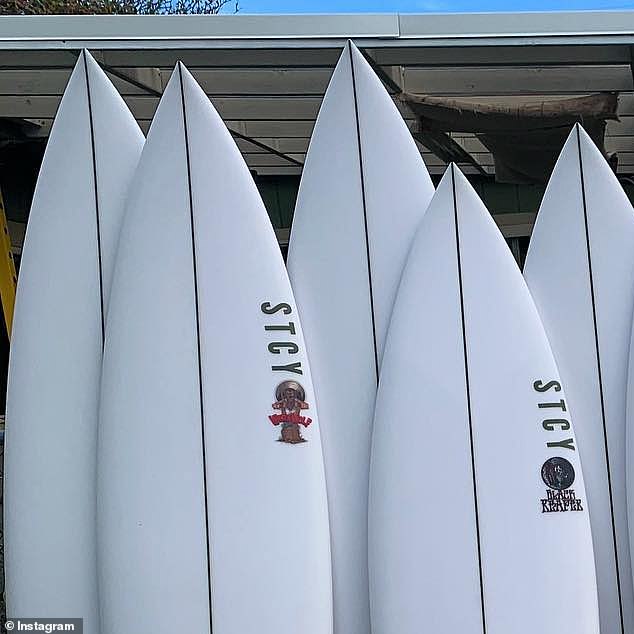 Kalani’s life centered around skating and surfing. When asked in 2016 to choose between the two as a career, he answered, ‘If it was life or death, and I had to choose skating or surfing, I’d choose death.’ 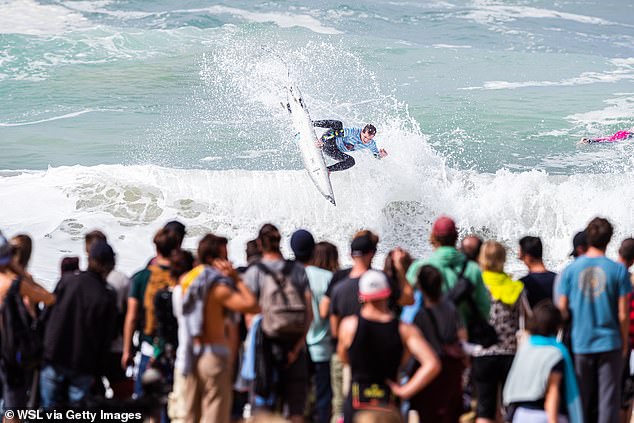 After suffering multiple seizures in 2016, he said he was ‘grateful to be alive’ 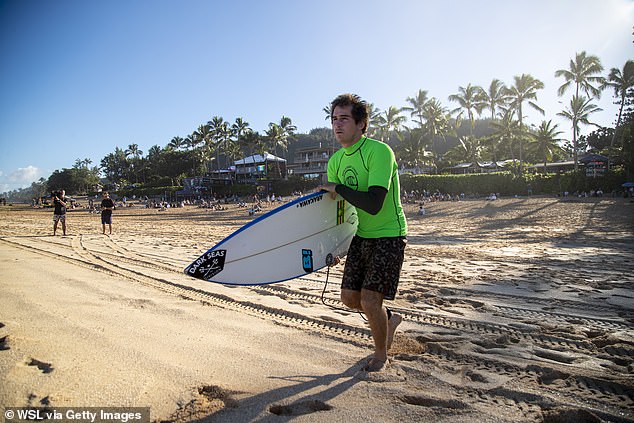 Sammy Marquecho, Kalani’s girlfriend, tragically announced his death on Sunday while sharing multiple pictures of their live together. She revealed Costa Rica was where the surfer wanted to start a life.

‘At a loss of words,’ she wrote on Instagram. ‘My heart is shattered without you in this world. My first & forever love thank you for showing me what true love & happiness was.

‘Flying to Hawaii from California before knowing you was the best decision ever, (no matter how nervous my family was). You proved to me that love at first sight is real.

‘I’ll never forget our first date when you peeled all of my messy buttery shrimp for me! This guy had the biggest heart in the world & would give the shirt off his back for anyone.

‘Kalani you dreamed the biggest dreams you were working towards that I know you were going to accomplish.

‘You left this world doing what you loved most, surfing & being in the ocean. My angel, hubby, King.. until we meet again’

Marquecho was supposed to spend a week with Kalani in Costa Rica before he died. 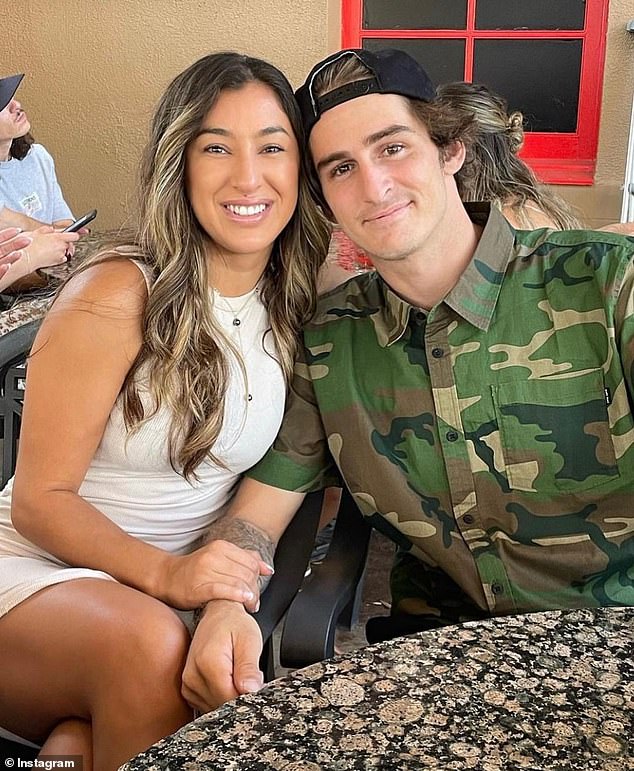 Sammy Marquecho, Kalani’s girlfriend, tragically announced his death on Sunday while sharing multiple pictures of their live together 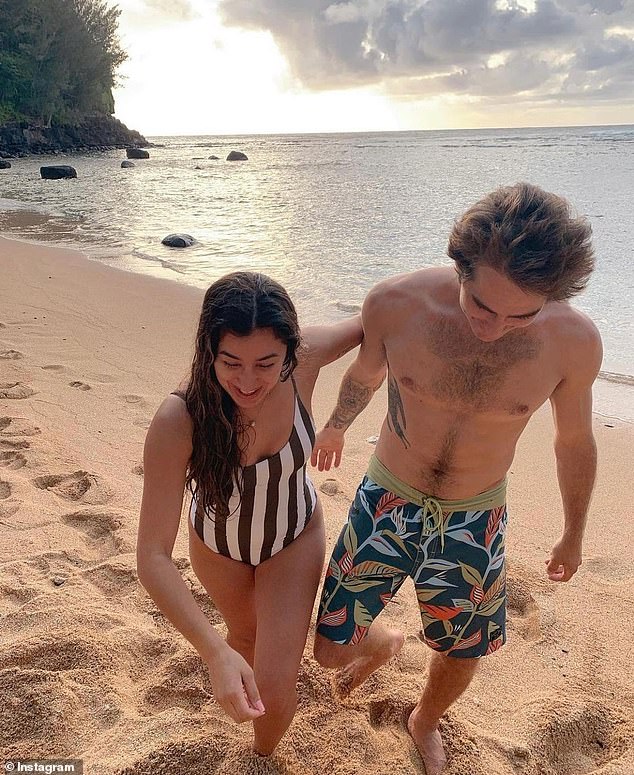 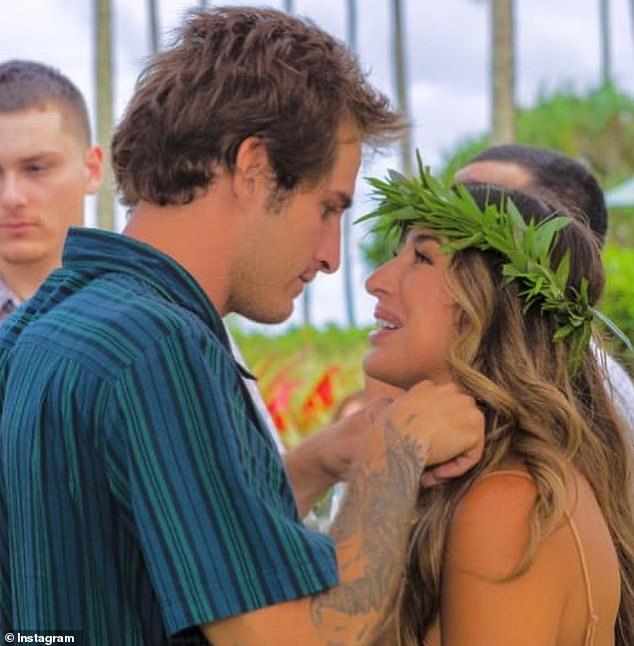 Tributes for Kalani poured out for the late surfer on social media as friends remembered his life.

‘He had reconnected with family there and was having such a great time. I’ll always remember your stoke when we’d shoot skate n surf, and how much hope you had for your future.’

Freesurf Magazine also paid tribute to Kalani and called him a ‘child prodigy.’

‘With a very heavy heart, the surfing world lost a very talented, very young surfer. Kalani David was indeed a child prodigy and absolutely still shredding up until his recent passing.’

The tribute continued: ‘His smile was infectious and never did I hear an I’ll word come from his lips. As publisher, I have watched and cheered his evolution as long as I can remember.

‘You can expect a serious memorial coming soon. And then some. We’ve been following his career for at least 15 years. Maybe since kindergarten? Wow. So very sad. Sincere condolences to family and friends.’

‘Kalani was one of the most talented surfer/skaters on Earth,’ Slater wrote, according to reports.

‘Constantly pushing the limits every time he was on his feet. Condolences to the huge community of friends Kalani had coast to coast and across the globe.’ 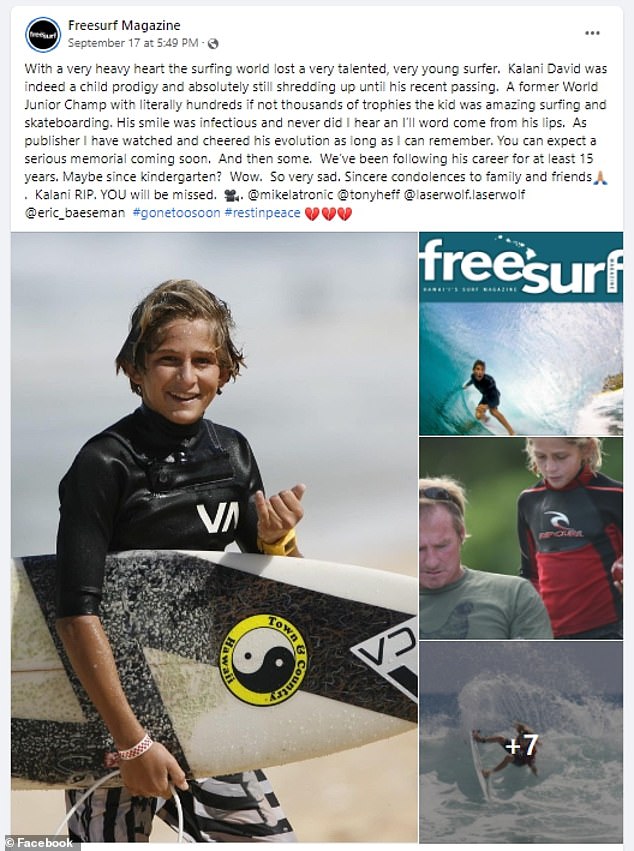 20/09/2022 World News Comments Off on Kalani David, 24, dies after having a seizure out on the water
Markets