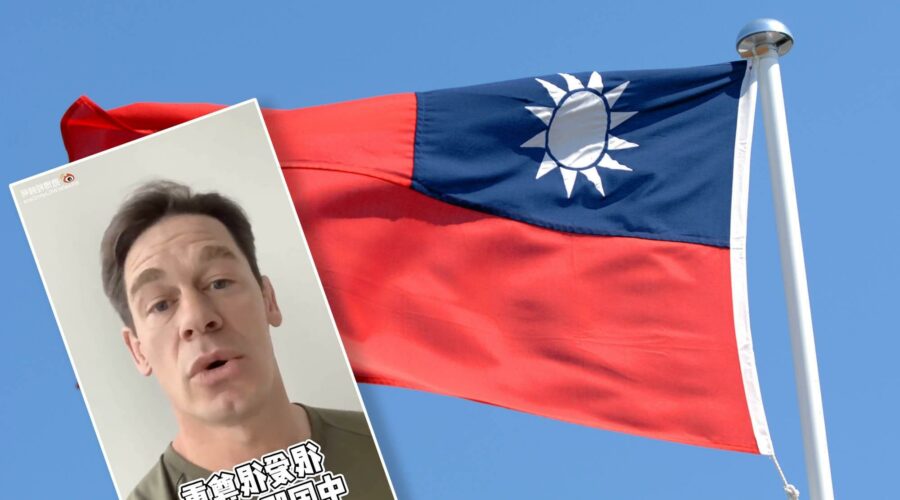 The apology came fast and furious.

Former professional wrestler-turned-actor John Cena, who is appearing in “F9,” apologized on Tuesday to his Chinese audience for referring to Taiwan as a country — saying, “I’m very, very sorry about my mistake. I apologize, I apologize, I’m very sorry.”

In an interview with a Taiwanese broadcaster to promote the new “Fast and Furious” film earlier this month, Cena, speaking Mandarin, said: “Taiwan is the first country that can watch ‘F9,’” sparking a firestorm of criticism in one of Hollywood’s largest international markets.

His comments triggered immediate backlash in China, which considers Taiwan, a self-governing island state, part of its territory.

“Hi China, I’m John Cena. I’m in the middle of ‘Fast and Furious 9’ promotions. I’m doing a lot of interviews. I made a mistake in one of my interviews,” ​he said.​

However, many Chinese netizens were unsatisfied with the gesture because Cena stopped short of saying that Taiwan is part of China.

“I still didn’t say that Taiwan is China. Is it so difficult?,” one user wrote under his post.

“Actually, it’s better to post a video and directly say that Taiwan is a part of China. What’s the point of apologizing?,” posted another user.

“Please say ‘Taiwan is part of China’ in Chinese, otherwise we will not accept,” demanded another commenter.

“Maybe someone gave you the wrong information, which led you to say these words in the interview. Now it has been corrected in time. Taiwan Province belongs to China, and it has never been an independent country,” one user said.

C​ena, who learned Mandarin to help his wrestling promotions in China, has more than 600,000 followers on Weibo.

​”F9,” directed by Taiwanese-born Justin Lin, is seeing success at the box office in China, grossing nearly $137 million since opening there last Friday, according to Variety.

The action pic doesn’t open in the US until June 25.​