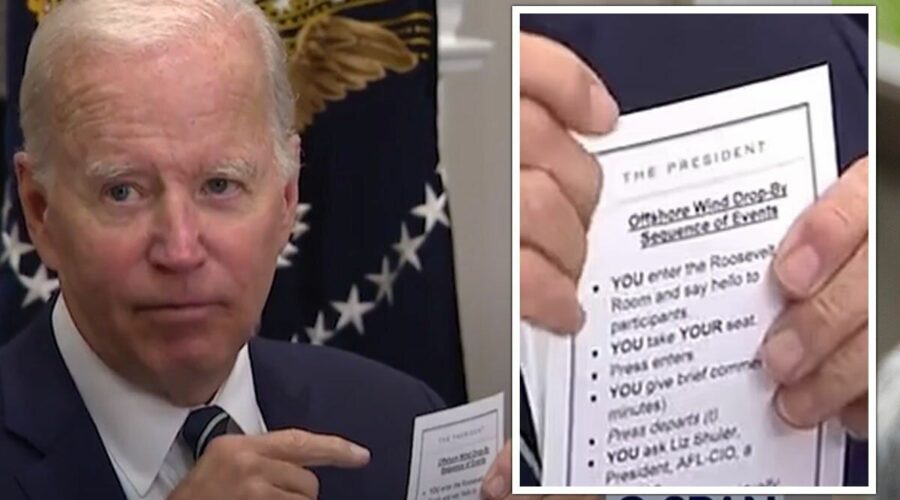 The US President was filmed holding a piece of paper which clearly outlined what he should do in a televised meeting with wind industry executives. The 79-year-old was instructed to speak to specific people and to thank them before leaving. The eight-point plan referred to President Biden as “YOU” throughout.

News of the sheet has sparked concerns the US President has “serious cognitive failure”.

“This says to me he has serious cognition failure. I think it’s extraordinary.”

Radio broadcaster Luke Grant added: “The final line should have been, ‘please don’t hold this sheet up so the media get it on the camera’. 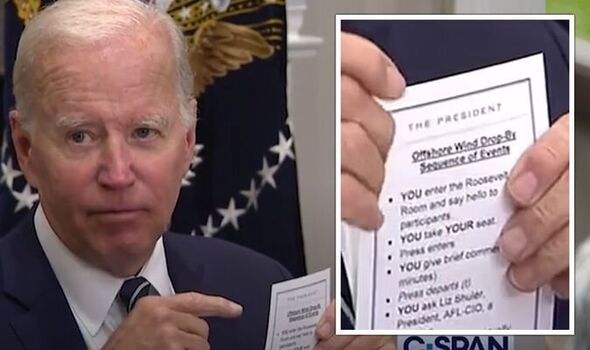 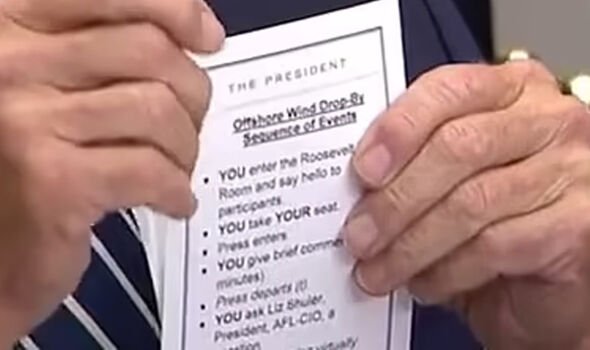 “I feel it’s a little unkind but there is clear decline and to think you need an instruction sheet when you’re a foot away from a big button.”

It comes just two years after Mr Biden released a medical assessment which describes him as “healthy and vigorous”.

Mr Biden, who survived two brain aneurysms in the late 1980s, has not had any serious medical issues since.

Texas Republican representative Ronny Jackson has claimed US President Joe Biden does not appear to be “physically or cognitively fit”.

He has urged the president to be tested as his job is “demanding”.

It comes following multiple incidents where Mr Biden has sparked health fears with the public. 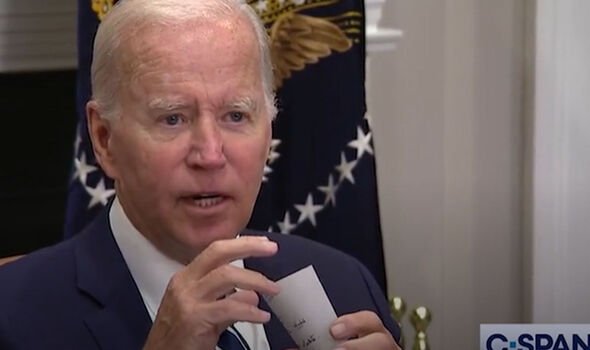 “I know what the rigors of this job are, physically and cognitively – it’s demanding.

“He’s not inspiring confidence. It’s sending the wrong message to our adversaries.”

Safest country in the world for Britons – full list
Dementia: The way a loved one dresses could be a sign
US swimmer saved by hero coach after fainting speaks out on ordeal
Airbnb creates fund for world’s funkiest holiday lets – photos
Ukraine LIVE: ‘Bomb London first!’ Putin ally vows to ‘destroy’ UK’