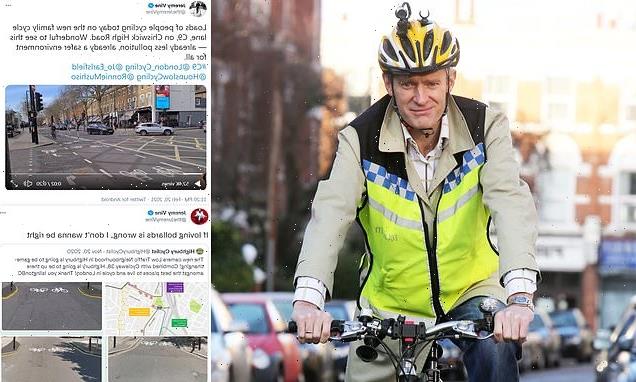 He is an avid cyclist, documenting his life on two wheels for his nearly 800,000 Twitter followers.

But it seems Jeremy Vine’s enthusiasm ran away with him somewhat – after breaching the BBC’s bias rules by tweeting in favour of controversial low-traffic neighbourhoods (LTNs).

The Radio 2 host, 57, wrote of his support for the schemes, which redirect traffic away from residential areas, including near his home in Chiswick, west London.

BBC bosses say they have spoken to Vine after a member of the public complained the presenter ‘should be non-biased’, and that some of his tweets on the matter represented ‘a campaign of abuse’ against a local campaign group. 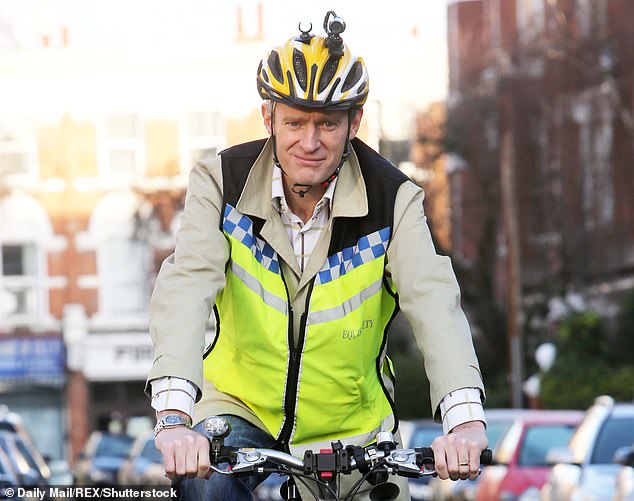 Radio 2’s Jeremy Vine has been accused of breaching the BBC’s bias rules for tweeting his support of the controversial Low Traffic Neighbourhoods. BBC bosses said they have spoken to Vine after they received complaints about his tweets from members of the public

The BBC’s executive complaints unit partly found in favour of the member of the public, and said in its written ruling that LTNs represented ‘the kind of topic to which considerations of due impartiality applied for the BBC’, and therefore to broadcaster Vine.

It said: ‘In relation to impartiality, the guidance makes clear that the BBC’s standards should be observed in personal social media activity, as well as on air, by those who work in journalism and factual programming, and the topical content of Mr Vine’s programme on Radio 2 brings him within that category.

‘The introduction of an LTN was a source of sharp controversy in Chiswick at the time in question.’ However, they said the finding had no bearing on Vine’s well-established ‘personal enthusiasm’ for cycling. 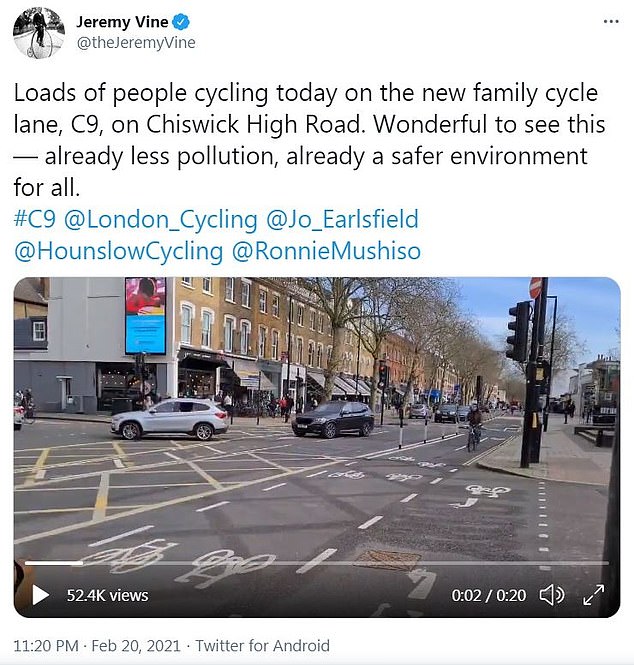 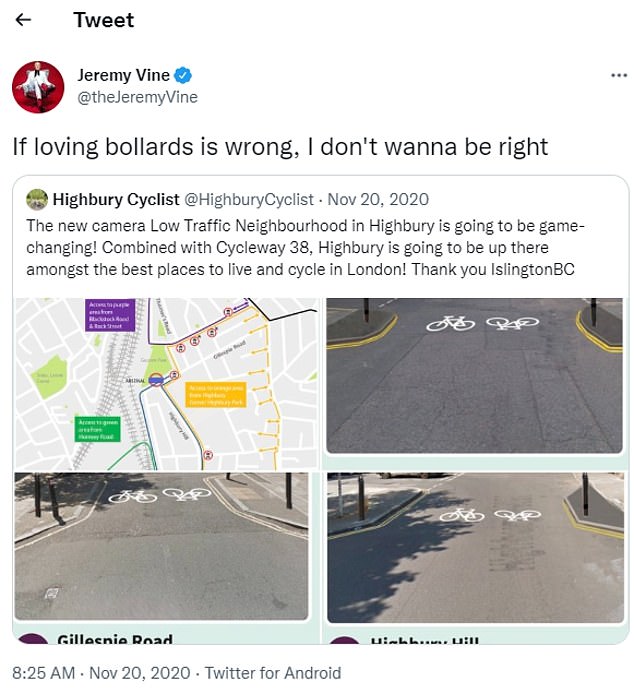 Low Traffic Neighbourhoods (LTNs) have been installed inn Chiswick, West London where the radio presenter, who is also an avid cyclist, lives. He has on numerous occasions spoken about his support for the traffic calming measure on Twitter

They also said Vine was entitled to use his social media to object to personal abuse from campaigners, and that his responses, which were not abusive, therefore complied with guidelines.

LTNs involve installing cycle lanes, closing off roads to through traffic and widening pavements, as well as bollards and signage to restrict traffic.

The BBC ruling did not cite specific social media posts by Vine. But he has tweeted his appreciation of new family cycle lanes.

LTNs have been criticised for making little impact on pollution and simply moving congestion and emissions to other areas.

Emergency services have also said they impact on their ability to respond to incidents quickly, although studies have also shown they have helped to reduce injuries to pedestrians and car passengers in areas where they have been introduced.