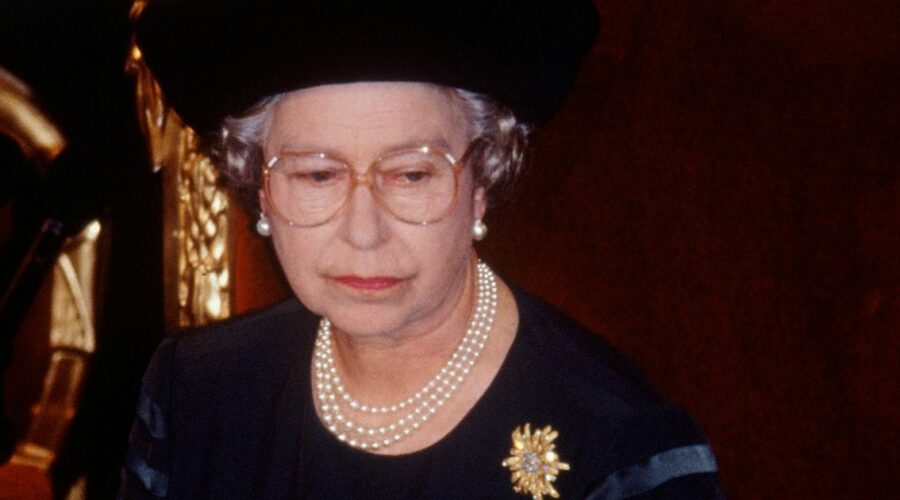 The year 1992 was meant to be a happy occasion for Queen Elizabeth II celebrating her 40th anniversary on the throne – her ruby jubilee.

The monarch would have had a catalogue of 40 years of accomplishments to look back on, but the Queen was sadly wrapped up in the tragedy of more recent events.

Delivering a speech at Guildhall on 24th November 1992, the Queen made the solemn announcement to her crowd that the year had been an “annus horribilis”.

“1992 is not a year on which I shall look back with undiluted pleasure,” she told the audience.

“In the words of one of my more sympathetic correspondents, it has turned out to be an ‘Annus Horribilis’. I suspect that I am not alone in thinking it so.”

Annus horribilis is a Latin term which translates to “horrible year”.

It was somewhat out of character for the Monarch to admit the complete shoddiness of the year, but as you’ll find out as you read on, she was more than justified in making it.

As well as the fire, the Royal family had been smothered in tabloid scandals and public separations – which some say changed the public’s perception of the the Firm forever.

The year began with divorce – which in 1992 was still taboo in the Royal Family.

But the family rattled by two broken marriages in extremely fast succession in 1992, leaving the family's tight-knit reputation in bits, news.com.au reports.

Fergie had always been a bit of a wildcard in the Royal Family and was sometimes seen in the company of other men, most notoriously with a Texan billionaire, John Bryan.

When the split was announced, the palace said she would no longer be carrying out any public engagements on behalf of the Queen and Her Majesty herself said she would take responsibility for her widely-reported debts.

And then shockingly on April 23, the Queen's daughter Princess Anne divorced her husband, Captain Mark Philips.

The couple had already been separated for three years, with constant rumours surrounding infidelity on both sides.

On top of the failing marriages, another scandal was about to rock the Royal Family's year.

The now infamous book by Andrew Morton, Diana: Her True Story, was published on June 8.

The book was written with co-operation from the Princess of Wales and went into damning detail about the dysfunctional and toxic state of her and her husband Prince Charles' marriage.

It also included the shocking revelation that Diana was so unhappy she had been driven to suicidal thoughts.

Later in the year, Diana was wrapped in another media press storm, when her phone conversations with a close friend were reported across the press.

In the intimate calls, Diana said: "I was very bad at lunch, and I nearly started blubbing. I just felt so sad and empty and thought ‘bloody hell, after all I’ve done for this f**king family …’ It’s just so desperate.

"Always being innuendo, the fact that I’m going to do something dramatic because I can’t stand the confines of this marriage… He (Charles) makes my life real torture, I’ve decided."

By November, the royal family were up to their necks in press scandals like they had never been before.

And if that wasn't enough – just four days before the Queen's speech at Guildhall and on her wedding anniversary – Windsor Castle set alight.

In a tragic end to the year, the world's largest inhabited castle suffered extreme damage in the fire, which began when a spotlight near a curtain caused it to set ablaze.

It took around nine hours for firefighters to get the flames under control as royal staff and reportedly even Prince Andrew attyempted to save as many artefacts as possible.

After the dust had settled on a terrible year for the Queen and her family, the castle needed years of restoration work totalling £36.5m.

Four days later the Queen stood at Guildhall and delivered a melancholy speech reflecting on the extremely challenging year she had made it through.

The Monarch said: "I sometimes wonder how future generations will judge the events of this tumultuous year. I dare say that history will take a slightly more moderate view than that of some contemporary commentators.

"Distance is well-known to lend enchantment, even to the less attractive views. After all, it has the inestimable advantage of hindsight,” she said.

“But it can also lend an extra dimension to judgement, giving it a leavening of moderation and compassion — even of wisdom — that is sometimes lacking in the reactions of those whose task it is in life to offer instant opinions on all things great and small."