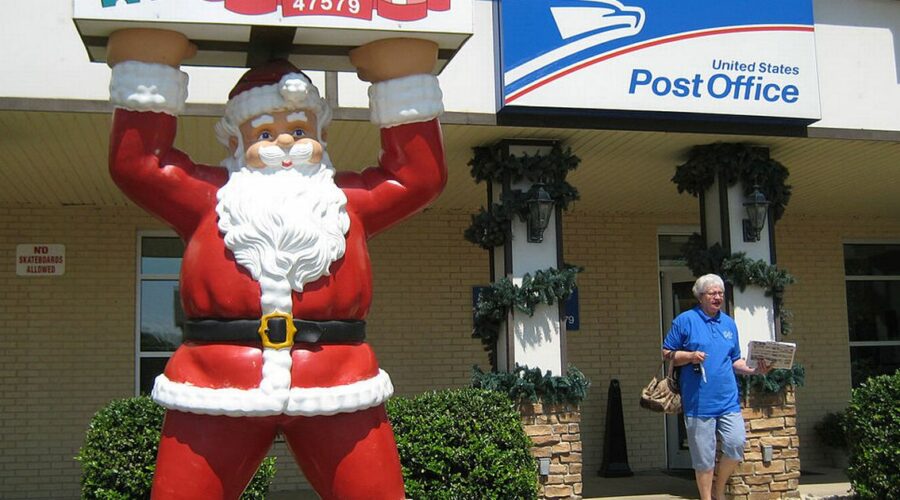 Come tomorrow, it will be Christmas Day for us. But in Santa Claus, Indiana, it is just like every other day of the year.

The town, which has the motto “America’s Christmas Hometown”, celebrates Christmas 365 days a year and claims to be the most Christmassy place in the US.

The town is deliberately named after the big man.

Nell Hedge, the previous director of the Santa Claus Museum, described how the whole town met up one Christmas Eve to figure out a new name.

The naming of the area really took off from there.

In the town you can visit: Santa's Candy Castle, Santa Claus Museum, Christmas Lake Golf Course and Santa's Stables whenever you want.

You can take a walk down Prancer Lane (or streets named after any of the other reindeers for that matter), past Christmas Lake to Holly Park.

In 1936 hoping to take advantage of the town’s strange name, an entrepreneur setup Santa's Candy Castle.

This led to a festive arms race and by the end of 1950 a range of other Christmas businesses had sprung up including theme park (now called Holiday World) where Santa Claus himself can be met every day of the year.

Unlike the rival town of Santa Claus, Arizona, which was abandoned and left to rot in the desert, its namesake in Indiana thrived.

According to the theme park’s owner, most days will see more guests than there are residents in the town.

Nowadays there are reams of restaurants, hotels and shops themed for Christmas.

In fact, in a town so oriented around the holidays it’s the non-Christmas themed businesses that stand out.

The town’s name has led to its Christmasy credentials becoming self fulfilling as thousands of letters flood into Santa Claus Post Office each year addressed to Father Christmas himself.

From 1914 the post office has marshalled a team to respond to each and every letter mailed to St Nick.

Visitors coming in December will find a winter wonderland, something like a Christmas fair writ large.

But come January, when most people are taking down their decorations, the residents of Santa Claus, Indiana, are not.

Willing or otherwise they are settling in for yet another year of celebrating Christmas.

To get more stories from the Daily Star delivered straight to your inbox sign up to one of our free newsletters here .