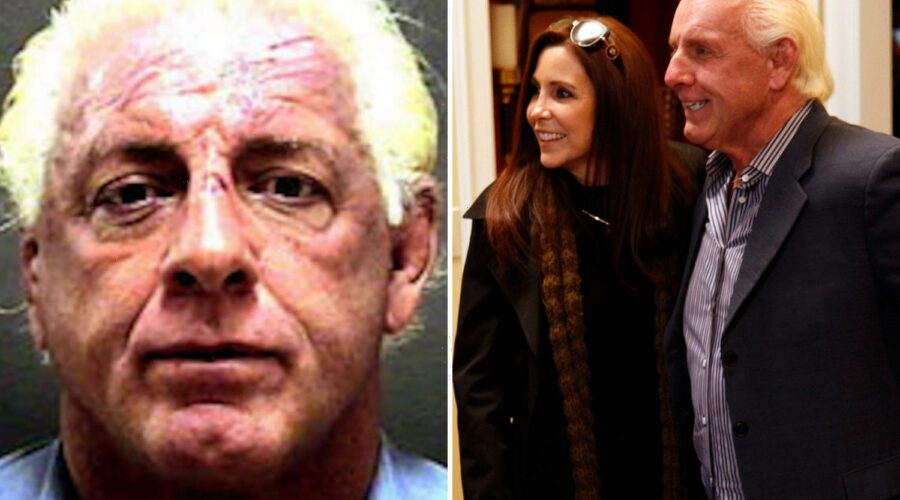 WRESTLING icon Ric Flair has been forced to deny giving oral sex to a woman on a train after a photo of someone else who resembled him went viral.

But while the 72-year-old – who has been married five times – may have not have been behind the crude image, the WWE Hall of Famer is no stranger to controversy. 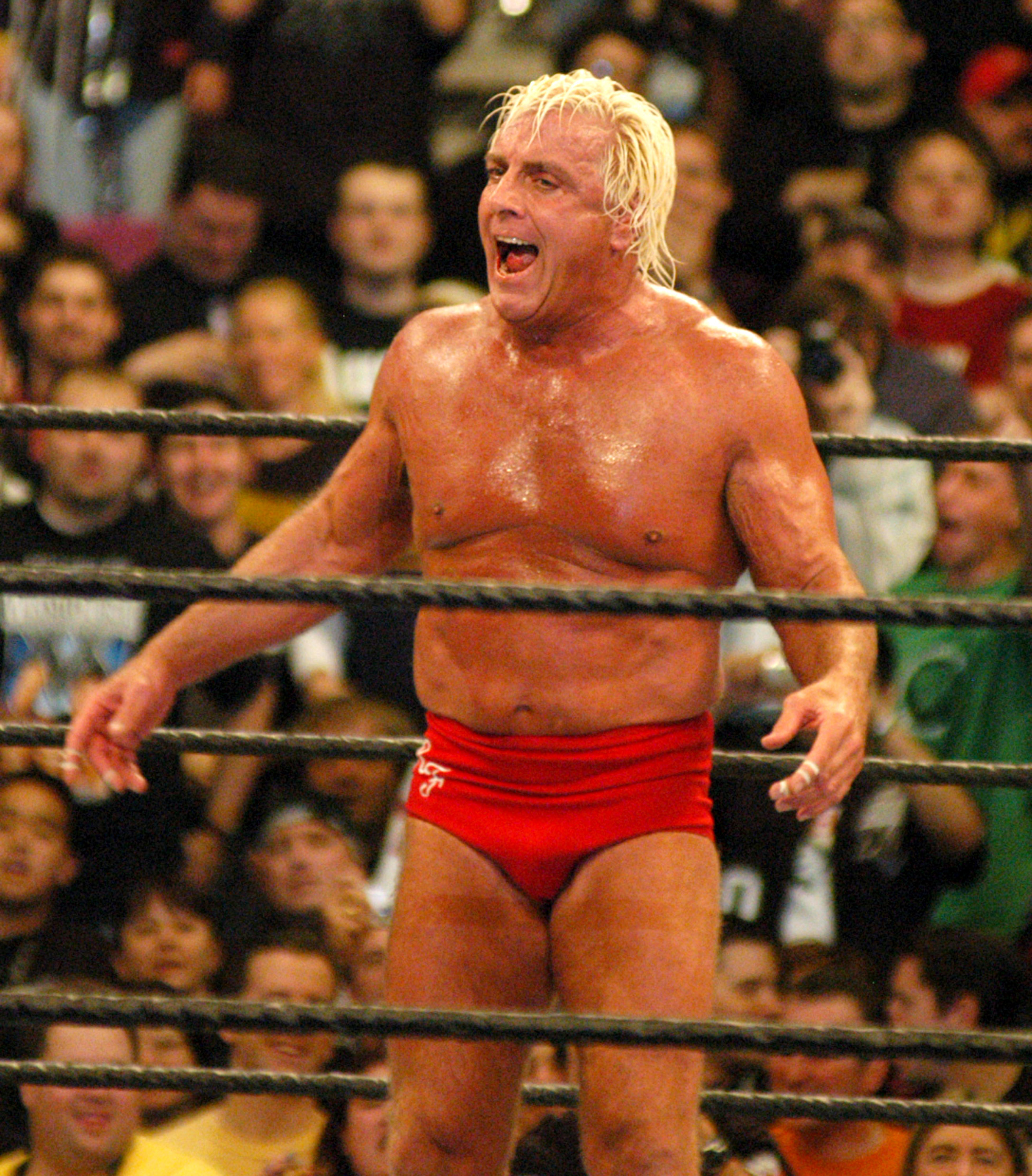 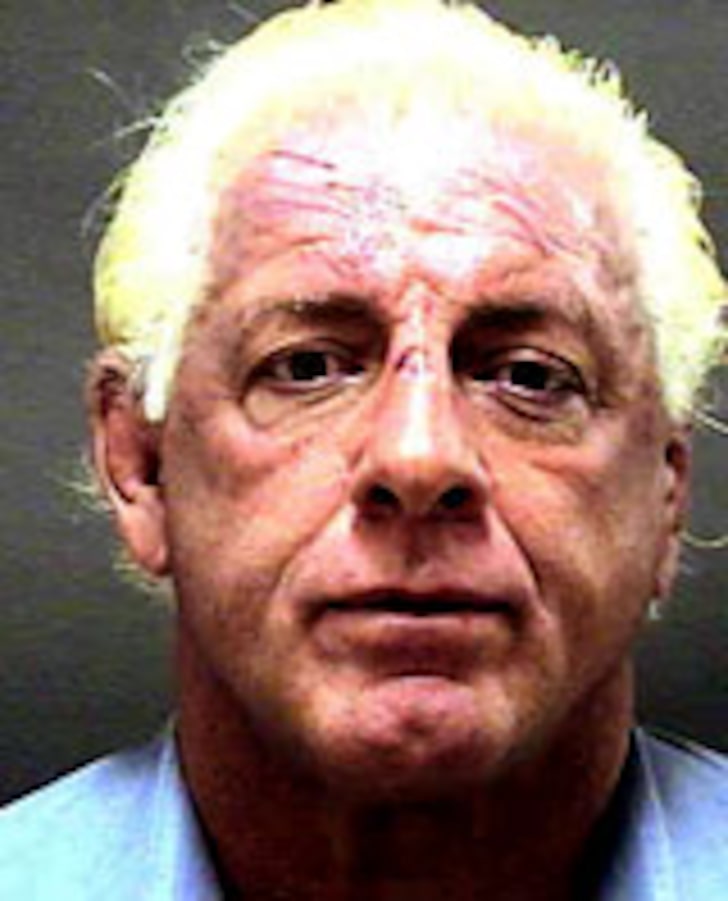 In fact, the retired professional wrestler has been caught up in a number of disputes during his time in the spotlight, including a part in WWE's so called “plane ride from hell.”

In 2002 Flair was on board a chartered flight from London to the US which resulted in several superstars being fired, a lawsuit, and accusations of sexual assault.

The mayhem began when superstars and staff became heavily intoxicated.

Following bust ups between other stars Flair lived up to his moniker of the dirtiest player in the game when he stripped naked except for his robe – and paraded up and down the aisle doing his trademark strut and “Whoo!”.

One female flight attendant described how he put “little Naitch” into action, saying he “flashed his nakedness, spinning his penis around”.

It was also alleged that he grabbed two attendants’ hands and forced them onto his crotch.

Two Sportjet flight attendants – Taralyn Cappellano and Heidi Doyle – filed a lawsuit against WWE in 2004 for the alleged “extreme and outrageous” behavior of Flair.

Flair denied his part and WWE settled with the women out of court.

In 2017 Flair was chucked out of a Fort Wayne, Indiana, bar after allegedly calling a worker there a "fat a**" and "acting like a moron,"The Indy Star reports.

A decade earlier the 16-time world champ was questioned by police for fighting with the boyfriend of his daughter Charlotte Flair, but the father refused to press charges, according to WRAL.

And in 2005, The Nature Boy was charged with injury to personal property and simple assault and battery after an alleged road rage.

A driver alleged he was grabbed by the neck by Flair who he claimed Flair also kicked and dented his Toyota, the Smoking Gun reported.

The wrestler beat the charge after the witness against him failed to show up in court, according to the Indy Star.

The publication also highlighted how Flair suffered financial woes after a court heard in 2011 he failed to repay a $35,000 loan to Highspots Inc., a wrestling merchandise company, and put up one of his old National Wrestling Alliance title belts as collateral.

The company later posted on social media that Flair's debt was cleared after someone stepped in to pay it.

Flair spoke out after a crude photo went viral on Twitter Wednesday — and people suspected the man in question to be him.

Flair, a WWE icon who is married to Wendy Barlow, told TMZ sports that the man in the photo pleasuring a woman is not him.

He also tweeted: "This Picture Is As Real As That Other One Floating Around. The Nature Boy Doesn’t Ride Trains! WOOOOO WOOOOO!"

Included in his tweet was a cartoon of himself on a train with the words "WOOOOO WOOOOO."

It was reported earlier this month that Flair had been released by WWE after asking Vince McMahon to rip up his contract. 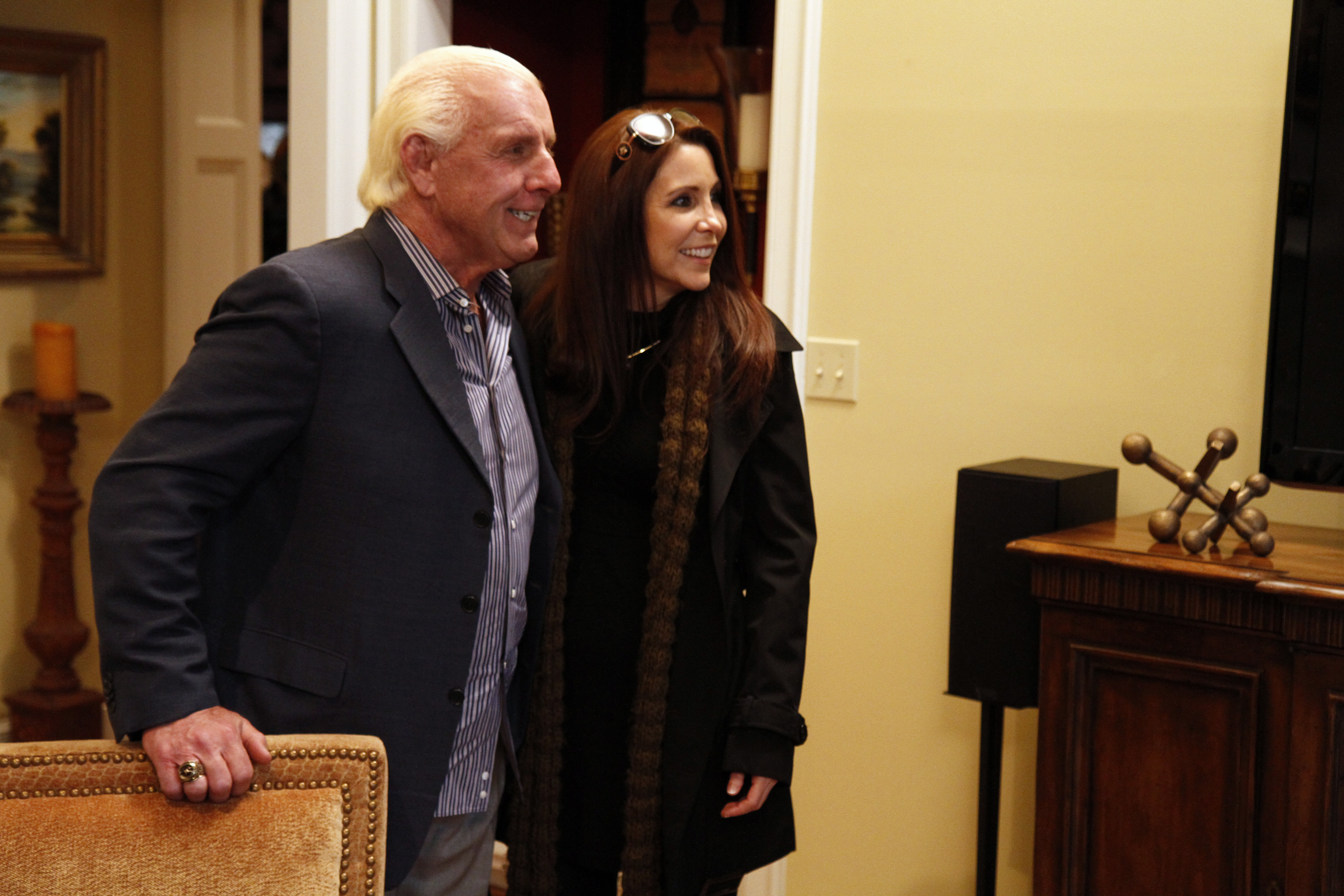