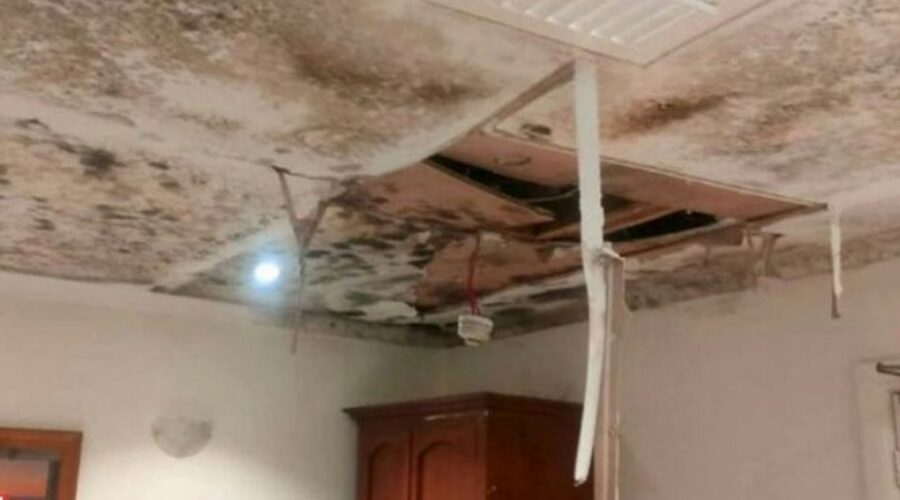 A hotel has been branded a “hotel from hell” following claims of mould-ridden rooms, broken doors and even holes in the ceiling.

Manly Lodge Boutique Hotel in Sydney, Australia, is on track to be investigated by health inspectors after paying guests called the accommodation a “health hazard”.

The investigation was launched after unhappy customers complained about the state of the hotel on the Australian TV show, A Current Affair.

One of the guests Eliza Delsar, spoke about the hotel’s mould-ridden rooms and shared her experience of her holiday from “hell”.

She said: “It was full of mould, rotting, pretty much hell.

“It was my first holiday as an adult and away from the kids for the weekend, so it was supposed to be relaxing and kind of just chilling out and getting to see a part of Australia I haven’t been to.”

She added: “We looked at some of the reviews and it looked kind of like a surfy type shack type vibe.

“It’s a four-minute walk from the beach, not even, you know, so for the money, it looked good.

Another guest, who was visiting the town for a 40th school reunion, said her room was so disgusting that she was forced to fork out nearly £400 and book elsewhere.

She said: “The lounge in here is so stained … like that was the first thing I saw … it’s not the website at all, is it.

“I didn’t stay at all … I was increasingly uncomfortable, and I realised how insecure the building was as well.

“It felt deserted. The only other guests I saw were leaving for the same reasons.

“It’s disgusting. It should not be open to the public. It’s a health hazard.”

The hotel’s manager, Tiger, revealed that employees were “trying their best” to clean up the place.

He said: “We’re trying our best to improve. I know some of the rooms, the condition [is] no good and we … apologise for those guests.

Since the report by A Current Affair, the hotel's website and booking systems have been shut down, reports 9News.

To stay up to date with all the latest news, make sure you sign up to one of our newslettershere