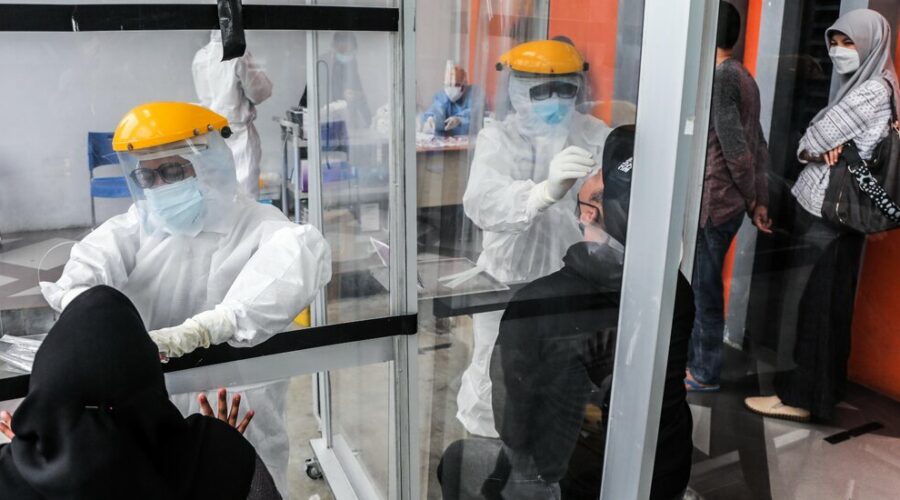 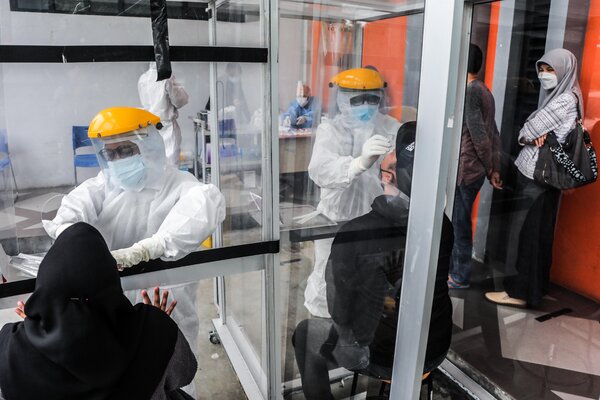 The idea was simple: Why throw away used rapid antigen test kits for the coronavirus when they could be used again and again?

All it took was washing the cotton swabs used to take nasal samples, repackaging them as if they were new and reusing them on other people.

The fraud unraveled this week when five laboratory workers were arrested in the Indonesian city of Medan and accused of reusing nasal swabs in administering as many as 20,000 tests. They face up to six years in prison for violating consumer protection, medical waste and contagious disease laws.

The authorities said they were investigating whether any people were infected with the coronavirus as a result of the contaminated tests given at an airport testing site operated by Kimia Farma, a giant state-owned company.

They were also investigating how many people received tainted test results as they prepared to board flights at Kualanamu International Airport, one of the nation’s busiest. A negative test result is required in Indonesia before a passenger can board a flight.

The police announced that they would conduct random checks of labs around the country to ensure that others were not conducting similar frauds.

Erick Thohir, the minister who oversees state-owned enterprises, said on Friday that such practices by “unscrupulous” company employees would not be tolerated.

“Such action must be subject to very strict punishment,” he tweeted.

The five workers were believed to have pocketed about $2,000 a day since mid-December by charging people for the tainted tests. The lab employees administered legitimate tests using sterile cotton swabs to about 100 people a day and reused swabs for tests on about 150 others, which would amount to thousands of tests over the period.

After the police received tips about the operation, an undercover officer went to the airport lab for a test and submitted to a nasal swab. He received a false positive result, said Hadi Wahyudi, a spokesman for the North Sumatra police.

Back at the police station, the undercover officer received another test that came back negative.

The police raided the laboratory on Tuesday, arrested the five employees and confiscated hundreds of recycled cotton swabs. They also seized more than $10,000 in cash and a laptop used to produce the documents given to people to certify their test results.

Indonesia, the world’s fourth most populous country, has reported nearly 1.7 million coronavirus cases and more than 45,000 deaths, the most in Southeast Asia, according to a New York Times database. Health experts have estimated that the totals are actually many times higher because of limited testing.

The country has recovered somewhat from a surge that peaked in late January but is still averaging more than 5,000 new cases a day. A nationwide vaccination campaign is underway and more than 19 million doses have been administered.

01/05/2021 World News Comments Off on In Indonesia, lab workers are arrested and accused of reusing nasal swabs in thousands of coronavirus tests.
Markets