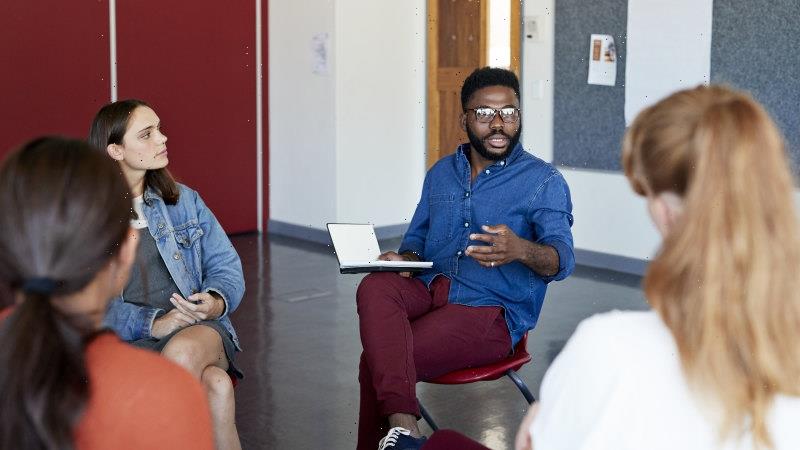 A Perth primary school’s state-first decision to resist religious discrimination in chaplain hiring has opened a can of worms.

A parent at Maylands Primary School noticed an item marked something like “chaplaincy contribution” on a school account and asked around. 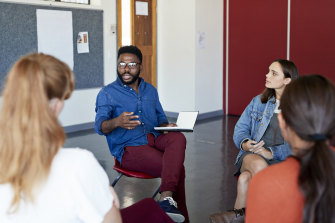 The Victorian state anti-discrimination commissioner has joined the WA commissioner in expressing concerns about the legality of the chaplaincy program.Credit:Klaus Vedfelt

It was only about $10, so they and the other parents were just paying it, but discussions sparked the realisation that none of them exactly knew how the chaplaincy recruitment process worked.

The school is between chaplains at present, so it was a good time to ask.

It’s also a thorny time because the whole sector and everyone with an interest (religions, politicians, parents, schools, governments) are in a tizz about it. And the answer is probably more than they bargained for.

In his first major decision in his role, federal Schools Minister Jason Clare on June 17 announced the new government would open the chaplaincy program “to give schools the option to choose either a chaplain or a professionally qualified student welfare officer”.

Traditionally, the federally funded program, first introduced by the Howard government in 2006, has only officially let schools hire religious chaplains.

Note though, they have always also been required to have qualifications for the work they do: social and youth work, addressing bullying, mental health and so on. They are not permitted to promote religion.

Meanwhile, individuals have tried to fight it in the High Court, claiming it breaches the constitution for the Commonwealth to fund religious outfits, though the cases have so far been stymied on technical grounds.

Because of the legal complexities regarding roles of state and federal governments, the Commonwealth gives the $61 million a year chaplain funding to states to distribute to schools that want a chaplain.

Yes, chaplains are only one component of a school’s overall approach to student welfare, which includes psychologists, nurses and support officers, but the money for those comes out of school budgets.

And yes, a parent can choose for their child not to see the chaplain, but this is not the point – it is taxpayers funding a service with hiring systems that shut out half the potential applicants.

WA is the least religious state, according to the latest census which showed almost 43 per cent of us have no religious affiliation, compared to Australia’s 38.4 per cent.

WA’s government, albeit quietly and minutely, relaxed its approach even before the Clare announcement.

The Rationalist Society of Australia, pushing for changes in discriminatory recruitment, wrote in early 2021 to WA Equal Opportunity Commissioner John Byrne who agreed with them that the selection criteria for taxpayer-funded chaplaincy roles was discriminatory under the law.

The society, mid-last year, asked the state government how it would rectify this.

It wrote that chaplains did a great job supporting students but the system excluded “a large number of suitably qualified and experienced people – who are perfectly capable of doing the work required in these chaplaincy roles – solely on the basis of their lack of religious belief”.

Since then, the government’s Chaplaincy Buyers Guide for schools was changed from saying chaplains “may be of any faith” to include “or no faith”.

The WA government between March and June also updated its website; chaplains “may be of any faith” was changed to “any or no faith”.

But can they in reality? 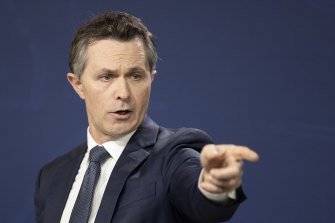 The rule has always been schools must use a service provider to get a chaplain; “any one, or one of the three with an agreement in place”: OnPsych Chaplaincy, Scripture Union WA or YouthCARE.

My inquiries indicate there are only these three.

Scripture Union and YouthCare are Christian, and require their chaplains be too.

However, managing director Martin Grigg was happy to confirm OnPsych is not in any way religious.

He says around 2012, when starting out, he obtained his workers an endorsement from a Uniting Church representative purely to satisfy the requirements of the Commonwealth at that time.

OnPsych only requires academic qualifications in chaplaincy, youth work or pastoral care and competencies in mental health and referrals.

“OnPsych employs about 15 or 17 chaplains in WA and I don’t know what faith they are. And I don’t care, I don’t want to know,” Grigg says.

But OnPsych is a tiny presence in WA compared to the two other providers serving the bulk of the 668 schools using chaplains.

Maylands Primary parents wrote to the peak body representing parents of public schoolchildren here, WACSSO. In September they will put a motion to its conference that no pastoral care position should have a religious requirement.

What would this mean for WA?

In an article for The Conversation, Monash University constitutional law expert Professor Luke Beck wrote that in saying schools should be let “choose”, the federal minister had not explained how a public school, legally secular in character, could ever justify “choosing” that Jewish, Muslim, Hindu or atheist youth workers should not be eligible for a pastoral care job.

Unless new providers come onto the scene, he said, public schools would have little choice but to keep engaging existing providers who would keep hiring only Christians.

Grigg tells me chaplaincy is hardly lucrative; the reason he does it is because he also employs psychologists who work under Medicare and NDIS schemes who co-ordinate well with chaplains when they have crossover clients.

“You have to ask yourself why would anyone want to be a chaplaincy provider?” he says.

“You don’t make a lot of money, so unless you are driven by ideology…”

Surely, though, Maylands Primary can just request their school goes through OnPsych? Not so simple.

One, funding composition varies from school to school. At Maylands their chaplaincy position is three days a week, but the federal program only funds two days a week. The third is funded in part by their local council and if they want to maintain that service level when they appoint a new chaplain, they will have to ask their council to change where the funding goes. 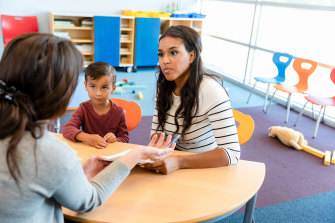 I would love to think it will be easy for parents to bring this up with schools but I suspect it might not always be. Credit:SDI Productions

This sounds simple, and with their council it may be, but with the number of unflattering news stories recently about irrational decisions councils in Perth are able to make with impunity, I suspect it may not be simple for all.

Two, I am told other school parents have approached school leaders about this and been stonewalled.

Beck suggests chaplaincy providers are jettisoned and schools permitted to hire their own chaplains without the middleman. But Grigg says this is inadvisable – and not just because he’s one of them.

Providers also look after issues of indemnity, training and professional supervision and support for a stressful job.

The federal minister says he will work with states to revise agreements by 2023.

The WA department confirms schools have “the option to survey the school community about their preferences”.

Why wait to be surveyed? If you’re an interested atheist, Buddhist or Christian interested in a non-discriminatory labour market, why not ask your public school principal how they plan to hire the next chaplain?

Or write to your MP and ask how they will provide equal opportunity jobs with chaplaincy funding, especially given the WA government has recently pledged an extra $22 million of our taxpayer dollars for more chaplains?

Maybe eventually there will be multiple firms sourcing the best possible people to help schools safeguard our children’s wellbeing.