Household Cavalry soldier, 24, is dismissed from the armed forces after climbing uninvited into bed with naked female colleague and ‘grinding’ against her bottom

A Household Cavalry soldier has been dismissed from the forces for climbing into bed with a naked female colleague and ‘grinding’ against her bottom.

Trooper Louis Anderson stroked his victim’s back before thrusting against as she lay ‘frozen’ with fear following a drunken night out.

As he was handed a two year suspended sentence for the sexual assault a judge told him his actions were likely to ‘undermine the bonds of trust’ between soldiers. 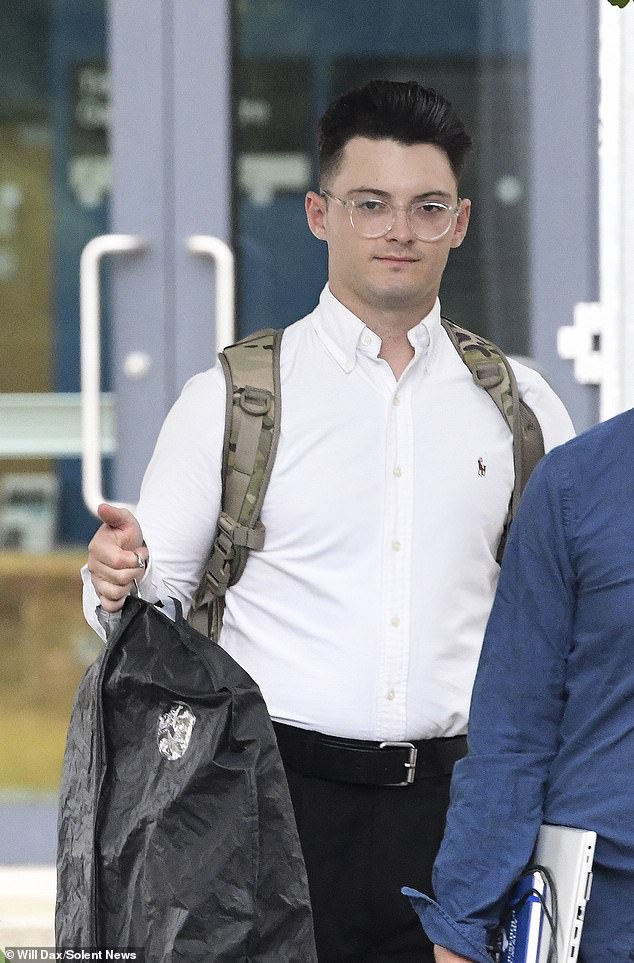 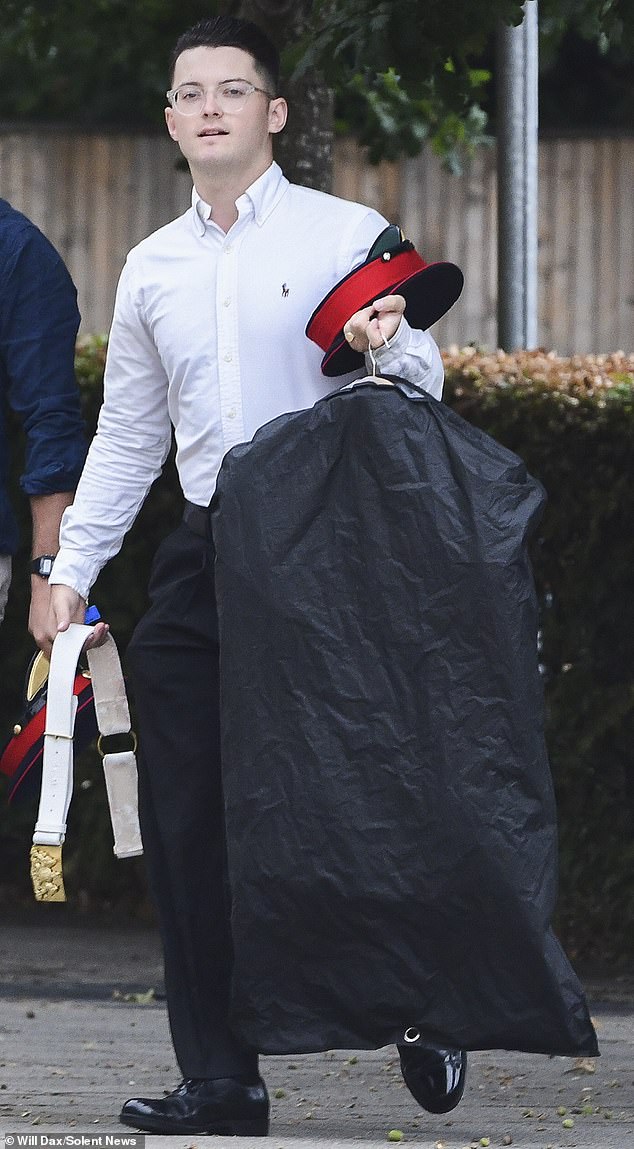 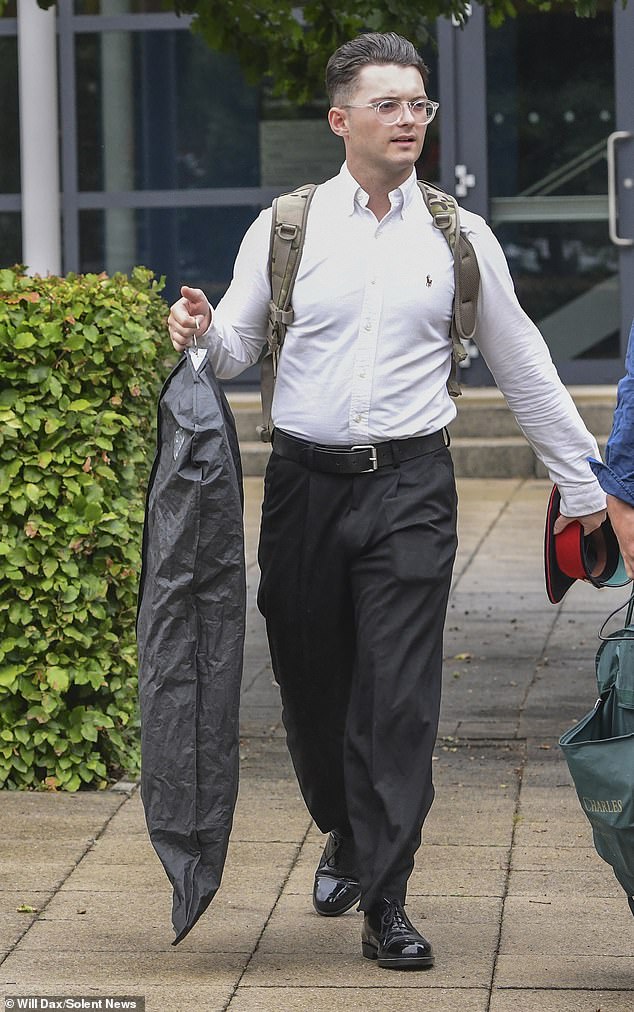 Anderson, pictured, who joined the Household Cavalry in October 2019, was thrown out of the army following his conviction. His defence solicitor said Anderson hoped he would now be able to get a job with Network Rail or maybe BAE Systems

The military court heard that both soldiers were part of the 360-year-old Household Cavalry Mounted Regiment, which is known for its iconic tunics and plumed helmets.

Trp Anderson enlisted in October 2019 and the regiment only began accepting women the same year.

The court heard that the female soldier, who cannot be named for legal reasons, had gone back to her barracks in a taxi with friends after a night out.

She later woke to find Trp Anderson – who did not have permission to be in her barracks – sitting on the edge of her bed stroking her naked back, the court heard.

When the female soldier got up and went to her toilet to be sick, Anderson followed her, and even stuck his fingers to the back of her throat, the court was told.

The court heard that after she had finished being sick, the female soldier returned to her bed alone.

A few minutes later Trp Anderson returned to her bed, started stroking her face and grinding against her bottom, the court heard.

When one of her female friends came into the room shortly after, the woman ‘raised her hand for help,’ the court was told.

The friend then ‘pulled her away’ by the hand and she spent the rest of the night in a spare room, the court heard. 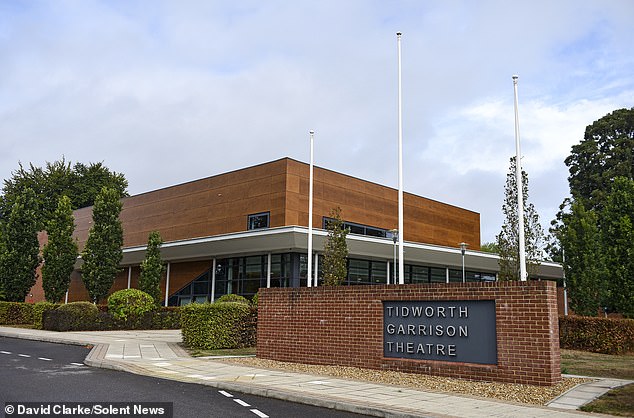 Trp Anderson did not leave the female soldier’s bed until the following morning, the court heard.

The next day the female soldier told her boyfriend what had happened and then decided to report the incident to her commander, the court was told.

Trp Anderson was later quizzed by military police and charged.

The soldier – who denied the charges – was cleared of one other count of sexual assault. He had been accused of touching the woman’s leg in a bar after telling her she had a ‘great arse’.

Lloyd added that the offending was ‘out of character’ for him.

Sentencing Trp Anderson, Judge Advocate General Darren Reed told him that he had ‘avoided an immediate prison sentence by the very narrowest of margins’.

He added: ‘[The female soldier] did not invite you back to her room at any point.

‘You returned after being specifically told to leave.

‘Service personnel have little choice around where, and with whom they serve.

‘Sexual offending undermines the bonds of trust between those who serve together.

‘[The female soldier] is being treated for PTSD and depression, she has had to move out of her block and has been issued with a service dog.

‘You entered the room of a colleague who was vulnerable due to her intoxication.

‘It should have been perfectly obvious to you that she was not interested in you sexually.’

Anderson will complete 40 days of rehabilitation, and 150 hours of unpaid work to be completed within the next 24 months.