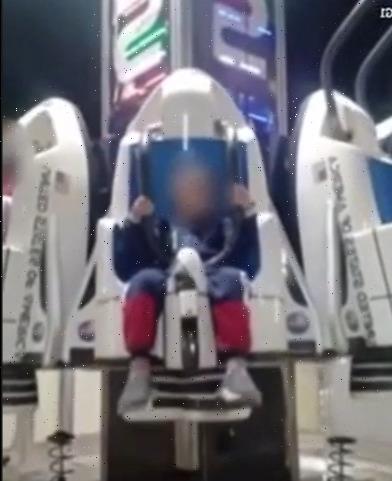 THIS is the horror moment a funfair ride plunged to the ground leaving at least two children with spine injuries.

Dramatic footage shows the ride slowly ascending a column before plummeting to the platform at a theme park in Itanhaém, in Sao Paolo. 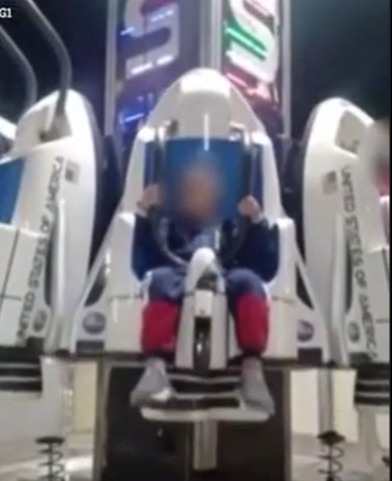 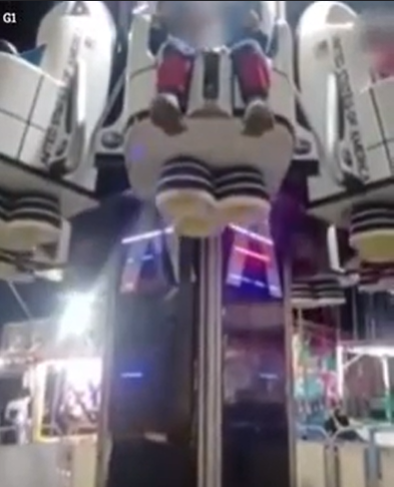 The distressing clip shows a child strapped on the seat of the spaceship-themed ride as it smashes on the ground.

A 25-year-old mum and her 12-year-old son suffered spinal injuries while another four-year-old child was also injured in the crash, G1 reports.

The young child remains in hospital and will undergo a medical evaluation to determine whether he needs surgery.

Officials in Brazil said emergency services rushed to the scene of the accident on Avenida Jaime de Castro. 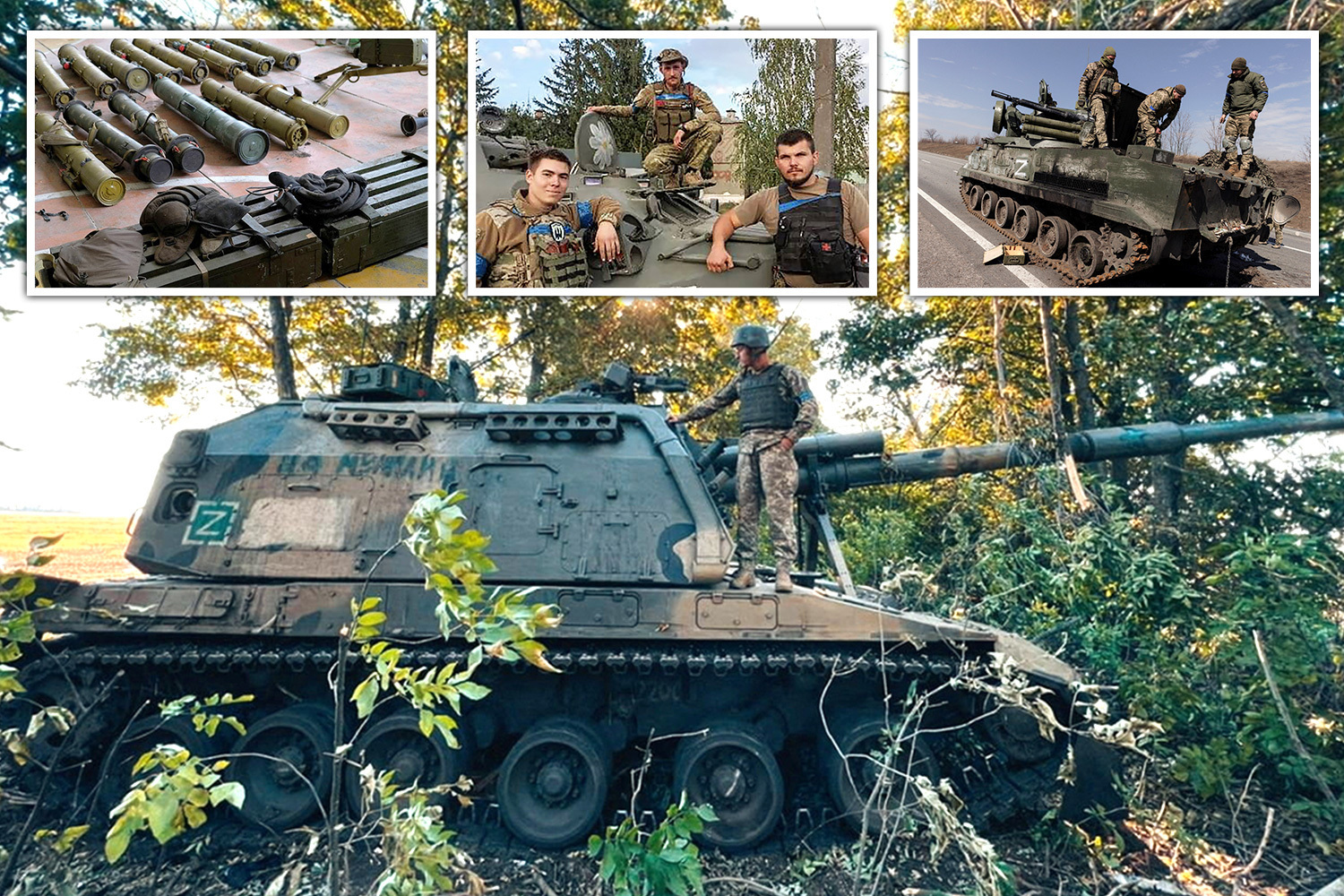 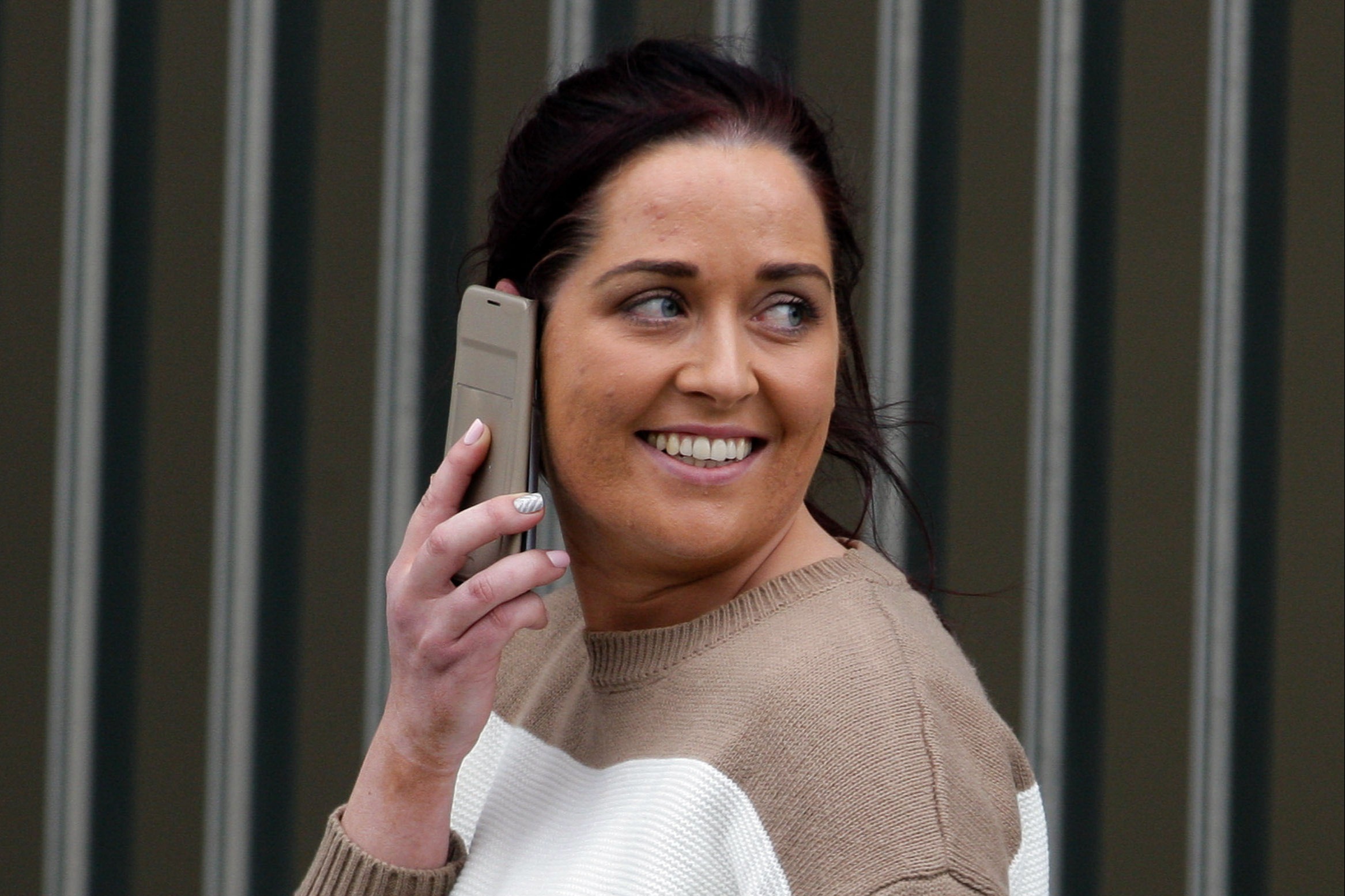 The theme park was closed down as the three injured were transfered to the Irma Dulce Hospital.

The outlet reports the mum and son were later released from the hospital to continue treatment at home.

The four-year-old child has suffered injuries in the spine and abdominal pain.

The theme park was shut down until techincal assessements are carried out to ensure the rides' safety.

Eight major supermarkets to close for Queen's funeral next Monday

It comes as last week a spinning fairground ride malfunctioned and crashed to the ground leaving 50 people injured in Mohali, India.

At least 20 people were injured when a chair swing carousel collapsed at a funfair in Palma Campania, Italy.