On Wednesday, Kate Bedingfield resigned as the White House director of communications, ending a seven-year association with Mr Biden. She joined him when he was Vice President and held a similar role during his White House campaign in 2020.

She also represented the campaign on television at key moments, including before and after debates.

White House Chief of Staff Ron Klain said: “Without Kate Bedingfield’s talent and tenacity, Donald Trump might still be in the White House, the Rescue Plan and the Infrastructure Law might still be unrealized goals, and Ketanji Brown Jackson might not be sitting on the Supreme Court.

“She has played a huge role in everything the President has achieved – from his second term as Vice President, through the campaign, and since coming to the White House. 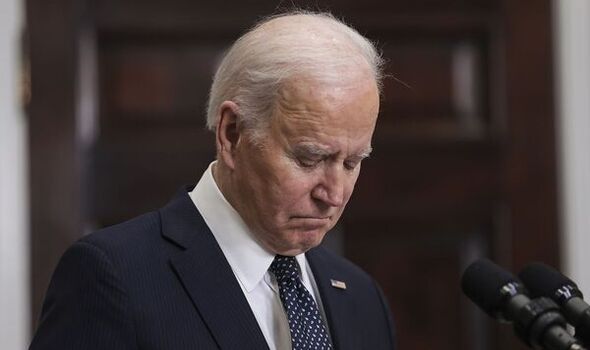 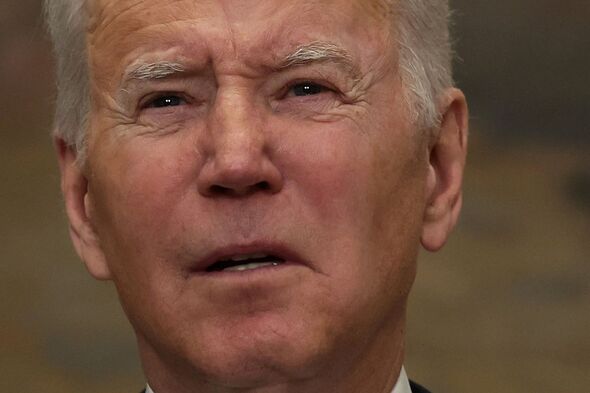 “Her strategic acumen, intense devotion to the President’s agenda, and fierce work on his behalf are unmatched.

“She will continue to remain a critical player in moving the Biden agenda forward from the outside.”

This is the second high-profile departure from the President’s media team in as many months.

In May, Jen Psaki left as press secretary from the White House.

Ms Bedingfield, 40, was credited with playing a big part in getting Mr Biden elected, and colleagues this week said her work was vital in securing a number of the administration’s successes, including the confirmation of Ketanji Brown Jackson as the first black woman justice on the Supreme Court.

Critics from the Democratic Party worry, however, that these successes have been too few and far between.

At the weekend a Harvard CAPS-Harris poll showed that President Biden’s approval rating had fallen to 38 percent, and that seven in every ten Americans do not want him to stand again in 2024.

“Rudderless, aimless and hopeless” is how one Democrat in Congress described the White House to CNN.

Even a number of Mr Biden’s staff, CNN was told, believe that the administration is suffering because of poor management.

Ron Klain, the chief of staff, was attacked after describing Mr Biden’s first year in office as not “all bad” despite an economic crisis and other setbacks.

President Biden will be 81 at the next presidential election, and others in the party are already testing the water, including Gavin Newsom and JB Pritzker, the governors of California and Illinois.

One Democratic official said Mr Biden’s presidency was in a “death spiral”.

He has two years to change it before the party decides who will stand in 2024.

08/07/2022 World News Comments Off on ‘Hopeless!’ Loyal aide quits in blow for Biden as POTUS attacked by allies
Markets