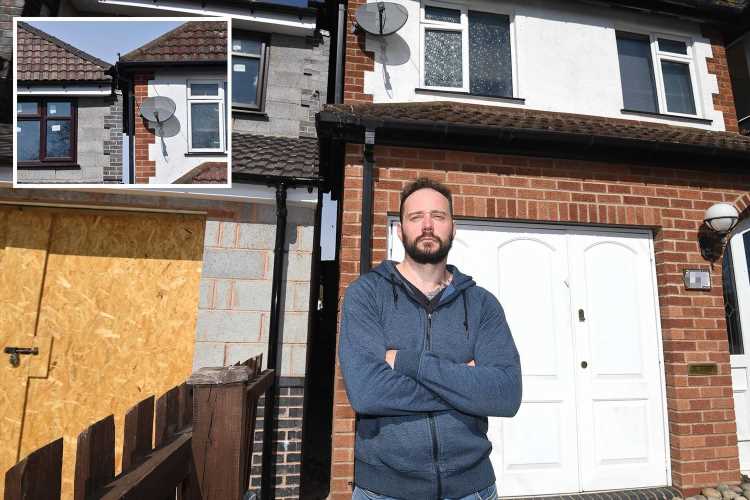 A HUGE home extension has left neighbours furious after it was built just inches away from the next door house.

Stuart Smith, from Kings Norton, Birmingham, is losing sleep with worry over the "bizarre" and "overlapping"construction, with less than eight inches separating the properties. 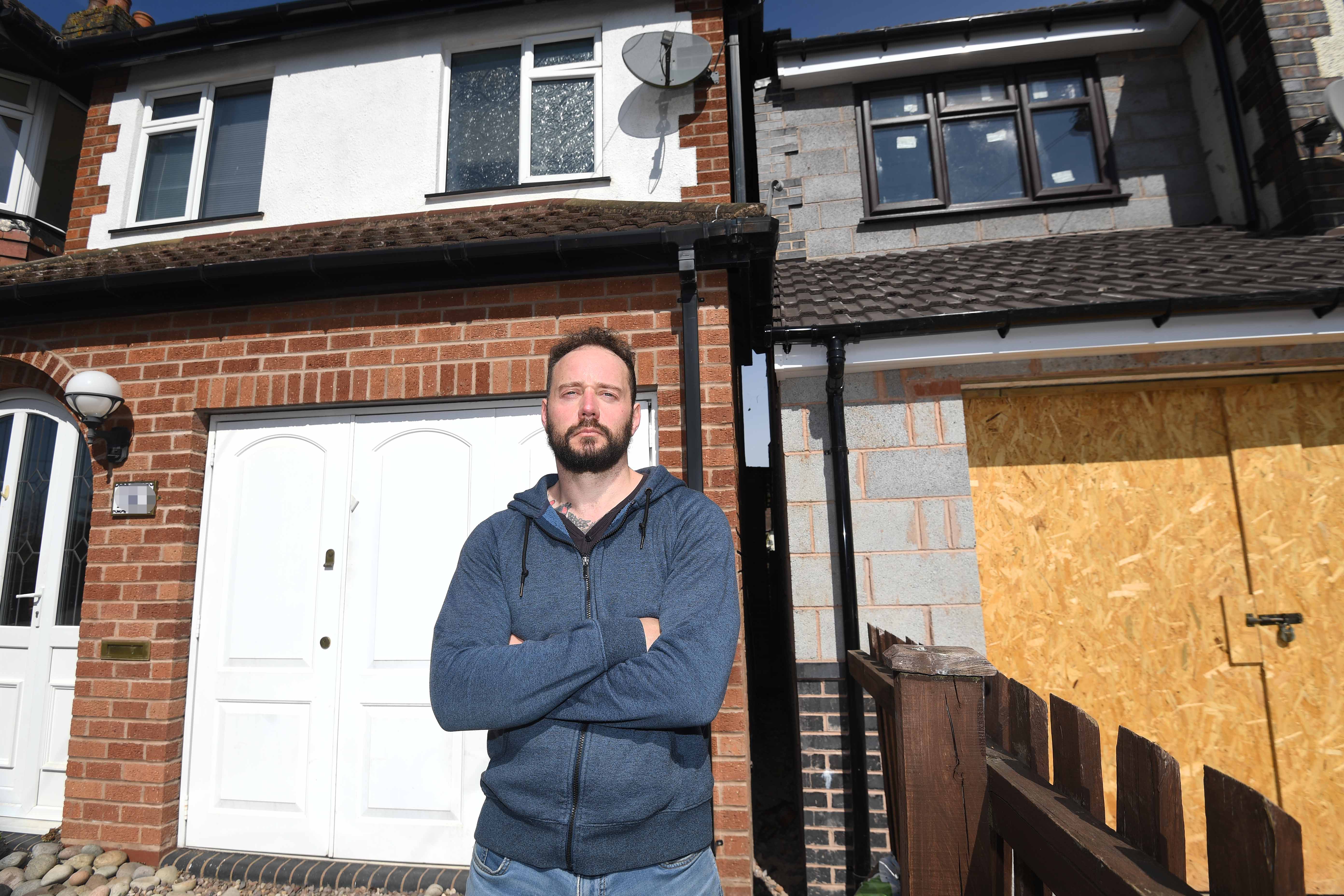 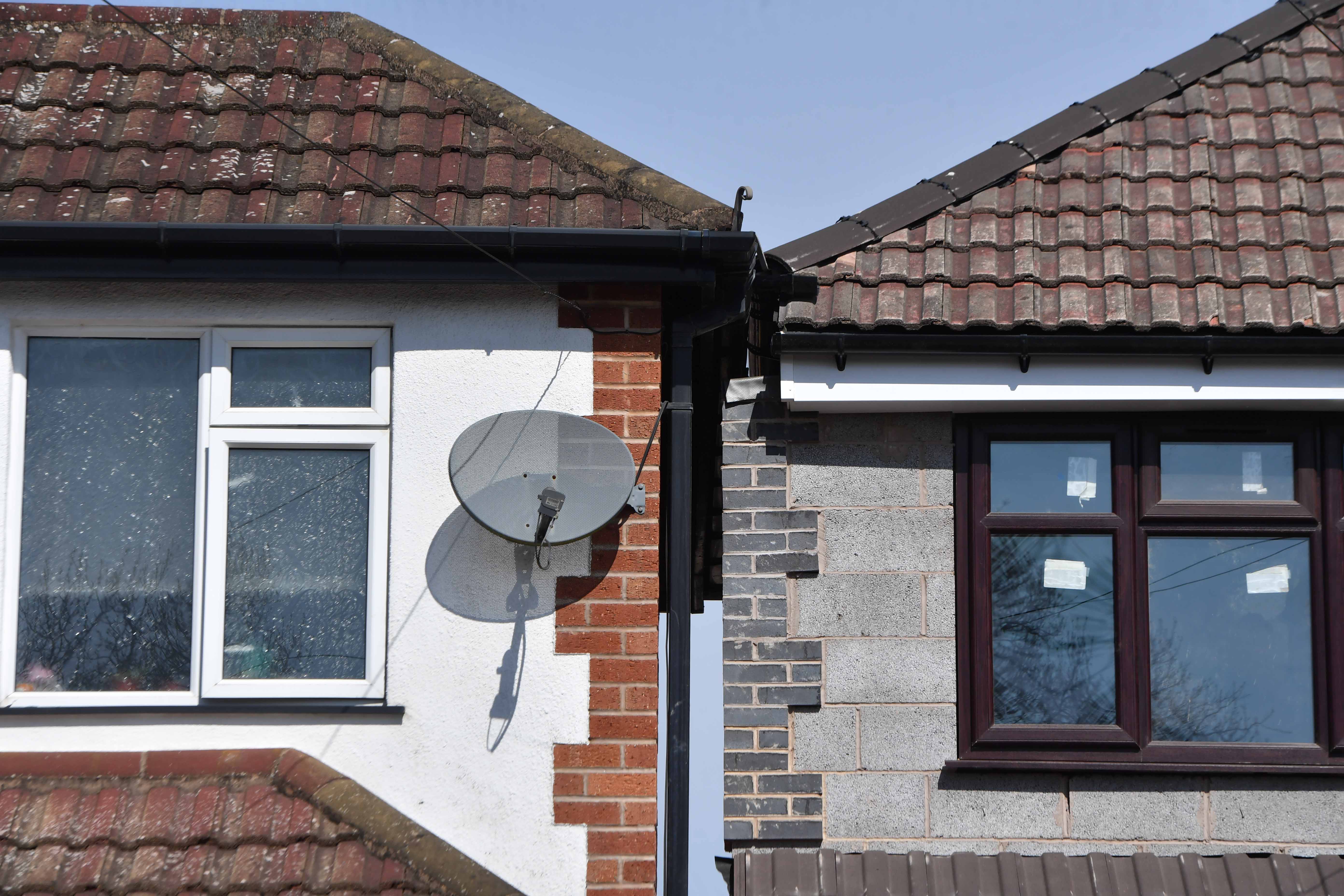 The 42-year-old alleges that plans were not followed as builders were unable to properly fit a roof on his neighbour's home, so a wall was built just beneath his roof and stepped in.

He claimed the "catalogue of errors" across the boundary line meant guttering attached to the properties touched, leaving him worried about drainage and damp issues arising.

Planning officers for Birmingham City Council are now probing the extension, which saw works carried out over a garage to increase the property size from three to five bedrooms.

He told BirminghamLive: "It's come over the boundary on the same land – effectively you have two buildings occupying the same space. It's like a catalogue of errors right the way across." 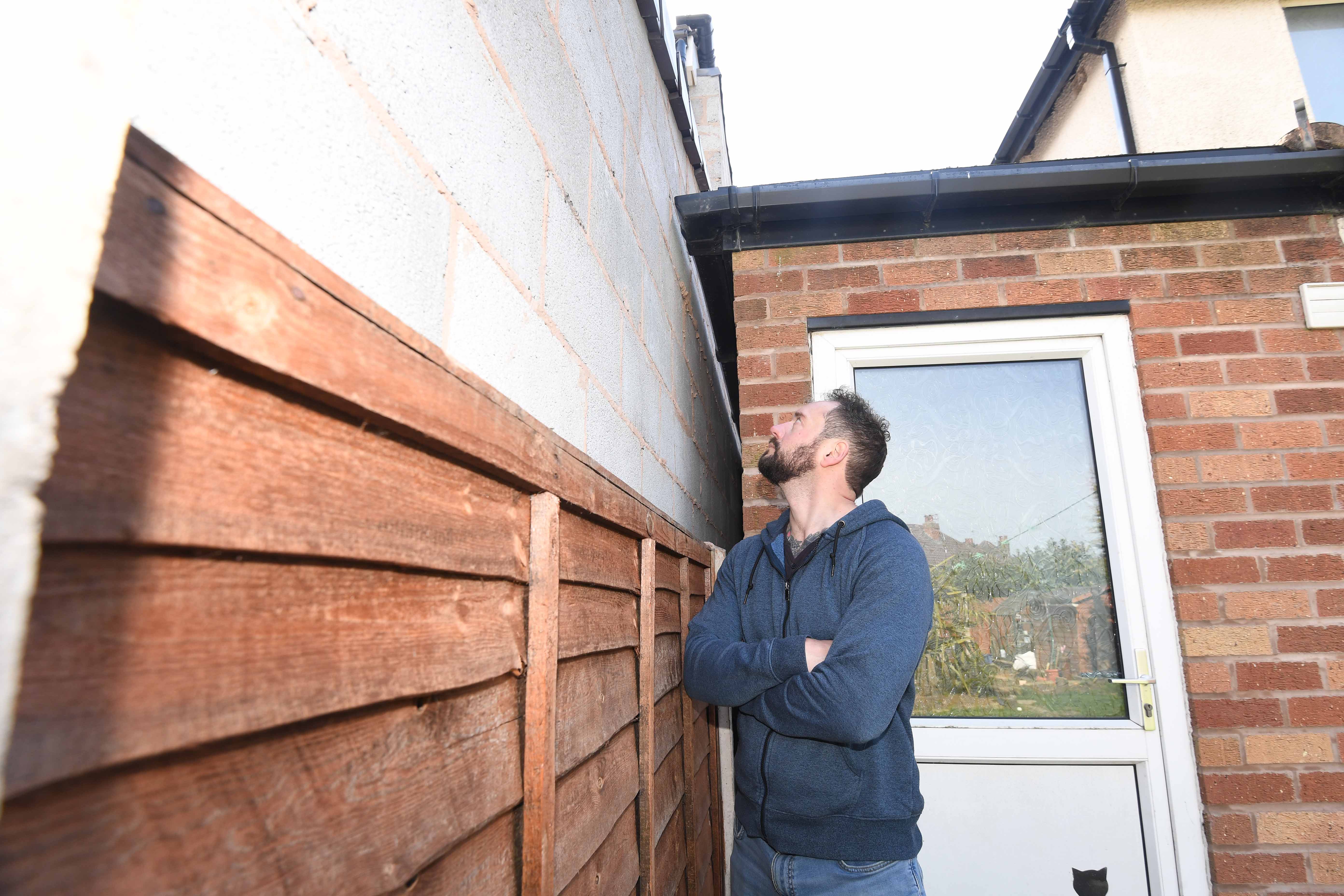 "It's been built so far over the boundary line onto our side there's no gap to be able to maintain our own property.

"We can never remove the gutters now, we can't unfix the felt roof, or the fascias or render the side of the house. It's like that permanently now and any problems we'll have to live with.

"They [the builders] didn't actually realise their mistake until they started building underneath my eaves. It was only when they got so far up they realised my roof was in the way of them putting their own roof on.

"I did speak to the neighbour at that point and they said they would 'sort it out', but [the builders] didn't fix it, they just worked around it, bodged it, recessed it in, built a little flat roof and built the roof to the side – bizarre." 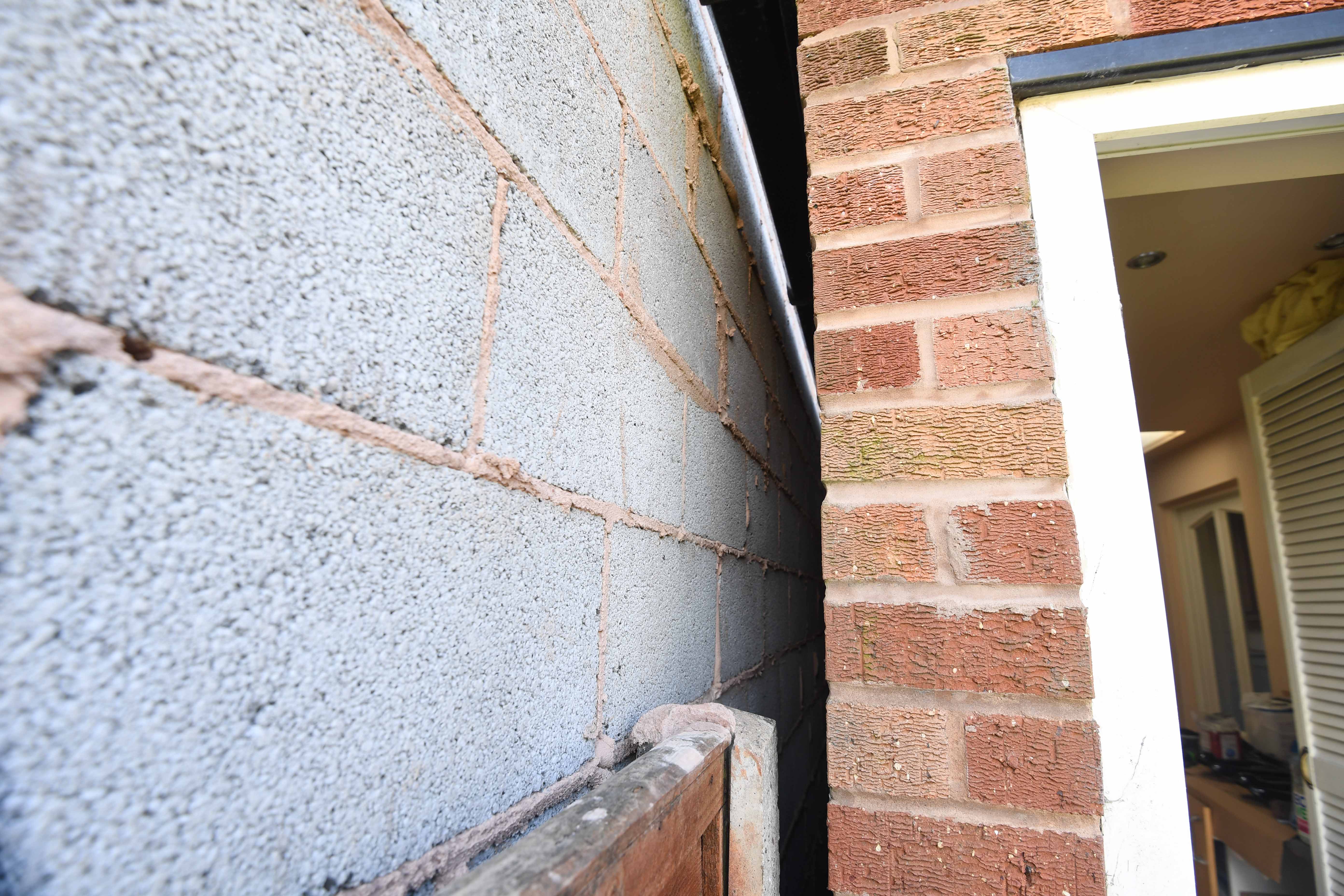 Stuart, who works as in IT for Birmingham and Solihull Mental Health Foundation Trust, said he was aware that his neighbours had put in for planning permission in 2018 – for two storey extension at the front and one storey at the back.

He said that works started at the end in January 2021, when Stuart and his wife, Sallyanne, were woken up by loud banging as builders began the foundations.

The key workers said it was not until March that they could see the top of the building.

Stuart said: "It looked very close, but you couldn't see it properly as it was obscured a bit [by the scaffolding]."

"I feel absolutely awful over this. I try to push it to the back of my mind trying to forget about it – but then I don't make any progress. 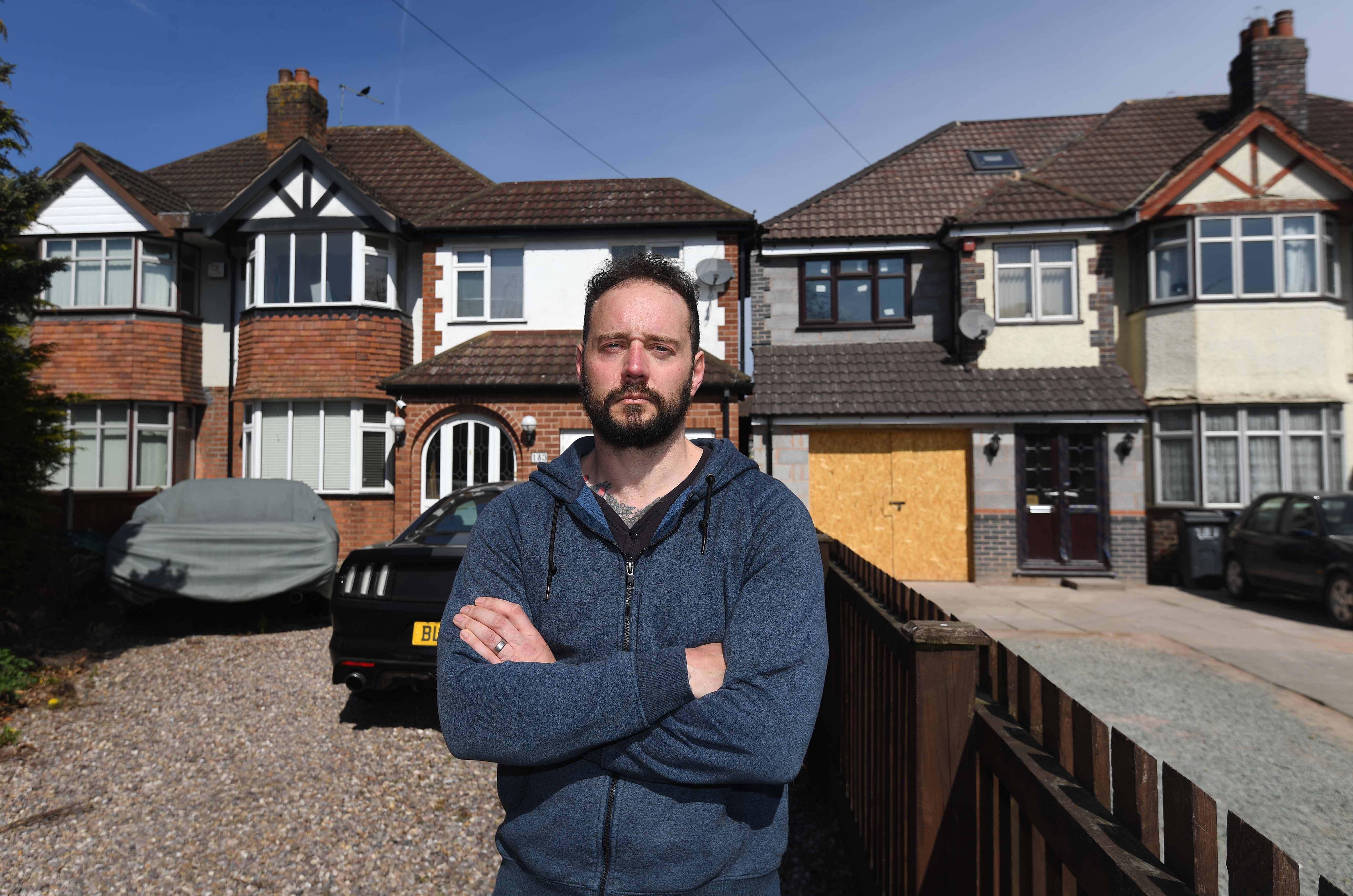 "So then I have to concentrate on it and it just winds me up. I have difficulty sleeping. It's just very stressful. It's a lot of worry. We bought the house as the house we wanted to live in forever.

"It's just tainted this a bit now. We need to get this sorted out and rebuilt further back. I don't see how anyone could be happy with that.

"At some points it's actually touching. Where I have a roof above a garage at the front it touches his roof above the garage and right at the very top the gutterings are touching.

"They do actually overlap. They've built part of the wall lower than it should have been. They got around it by steeping it in and building higher, but then the roof is not directly over the wall.

"It just winds me up"

Explaining what he would like to see happen next, Mr Smith added: "There's still work to do on it, so I would expect they would want to do something before anymore work carries on.

"It's just going to save people money in the long run. The side wall needs rebuilding and moving and the roof needs taking off and putting on properly.

"He's going to have all sorts of problems with damp in the future and leaks.

"I'm speaking to a solicitor, but it's very slow going as we're going through the building insurers."

Mr Smith, who moved into the home in February 2017, said he feared the plans had been signed off by a private building inspector, so was concerned the city council would not intervene. 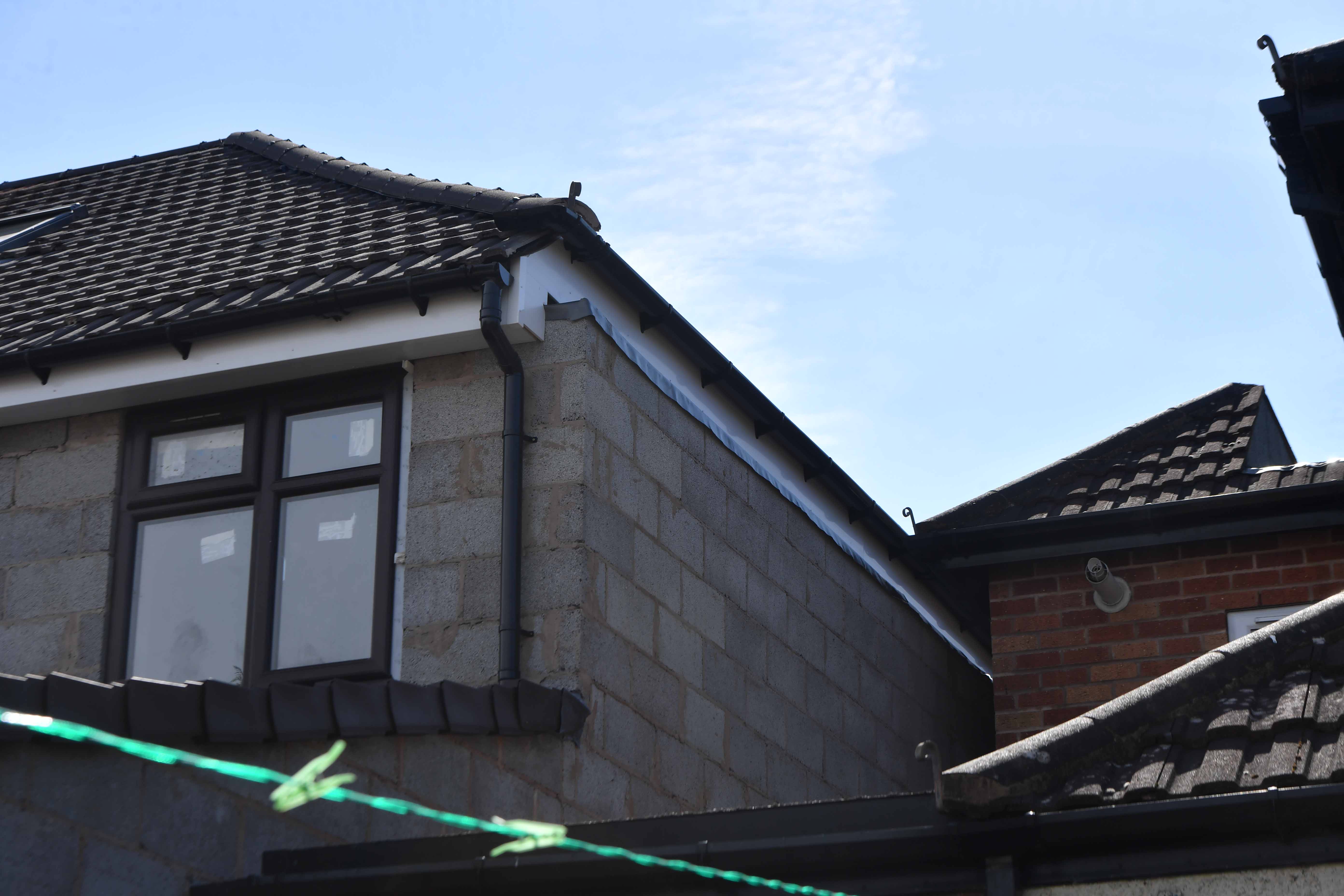 "It's a problem as I initially complained to Birmingham City Council, but some of these things don't fall under the planning they fall under building control," he said.

Mr Smith's neighbour, who had the works carried out, said he had co-operated fully with council officers and "it is for them to decide" the outcome.

He explained: "I've already spoken to the city council. Leave it to the council to sort out."

A Birmingham City Council spokesperson added: "We have received a complaint that works are in breach of planning legislation.

"The matter is currently under investigation and officers are in discussions with both the owner and complainant."