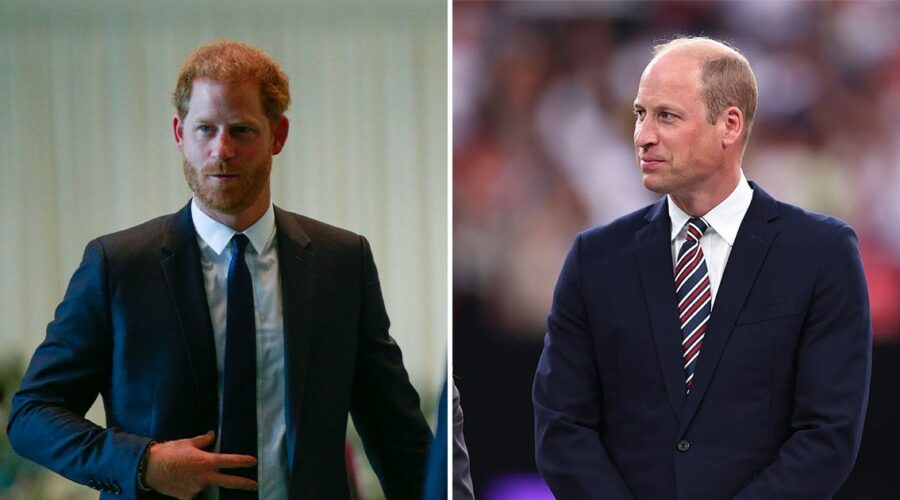 A fuming Prince Harry is said to have "slammed the phone down" on brother Prince William after being confronted by witness statements portraying Meghan Markle as a bully, according to an investigative documentary.

According to the forthcoming documentary, the Duke of Sussex had no time for his brother, who presented statements that alleged Meghan had been a vicious bully to female staff.

Prince William, "who already didn't like his sister-in-law very much", subsequently hopped in the car to "go and confront Prince Harry " because he was so angry at his brother protecting Meghan.

Among other allegations of bullying, reports indicate that staff had resigned from the Royal Household as soon as they could, allegedly due to Meghan's aggression.

The documentary refers to evidence given regarding a former staff member referred to as "Y", who alleged that the Duchess was seeking to "undermine her confidence."

An email from Jason Knauf, the former communications secretary to Harry and Meghan, to Simon Case, the Duke of Cambridge's then private secretary, saw claims of bullying toward two separate staff members.

Knauf's email reads: "‘I am very concerned that the Duchess had been bullying and harassing two personal assistants, to the extent that she provoked their resignation during the course of the last year."

Investigative documentary Red Line also revealed that there was a "spate of resignations among Meghan Markle's team" during 2018.

The documentary also alleged that "Former members have even set up an informal group that they called between them, the Sussex Survivors’ Club. Some of them still remain traumatised."

Pierrick Geais, a royal author, spoke to the programme and said: "William, who already didn’t like his sister-in-law very much, became furious. He called Harry directly, and Harry slammed the phone down.

"Harry didn’t want to know anything, and so William jumped in a car towards Kensington Palace, where he was going to confront Prince Harry."

The Daily Star have contacted representatives of the Sussexes and Kensington Palace.