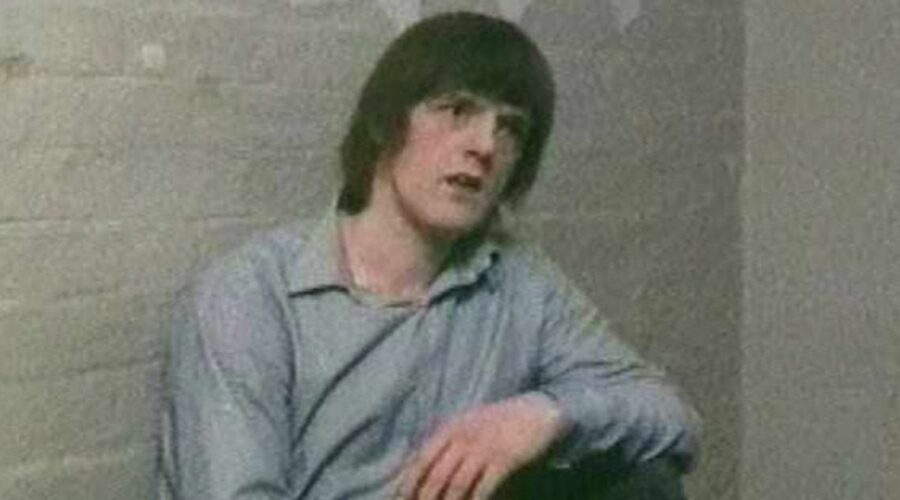 One of Britain's most twisted prisoners begged prison guards to allow him to keep a pet budgie in solitary confinement with him and promised he would not eat it.

Robert Maudsley, 68, was dubbed the 'Cannibal Killer' after murdering child molesters in a string of brutal attacks and is currently imprisoned in a 5.5 metre by 4.5 metre glass box beneath Wakefield Prison in Yorkshire.

Maudsley, who has been in prison since 1974, is thought to be so dangerous that he must remain confined in isolation for 23 hours a day.

In letters sent by Maudsley in March 2000, the four-times convicted killer begged the courts to give him some creature comforts or allow him to kill himself.

In one disturbing passage, the man dubbed 'Hannibal the Cannibal' promised he would not eat a budgie if he was given one.

He wrote: "As a consequence of my current treatment and confinement, I feel that all I have to look forward to is indeed psychological breakdown, mental illness and probable suicide.

"Why can’t I have a budgie instead of flies, cockroaches and spiders which I currently have. I promise to love it and not eat it?

"If the Prison Service says no then I ask for a simple cyanide capsule which I shall willingly take and the problem of Robert John Maudsley can easily and swiftly be resolved."

The depravity of Maudsley's crimes and the targets he chose had a recurring theme before he was locked up in solitary for good.

The LiverpoolEcho reports that his first savage murder took place in 1974 when he was just 21 and used sex work to earn money.

Maudsley garroted his client John Farrell to death after the man showed him photos of children he'd abused.

The man who would go on to be nicknamed as 'Hannibal Lecter' had a difficult upbringing up to this point and spent his early years in a Catholic orphanage at Nazareth House before his abusive parents reclaimed him at 8 years old.

Back with his parents, he suffered years of violent abuse at the hands of his father, egged on by his mother and took extra beatings to protect his siblings.

Startlingly similar to his current fate, Maudsley once spent six months locked in a room, his only contact being with his father who'd come to beat him several times a day.

Following the murder of John Farrell, Maudsley was declared unfit to stand trial and sent away with the recommendation that he never be released.

As a result, Maudsley found himself locked up in Broadmoor Hospital, home to some of Britain's most dangerous criminals where his next act of ultra-violence would take place.

The pair barricaded themselves inside a room with him and tied him up before torturing him to death and dangling his body for prison guards to see in a sick display.

With fresh charges of manslaughter, Maudsley was moved to the maximum-security Wakefield Prison where he would find his final two victims.

On July 29, 1978, Maudsley first strangled and stabbed Salney Darwood, a 46-year-old who was locked up for killing his wife.

After hiding Darwood's body under a bed, he then snuck into the cell of Bill Roberts, 56, who had sexually abused a seven-year-old girl.

In a murderous bout of bloodlust, he stabbed Roberts, hacked his skull with a makeshift dagger and smashed his head against a wall.

Reports at the time of his murders claimed he'd left a spoon in the skull of his second victim, who was missing part of his brain, although an autopsy report later showed that the story was incorrect.

Chillingly, during his final trial in 1979, Maudsley claimed he was thinking of his parents during his vigilante violence, wishing he had killed them in 1970.

Robert Maudsley's older brother Paul once said: "I've always thought 'There but for the grace of God… I could easily have turned out like Bob."