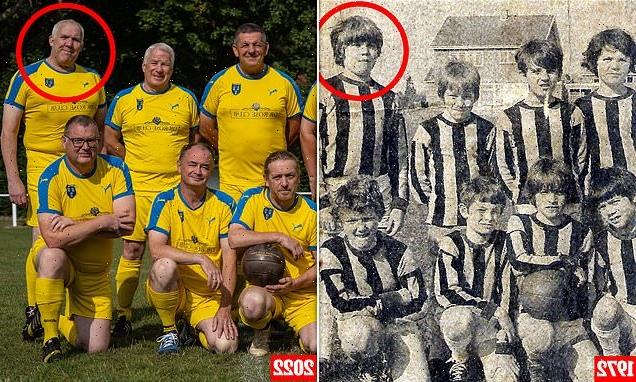 When Graeme Jones scored a vital goal for his school 50 years ago, he celebrated as only a football mad ten-year-old would.

Little did he know, players on the other side have borne a grudge against him ever since – because the goal that deprived them of a win was a foul.

Now Mr Jones, 60, has finally ‘put right a wrong’ by organising a rematch with exactly the same line-up as the one in September 1972 when – in the final seconds – he shoved the keeper with the ball yards over the goal line to earn a ‘dubious’ draw.

Mr Jones spent 18 months assembling the teams from his school, Gayton Primary, and St Peter’s CofE in the Wirral for the rematch, which took place on Saturday.

But it seems karma came back to bite – because his team fell to a stunning 6-2 defeat to their rivals.

Though Mr Jones, a former Royal Navy training instructor, was disappointed with the result, he said he could now put his ‘demons to bed’. 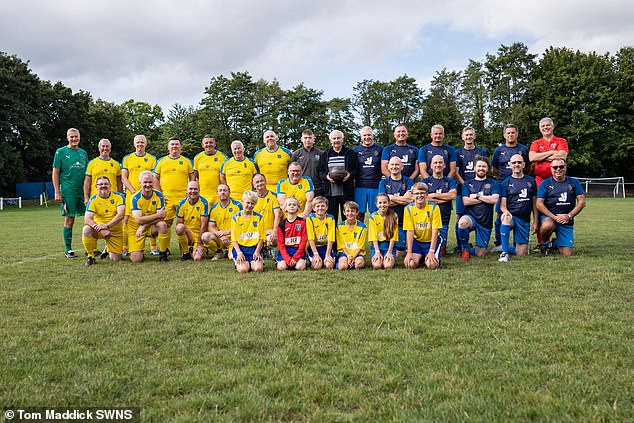 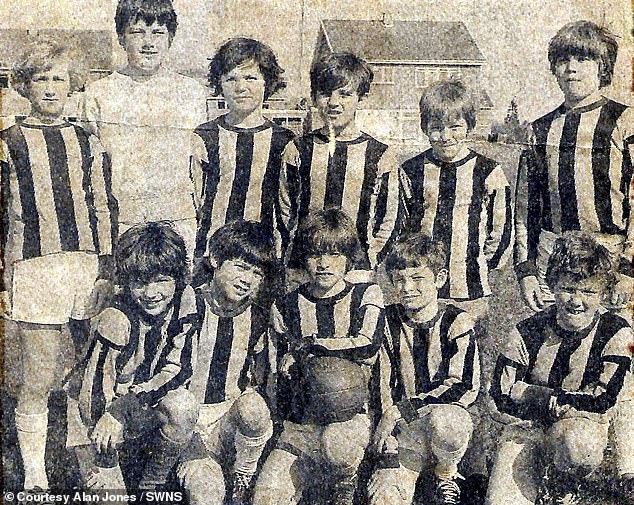 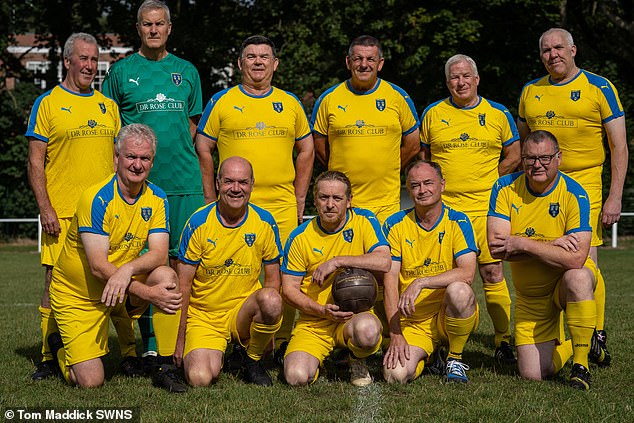 50 years on, the Gayton Primary eleven came back together to recreate the game and the photo, with Mr Jones pictured back right again

‘We got stuffed because they had to bring on a couple of ringers,’ he said.

‘But my conscience is clear now, and we would have still lost regardless.’

Mr Jones came up with the idea for the match during lockdown in 2020 after finding a cutting of a photograph of his old squad. 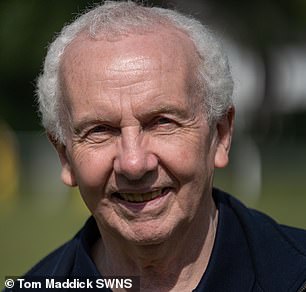 Mr Jones even managed to contact his old PE teacher, Alan Jones, who awarded his team their controversial equaliser

When he shared the idea with his neighbour Craig Allen, who scored the opposition’s only goal in the 1972 game, he was shocked to find there was bad blood.

‘He told me, “I remember that game, and I’ve never forgiven you. You shoved the goalkeeper about ten feet behind the line in the corner in the dying minute, and your school PE teacher gave the goal.”’

Mr Jones added: ‘I was a centre half back in the day, and I just came up and bulldozed my way through.’

Over months, Mr Jones tracked down the original players, and posed with them in a recreation of the team photo on Saturday. He said: ‘I had to bully a few people into doing it. The opposition got a team together, but I gave them some leeway on their side in terms of age.’

He even managed to contact his old PE teacher, Alan Jones, who awarded his team their controversial equaliser. Now in his mid-80s, he was given the honour of observing the coin toss ahead of the game.