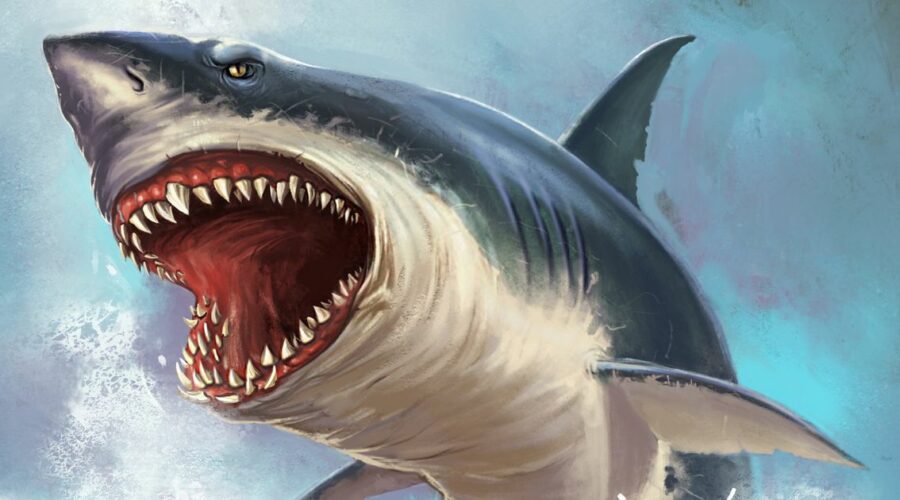 One of the world's most mysterious ancient sea beasts was thought to have been killed off by great white sharks, a new study has shown.

And all it took was to analyse the teeth of both creatures.

The Megalodon is often the topic of dodgy science films found on the SyFy channel, but it has always been a fact that the 65ft (20 metre) giant shark swam our oceans between 23 million and 3.6 million years ago.

But it now appears, thanks to a study conducted by Chicago's DePaul University professor Kenshu Shimada that a more modern beast killed it off.

Despite being around three times smaller, the Great White Shark is now thought to have ended the reign of the Megalodon.

Co-author of the report, Professor Shimada said: “These results likely imply at least some overlap in prey hunted by both shark species."

Analysis of zinc levels found they were at the top of the food chain – meaning nothing ate them.

An international team generated a database of values across 20 living and prehistoric shark species ranging from aquarium and wild individuals – to Megalodon.

“But what was truly remarkable is zinc isotope values from Early Pliocene shark teeth from North Carolina suggest largely overlapping trophic levels of early great white sharks with the much larger Megalodon.”

Megalodon was already six and a half feet at birth – dwarfing most humans. Offspring would have been particularly vulnerable to starvation, especially as Great White Sharks ate the same things.

Results were as reliable as more established nitrogen examination of collagen – the organic tissue in dentine.

Prof Shimada added that it would not be able to survive in the cold waters of the deep – the only chance of going unnoticed.

He said: "While additional research is needed, our results appear to support the possibility for dietary competition of Megalodon with Early Pliocene Great White Sharks.

“Our research illustrates the feasibility of using zinc isotopes to investigate the diet and ecology of extinct animals over millions of years, a method that can also be applied to other groups of fossil animals – including our own ancestors."