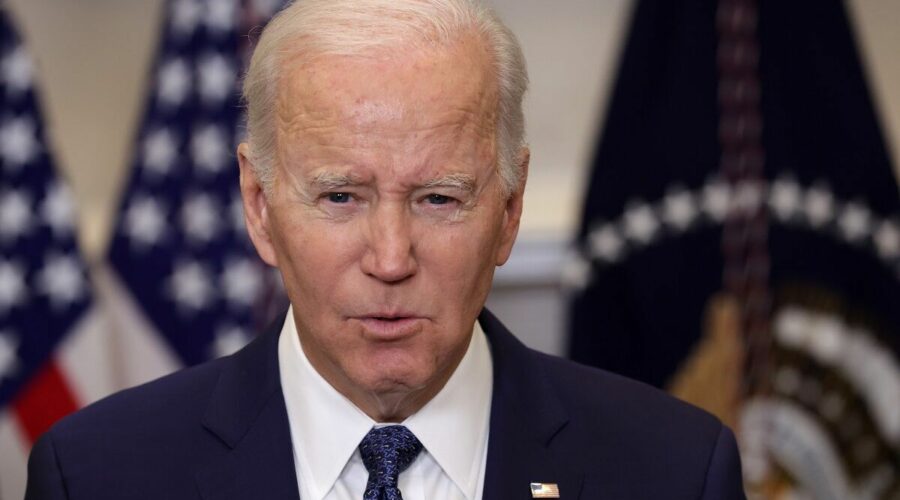 Volodymyr Zelensky greeted by Joe Biden at The White House

President Joe Biden’s U-turn was designed to unlock similar pledges from allies with fighting likely to escalate in the spring. It came after a call with Prime Minister Rishi Sunak, Chancellor Olaf Scholz of Germany and French President Emmanuel Macron.

Mr Biden said sending the tanks would “enhance Ukraine’s capacity to defend its ­territory and achieve its strategic objectives” because they are “the most capable tanks in the world”.

The President denied it was a direct danger to Moscow, but the Kremlin claimed it was a “blatant provocation”. Mr Biden said: “This is about helping Ukraine defend and protect Ukrainian land. There is no offensive threat to Russia.

“These tanks are further ­evidence of our enduring, ­unflagging ­commitment to Ukraine and our confidence in the skill of Ukrainian forces.”

A US official said: “The reason for 31 is because that is how many tanks would constitute a Ukrainian tank battalion. So we are specifically meeting that requirement.”

America will provide training and supplies to operate and run the tanks.

Germany has pledged to contribute 14 of its Leopard 2 tanks and gave the green light for other European countries to send 100 Leopard 2s, which were manufactured in Germany. Poland, Finland, Norway, Spain, Portugal and Holland have all expressed interest in helping out.

France could ­send some of its advanced Leclerc main battle tanks. Ukraine urgently wants at least 300 tanks. Training of Ukrainian troops in Germany will begin soon and Berlin will provide logistics and ammunition.

Moscow warned the new Nato supplies would “burn like all the rest”.

Mouthpieces for President Vladimir Putin were later paraded on Russian state TV threatening nuclear apocalypse. Yevgeny Satanovsky, president of the Moscow Institute of the Middle East, called for nuclear-tipped ­missiles to be used on the centre of German democracy.

“The Soviet Union bombed Berlin in 1941.

Russia’s ambassador in Berlin Sergey Nechayev said: “This extremely dangerous decision takes the conflict to a new level of ­confrontation and contradicts statements by German politicians about the unwillingness of the German Federation to get involved.” Mr Sunak has already agreed to send 14 Challenger 2 tanks.

He said: “Together, we are ­accelerating our efforts to ensure Ukraine wins this war.”

Ukrainian President Volodymyr Zelensky – who celebrated his 45th birthday on Wednesday – welcomed the news of tank reinforcements ahead of a feared Russian push in spring.

He said: “I am very thankful to the world for the support for Ukraine. But speaking frankly, the number of tanks and the delivery time is critical.”

On Wednesday Ukraine said it had withdrawn from the small town of Soledar after weeks of heavy fighting to save soldiers’ lives of personnel.