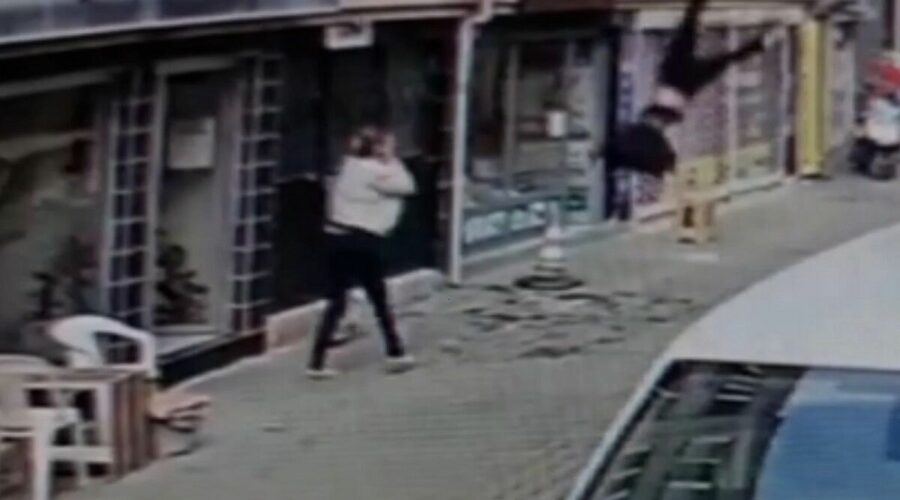 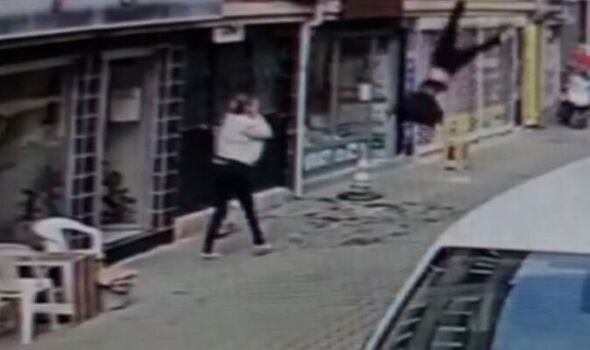 A 15-year-old girl has tragically fallen to her death while trying to catch her mobile phone in at town in Turkey. The teen died in the town of Ortaca in Mugla province, which is hundreds of miles from Istanbul.

CCTV cameras captured the horrific moment the girl fell from the four-storey building.

A stunned onlooker, was pictured a few metres away from the incident.

According to The Sun, Melike Gun Kanavuzlar, 15, was trying to catch a mobile phone she had dropped while trying to take a selfie.

First responders, including police and medical workers, attended the scene, and local reports say Ms Kanavuzlar was taken to the state hospital in critical condition.

She was transferred to the Intensive Care Unit in a hospital in Mugla (located in southwest Turkey).

She was buried on Sunday (October 30).

Earlier in the year, a 34-year-old woman with a “heart of gold” also lost her life after a fall from a seventh-floor balcony in Turkey.

Jenna Smith had been on a three-week holiday with friends when she fell to her death in July.

Speaking to the Liverpool Echo, friend Hayley Weston paid tribute to her as she said: “She was dead loving, she had a heart of gold and would do anything for anyone.

“Jenna was brought up by her nan and grandad so she cared for them because her mum had passed at a young age.”

Turkey is a popular tourist destination for UK tourists.

In 2019, British nationals made more than 2.5 million visits to Turkey.

While the majority of trips to the country are trouble-free, Gov.UK foreign travel advice warns UK tourists: “You should carry your passport and a printed copy of your visa (if applicable) or residence permit at all times.”

It also adds: “Be alert to your surroundings and remain vigilant in crowded places popular with foreign nationals, including during festival periods.”

01/11/2022 World News Comments Off on Girl, 15, dies after falling while trying to catch phone in Turkey
Markets