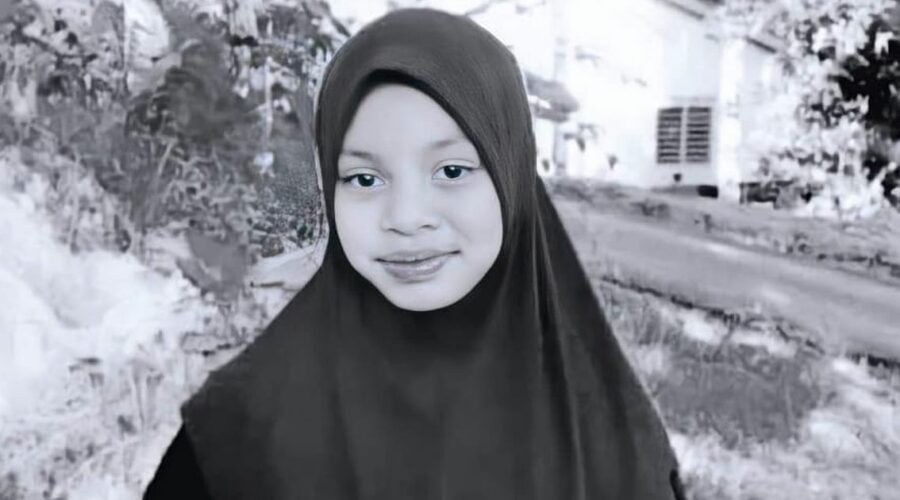 A 12-year-old girl who was charging her mobile phone has died in a freak accident after lightning struck her house.

The youngster, named Nur Asyqin Qistina, had been holding her mobile phone at the time of the lightning strike in Kampung Baru Sungai Raya Luar of the Gua Musang District in Malaysia.

Local police chief superintendent Sik Choon Foo is said to have issued a statement to local media saying the lightning struck at 4:50pm during a thunderstorm on Monday, August 15.

Chief Foo added that the father of the deceased had returned home after learning of a power outage in the area, but on returning to his home, his wife informed him that his daughter, Qistina, was unconscious.

Chief Foo's statement reportedly read: "After the complainant (the victim’s father) finished his prayers at the nearby surau, he went home upon learning that there was a power outage at his house.

"About 15 minutes later, he was informed by his wife that their daughter was unconscious.

"The father then checked on Nur Asyqin Qistina and found there were burn marks on her arm and mattress.

"There was also a mobile phone in her daughter’s right hand and a phone charger near her."

The girl's father, identified as M Nor Zawawi Awang, 54, is said to have taken his 12-year-old daughter to the Kuala Betis Health Clinic, where she was tragically pronounced dead.

Investigations from the police showed "no criminal element" to the death, with official spokesperson Chief Foo saying that the incident was likely caused by the lightning strike.

Police Chief Foo added: "Investigations showed that there was no criminal element involved in the girl’s death and the incident was believed to have occurred after the solar inverter at the complainant’s house was struck by lightning."