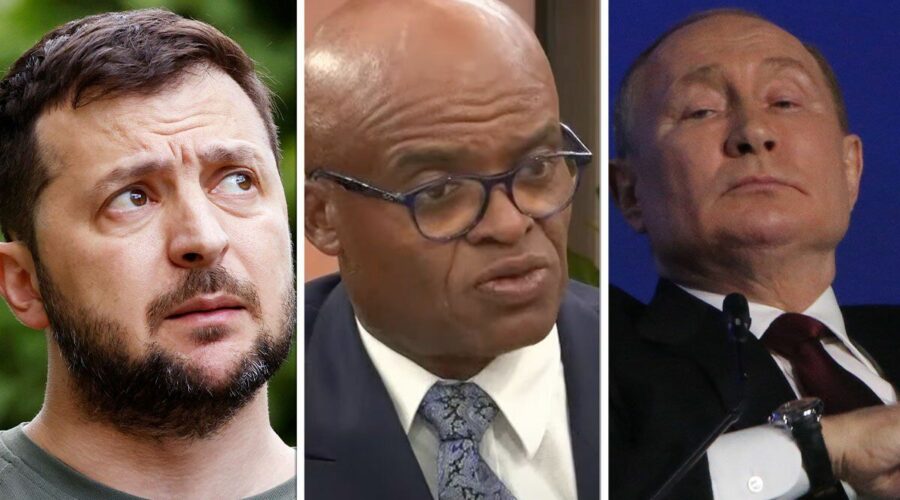 The new commander of the UK army, General Sir Patrick Sanders, has said British troops must be ready “to fight in Europe once again”, as Ukraine’s soldiers are struggling to hold the line against Russia’s troops’ advances in the eastern Donbas region. General Sanders wrote in a Times article that British troops are “ready to go and fight” in a “lethal way” if a called upon, suggesting British troops could directly fight on the ground. The statement ratchets up tensions with Putin’s Russia, as NATO and its Western allies have refused direct military intervention on the ground amid fears of a direct confrontation with Russia that could plunge the conflict into World War III.

Former army commander Kriss Akabusi said: “Well, yeah. I mean, I’m not sure about World War III but that’s certainly getting ready to get involved on land in the conflict that we’re now witnessing in Ukraine and Russia.

“I called a back end of Lord Dannatt (former Army head) to discuss with you, guys. And when I was in the army, we had 55,000 soldiers in the British army of the Reich.

“Just in Germany,” Mr Akabusi confirmed. “And he was saying that without the 72-73,000 in recent cuts across the army, overall. And it’s clear, as he was saying, our focus has been on sandy places over the last 20 years. Iraq, etcetera. Afghanistan.”

Mr Akabusi said: “Now for the very first time, since the 1940s, we’ve got a massive conflict in Europe. Initially, when I read this piece, what I thought was being said was much more about a protection force going over, being part of NATO, the Baltics, Finland, etcetera.

“But indeed, what it appears from Lord Dannatt is we are preparing to be joined further into the conflict with Russia and Ukraine.

“And not just be providing arms and weaponry but actually men and women in frontline forces. That’s a massive step.

“I remember in February when we were talking about get involved, no boots on the ground, well it appears that the new head in chief is ready to ramp this up and put troops on the ground.”

Mr Holmes jumped in, asking: “But he’s doing the right thing. I mean, as a soldier, you would want to be that pre-emption. You would want that the idea that this is a strong possibility. You’re not going to hear from politicians.”

Mr Akabusi said: “Well, what you want is that we put our hat in the ring for the – because it’s money, isn’t it? So basically, the Ministry of Defence are saying we want efficient money and we want to recruit and redrive.

Mr Akabusi said: “Rearm, precisely that. So, with all the people that are contending, the army are saying: ‘us too Don’t forget about us.’

“Because actually without us, everything is going to fall us in. We have to be able to defend our realm. And it appears that that realm is not just on GB borders, it’s actually as far-flung as Ukraine, the Ukrainian border with Russia.”

In a message to his soldiers, Sir Patrick said Russia’s attack on Ukraine “underlines our core purpose to protect the UK by being ready to right and win wars on land,” according to Sky News.

“There is now a burning imperative to forge an Army capable of fighting alongside our allies and defeating Russia in battle,” he wrote.

Ukrainian President Volodymyr Zelensky has warned Russia will intensify “its hostile activities” against Ukraine and “not only against Ukraine, but also against other European countries.”