A North Carolina family was shocked after their beloved white German Shepherd gave birth to a green puppy they named Hulk.

The Stamey family in Canton, were excited when their dog, Gypsy, began giving birth to a litter of puppies on January 10.

Gypsy would give birth to eight puppies in total, but the fourth newborn caused a stir when he arrived. 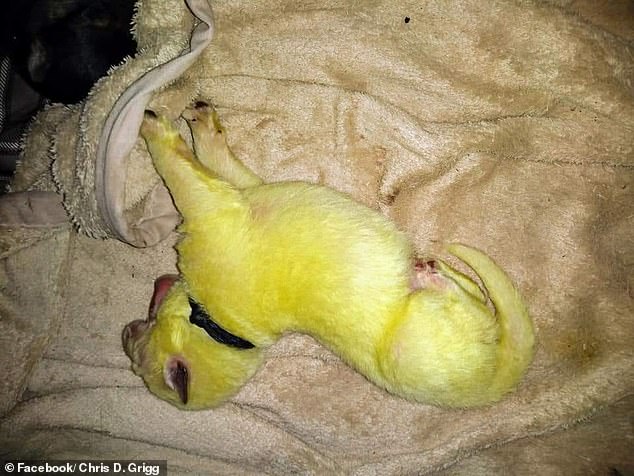 ‘Then I realized the puppy was moving, and he was lime green,’ Shana Stamey told WLOS.

Photos show the small pup with a bright, light green tint that stands out against his white and black furred siblings.

Stamey said: ‘Hulk! It was lime green. He was super mad. So, yeah, he became Hulk. We thought about Gremlin, yeah, Pistachio. We call him Mr. Green sometimes.’ 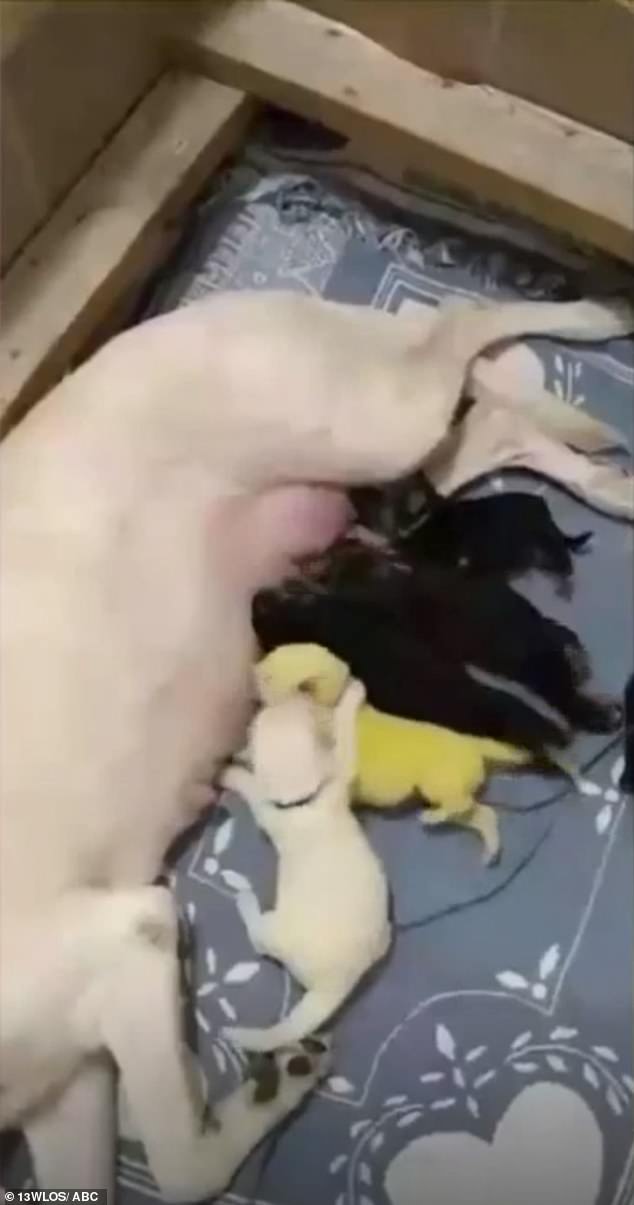 Hulk’s bright green fur stands out against his seven siblings white and black fur while feeding from their mother, Gypsy 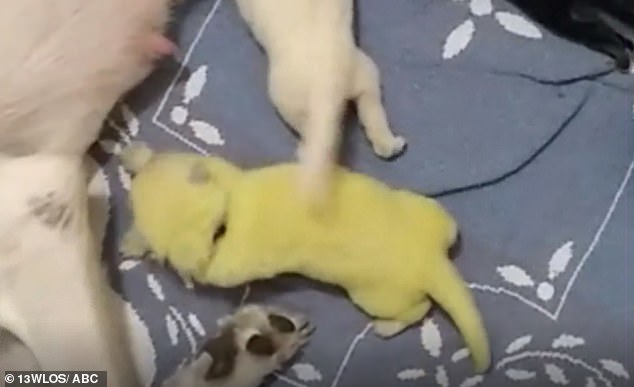 According to Suzanne Cianciulli, a veterinarian technician at Junaluska Animal Hospital, Hulk got his surprising color from his mother’s sack.

‘The sack that they’re in when they’re in their mom, there can be meconium in there and that tends to stain them,’ she said.

Meconium is an infant mammal’s earliest stool and is especially potent on white fur. 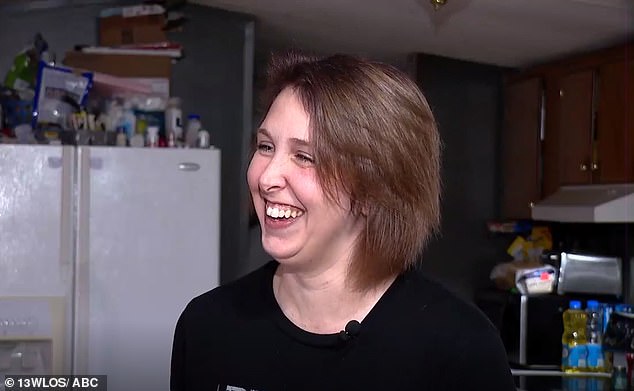 Shana Stamey: ‘It was lime green. He was super mad. So, yeah, he became Hulk. We thought about Gremlin, yeah, Pistachio. We call him Mr. Green sometimes’

Another reason for green puppies is a green bile pigment called Biliverdin that is found in the placenta of dogs.

‘I knew it wasn’t like harmful. But I still had to look it up again to make sure,’ Stamey said.

The green will naturally fade from Hulk’s fur over the course of the next few weeks as he’s bathed.

‘Mom licks it away until I bathe it and then, I guess after a couple of weeks, it will finally like fade out,’ said Stamey.

Stamey said the family plans on putting the litter for adoption when they’re old enough in loving homes.